**Update: Chris Evans has issued a statement on Twitter implying that he never followed James Gunn.

Same. Someone either didn’t do their homework or is deliberately trying to kick beehives. I’m guessing the latter. https://t.co/J267DGAEQO

However, we used DoesFollow.com and came to the same result as the Twitter User below where it shows that Evans unfollowed Gunn on July 25th. In fact, I tested out the application using my own personal account and the Bounding Into Comics Twitter account. The text showing when the unfollow occurs changes. You can see where it clearly says “changed on 2018-08-01,” in the same location where Evans and Hemsworth’s dates are given for their unfollow. 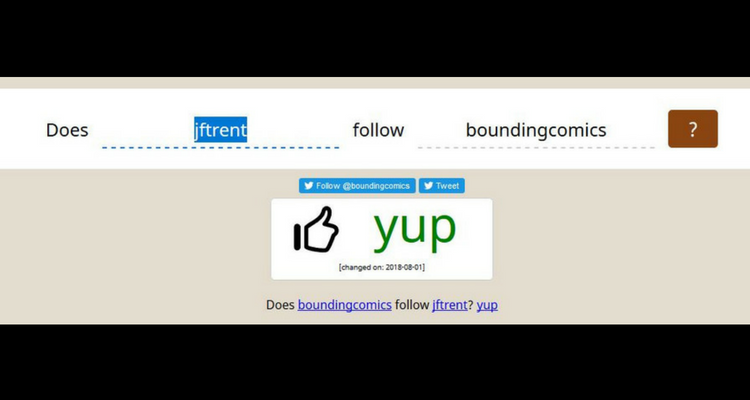 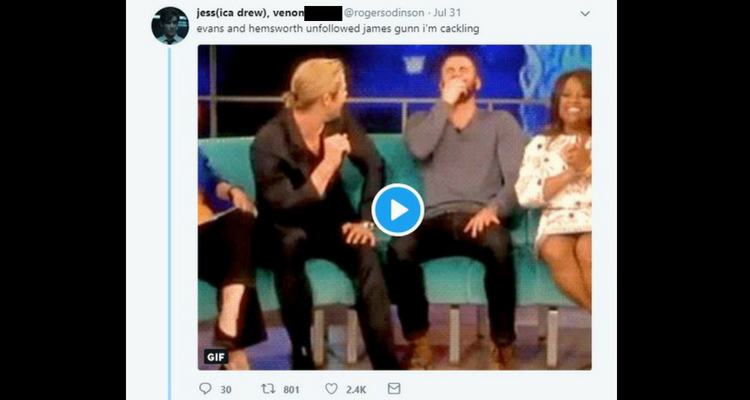 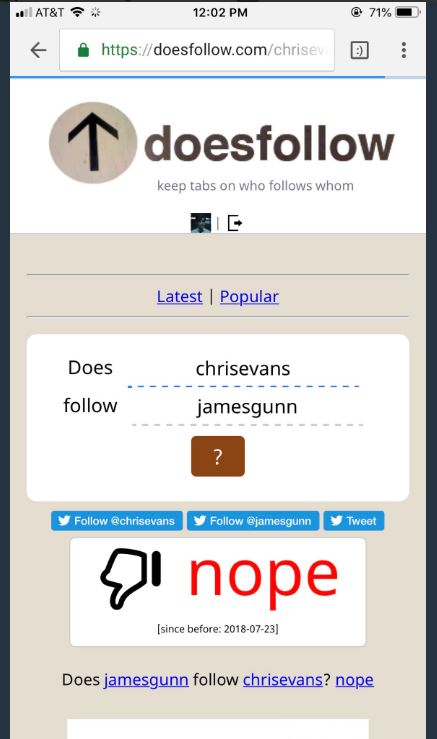 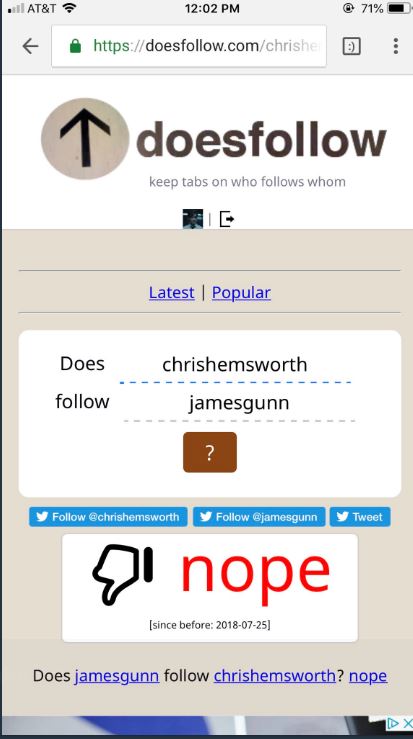 Based on one Twitter user’s sleuthing, Hemsworth unfollowed Gunn on July 25th and Evans unfollowed him on July 23rd as can be seen in the photos in the Tweet above. James Gunn was fired by Disney on Friday, July 20th.

While it might seem inconsequential to many that Evans and Hemsworth would unfollow Gunn, celebrities following and unfollowing each other has actually been an indication of actors landing big movie roles with certain directors before any official announcements are made.

Given the timing of when Hemsworth and Evans unfollowed Gunn it definitely appears to be because of his firing from Disney, which owns Marvel Studios and the Marvel Cinematic Universe. However, neither Hemsworth nor Evans have made an official statement about Gunn yet.

Their statement came on the heels of a fan petition for Disney to rehire James. That petition has been signed by nearly 360,000 people. The petition has been shared by Dave Bautista, who plays Drax, as well as Selma Blair, who starred in the Hellboy franchise.

According to Variety and their sources, there “has been a growing feeling that Gunn could be reinstated, especially because Marvel and Disney have been unusually radio-silent on who could replace him since the firing.”

What do you make of Hemsworth and Evans unfollowing Gunn on Twitter? Are they distancing themselves from the former MCU director on purpose? Do you think Disney could rehire him?