Marvel Comics, writer Donny Cates, artist Dylan Burnett, and colorist Antonio Fabela have put together a brand new Guardians of the Galaxy in the pages of Cosmic Ghost Rider #2.

After rejecting the peace and serenity of Valhalla, Frank Castle as the Cosmic Ghost Rider decided to travel back in time to change history. His goal was to kill baby Thanos, but he couldn’t pull the trigger. Instead he kidnapped baby Thanos and took him on a road trip to meet up with Galactus. Once he meets up with Galactus, he reveals his new plan is to rehabilitate Thanos. But it won’t be an easy path. Galactus demands Castle hand over Thanos so that he may kill him.

But Galactus isn’t the only one standing in Frank Castle’s way. A brand new Guardians of the Galaxy team has deemed the consequences of Castle raising baby Thanos are extreme and have decided to intervene.

Just who is part of this new Guardians of the Galaxy team? Well, for one, they are lead by none other than Nathan Summers a.k.a. Cable.

However, the rest of the team looks to be an amalgamation of different characters. There’s A Howard the Duck and Juggernaut combo. A Rocket Raccoon and Groot combo, but he also appears to have the Nova Corps symbol emblazoned on his chest. There’s a Captain America and Captain Marvel mash-up, and then what appears to be Jubilee. 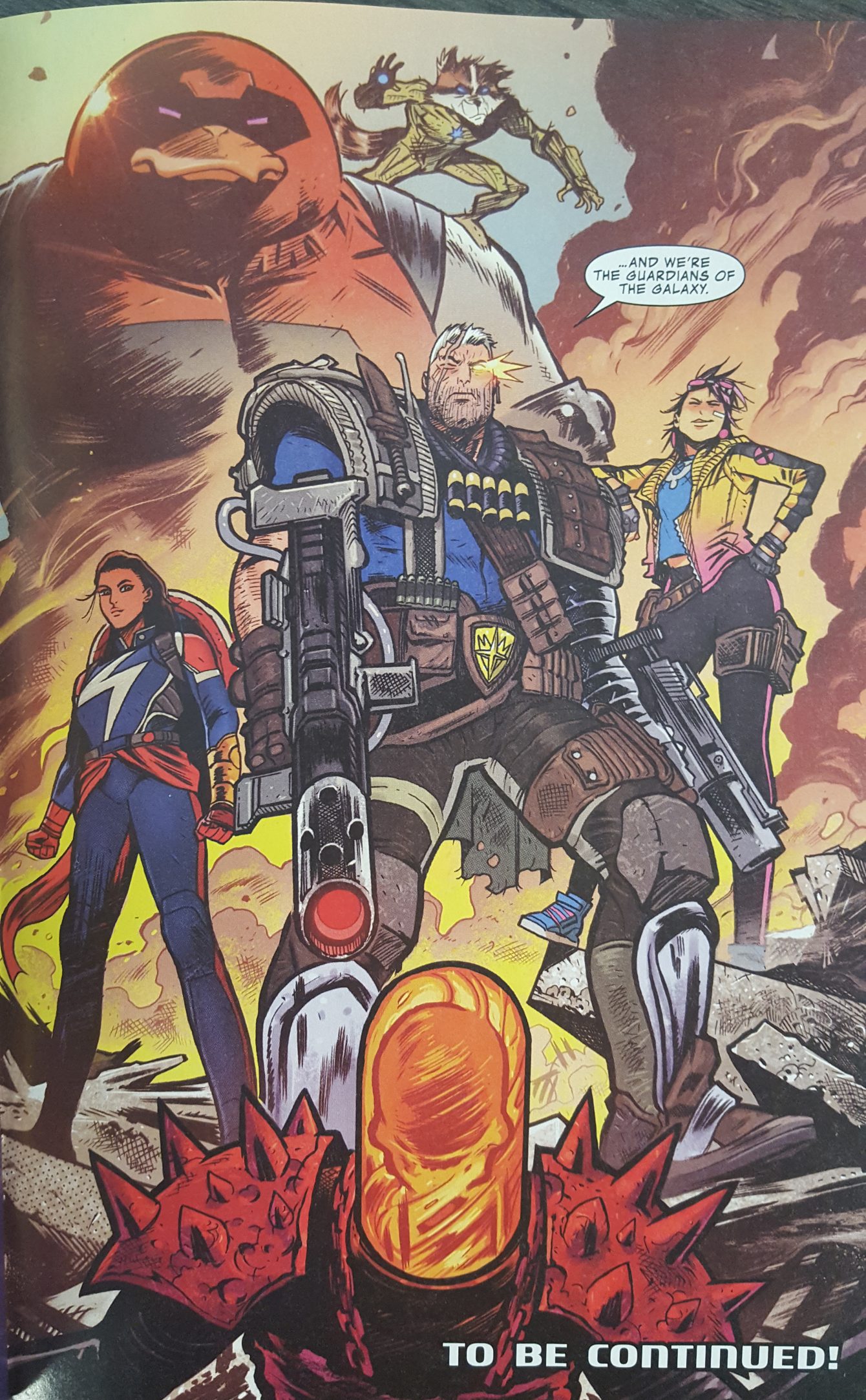 It’s a formidable team, but given what we’ve seen of the Cosmic Ghost Rider’s powers they probably don’t stand a chance against him.

What do you make of this new Guardians of the Galaxy team? Do you like the line-up? Are you interested to see what exactly these folks are capable of? Or do you think this is an absolutely terrible idea and should have never been put into print?