Vox Day and Arkhaven Comics, who were insulted in Dynamite Comics and Atari’s Centipede #4 by writer Max Bemis, artist Eion Marron, and letterer Taylor Esposito has issued an exclusive response.

The comic insulted Day and Arkhaven Comics’ ongoing series [easyazon_link identifier=”9527303001″ locale=”US” tag=”boundingintocomics-20″]Alt Hero[/easyazon_link] by calling it “a joke” in an alien language.

Here’s the inverted image so you can more readily read the “alien language.”

Esposito is no stranger to controversy. He notoriously was involved in a Facebook discussion where B. Clay Moore threatened to follow Diversity & Comics around a convention room floor in the aims of goading him into violence.

Esposito proudly proclaimed, “I’d love to yell ‘one punch’ after you level him.” 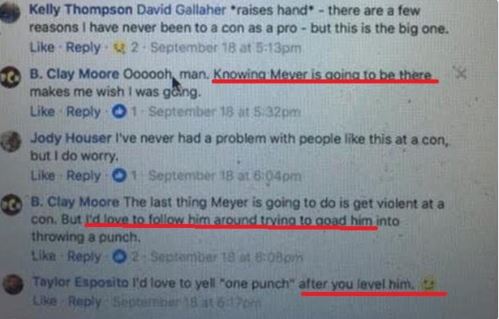 Vox Day issued a statement regarding the insult in Centipede #4:

“We’re not even remotely surprised to see that our lesser competitors are frightened of what Arkhaven, Dark Legion, and Alt-Hero represent. Radical change is coming to the comics industry, and it is coming faster than they believe possible.”

He also wanted to share the cover for Alt-Hero #3, which is expected to be released this upcoming Monday, August 6th. 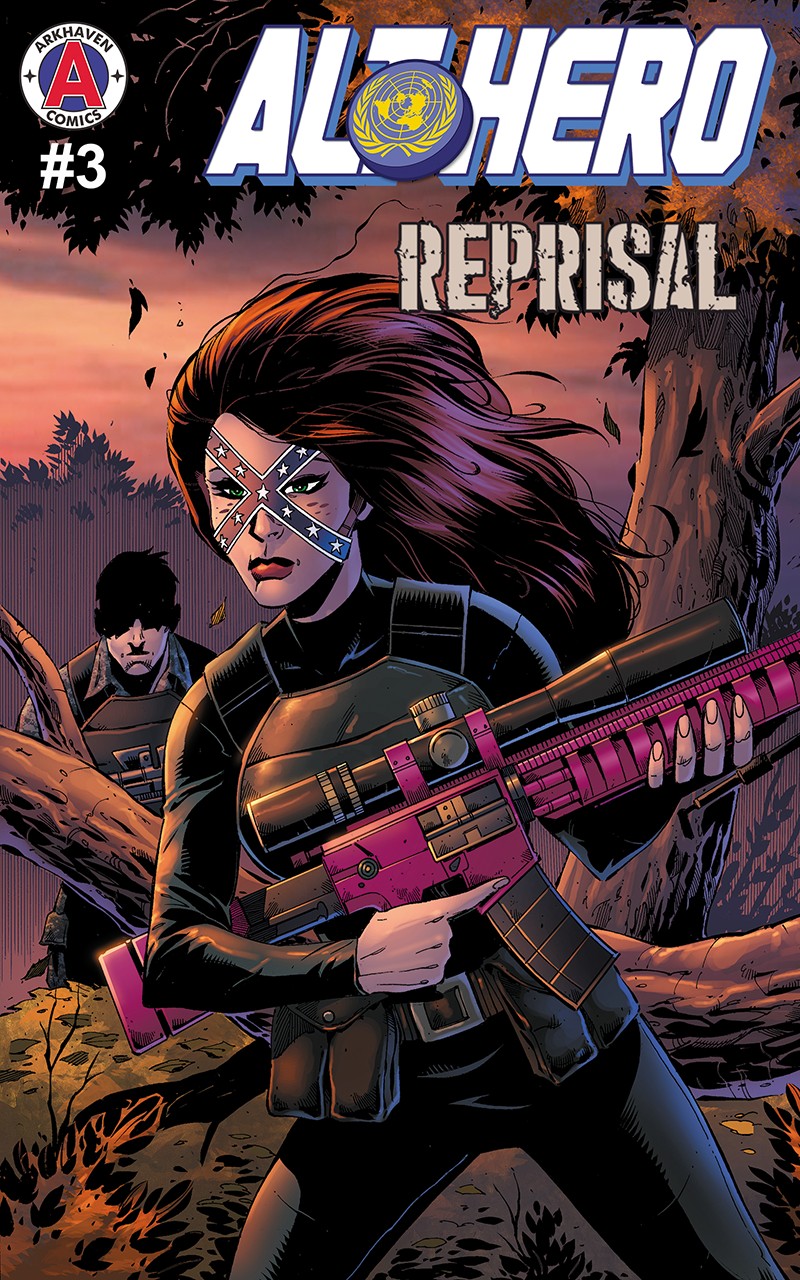 Del Arroz also happens to be the author of the first Alt-Hero novel which will be published through Vox Day’s Castalia House. It is expected to debut in September.

Jon Del Arroz gave us a brief synopsis of what to expect:

“The Alt-Hero novel is going to be an original book about a teenage boy who first activates his powers and gets in over his head as the U.N.’s superhuman program conscripts his abilities. It ties into both the main Alt-Hero storyline and Chuck Dixon’s Avalon.”

He is also adapting The Ember War Saga into comic book format for Arkhaven Comics. The science fiction novel written by Richard Fox won the Dragon Award for the bestselling science fiction series.