Marvel Comics released a brand new trailer, The Return of the Fantastic Four, for their upcoming launch of Fantastic Four #1 written by Dan Slott with art by Sara Pichelli.

In the trailer, writer Dan Slott praises Fantastic Four creators Stan Lee and Jack Kirby and teases what readers can expect in the upcoming series.

Slott teases that Doctor Doom will be appearing in the series, “Keep an eye out for Castle Von Doom. You’ve been missing a villainous Doctor Doom in the Marvel Universe for awhile, haven’t you? Is he a hero? Is he a villain? He’s complicated. And the one thing you know about the Fantastic Four is 2+2=4. That’s at the heart of it. They all have to be there together.”

“Sara Pichelli has such a wonderful sense of character and sensitivity in her drawings that she really brings these characters to life.”

Marvel’s Editor-in-Chief C.B. Cebulski also adds, “Where have Reed and Sue been? Not just the fans, but their family members. Ben and Johnny have been looking for Reed and Sue as well. In Fantastic Four, the new launch, we will finally get the answer to those questions.” 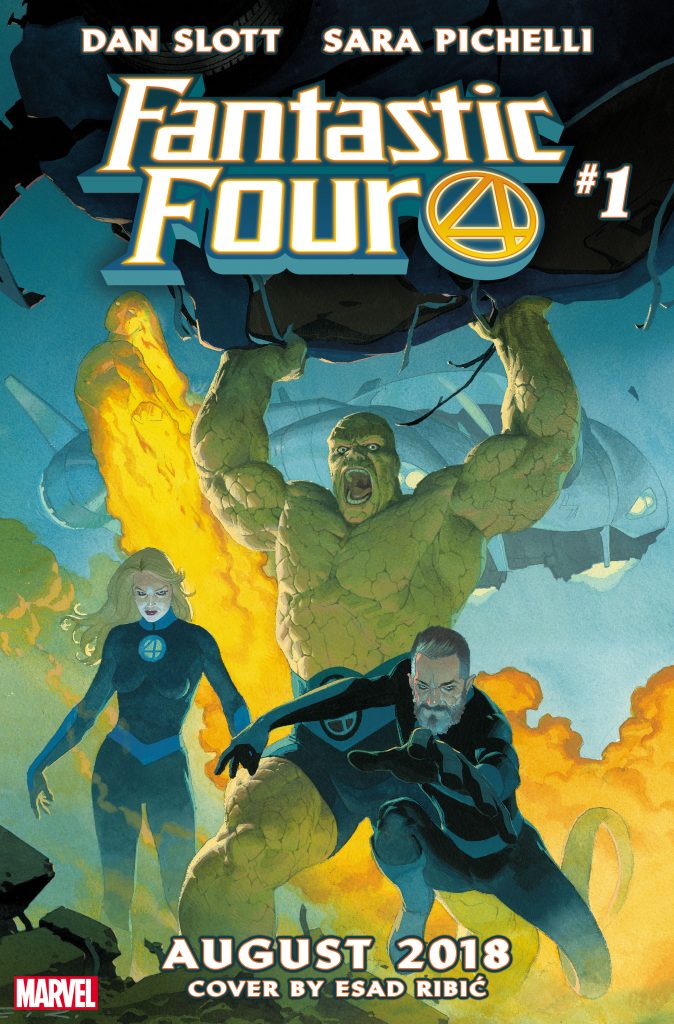 Marvel reveals the new series will launch 57 years to the day that the Fantastic Four was introduced to the world. Fantastic Four #1 hits comic book shelves everywhere on August 8, 2018. It will feature a main cover by Esad Ribic.