New photos have surfaced of Guardians of the Galaxy director James Gunn attending what appears to be a pedophilia-themed costume party.

The first to uncover the photos appears to be the Daily Caller’s Ian Miles Cheong. 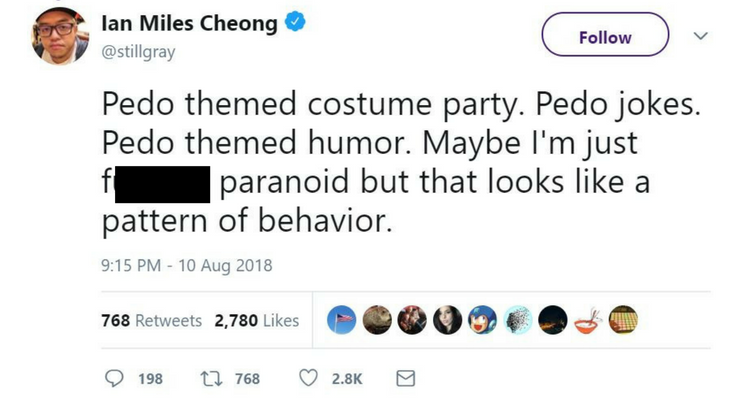 You can see in Cheong’s Tweet, the theme of the party was “To Catch a Predator.”

To Catch a Predator was a Dateline NBC program hosted by Chris Hansen that covered confronting pedophiles who were trying to make contact with kids ages 12 to 15. After the predators were confronted they were arrested by local police. The series featured 12 investigations after first appearing in 2004.

Here’s a good look at the photos. You can see Gunn dressed up as a priest with a number of women dressed as young children. 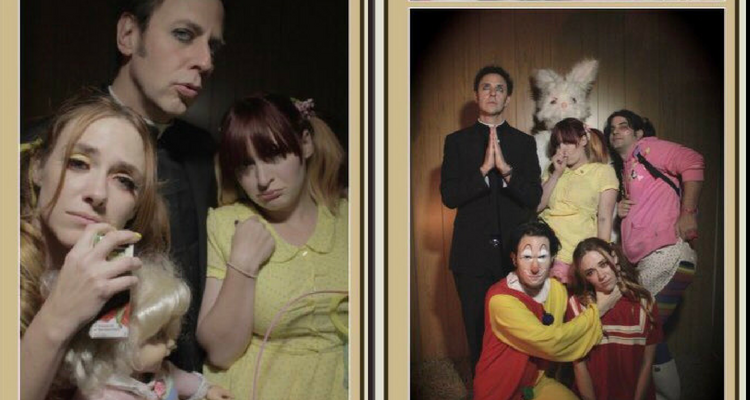 Gunn was fired by Disney after a number of sickening Tweets surfaced involving child rape, pedophilia, and molestation.

Recent reports indicated that Disney was actually planning on bringing James Gunn back into the fold.

“Sources said the Marvel contingent is trying to persuade Disney to explore a compromise that might bring Gunn back into the fold for Guardians 3, something that clearly would be best for the franchise.”

This report comes after the entire Guardians of the Galaxy cast signed an open letter in support of James Gunn. Along with the letter of support Chris Pratt, who plays Star-Lord, called for James Gunn to return to the director’s chair.

Dave Bautista, who plays Drax, has been the most outspoken about getting Gunn back in the chair or at least involved in the film to some capacity. He even threatened to quit the film if Gunn’s script was not used for Guardians of the Galaxy Vol. 3.

Do you think Disney should rehire James Gunn?