Crowded, the new comic series from Image Comics and writer Christopher Sebela, gives us a look at a potential near-future society that has lost itself in the convenience of technology and the ability to get nearly everything done with the downloading of apps. Most disturbing is the Kickstarter-like crowdfunder, Reapr, which allows people to put out hits (that means you want them to get killed) on random people. The more people pledge, the higher the probability that you are going to get whacked (again, for all my non-mobster friends, that means you get killed).

That’s the precise situation that our protagonist Charlie finds herself in. She’s been put on the Reapr website and, surprisingly, manages to collect the largest dollar amount in the website’s history. Who did it and why is the underlying mystery to the whole story. Charlie, as scared as she is, remains aloof and clueless in spite of the danger exhibited by her inability to remain out of the public’s sight until the month-long pledge runs its course. 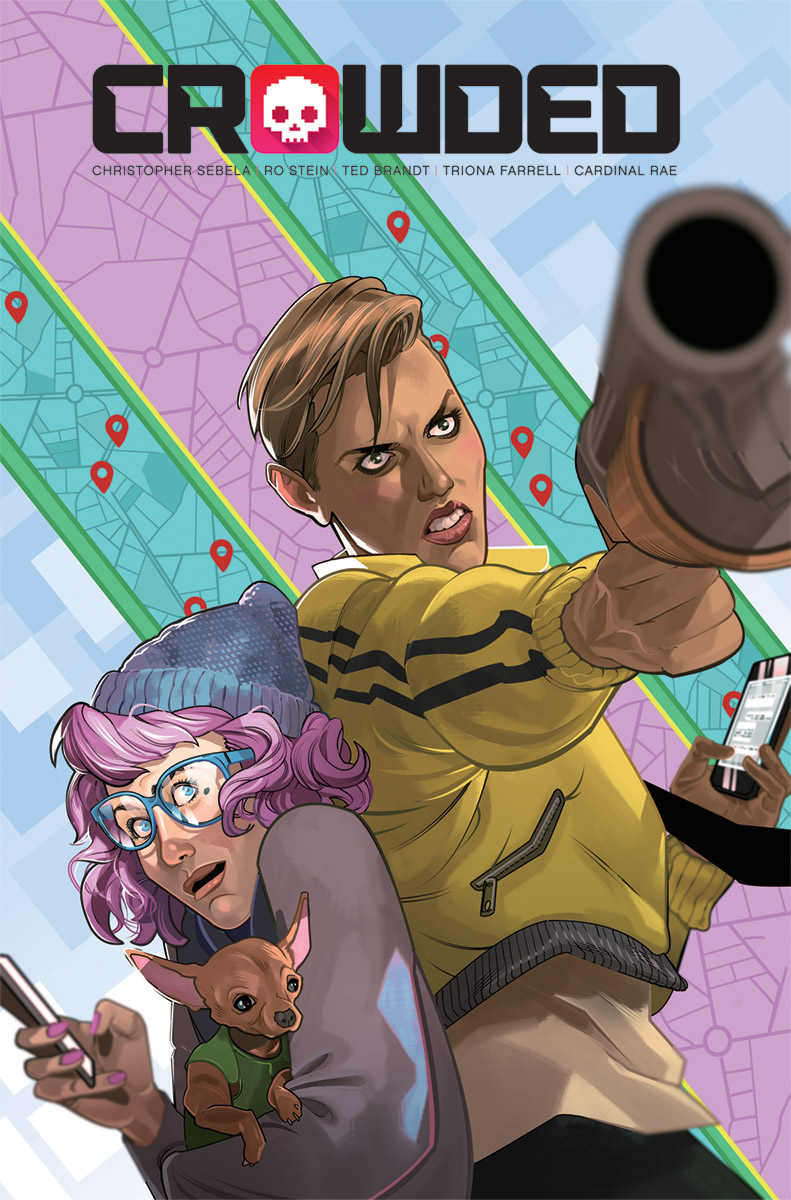 Charlie enlists the help of a bodyguard named Vita which she found on Dfend (again, another app that, for some reason omits one “e”). Vita is the lowest-rated bodyguard on the app. Clients apparently don’t like her even though she’s never lost one while working for the service. Vita is highly skilled at her job and displays a gruff, tough-as-nails demeanor. Her endless frustration with Charlie and her ugly dog is the source of some funny moments.

That’s the basis for the story and while it is yet another satirical look at our ever-disengaged society (which we get an awful lot of in comics), it remains fresh in the “crowded” genre by employing the interesting hook of utilizing a crowdfunding campaign gone wrong. We, as a society, are slowly and steadily losing ourselves to the convenience of apps, entertainment on demand, and unending selfies that all look objectively identical.

We are losing our ability to interact and maintain relationships and Charlie is the perfect reflection of our society on a whole. She lives completely within what her phone allows and her complete detachment from what is going on around her is a scary look into what will happen to people who exist primarily in social media and lose their human sense of self. Vita, on the other hand seems to represent the other side – those who are pushing against this detachment from reality. She lives in the real world, deals with it as it is, and seems angry at the uselessness of it all.

The biggest problem here is that neither of these characters are likable. Charlie is annoying and reminiscent of a terrible society to be likable and Vita is so angry and off-putting that she offers almost nothing for the reader to sympathize or connect with. The plight of Charlie is supposed to be the driving force behind the story, but during the course of my reading, I think that if someone had successfully put a bullet through her head I wold have been just fine with it. There are some fleeting traces of humanity that Vita displays on the final pages, but for the most part, the first issue doesn’t do much to endear these characters to us. 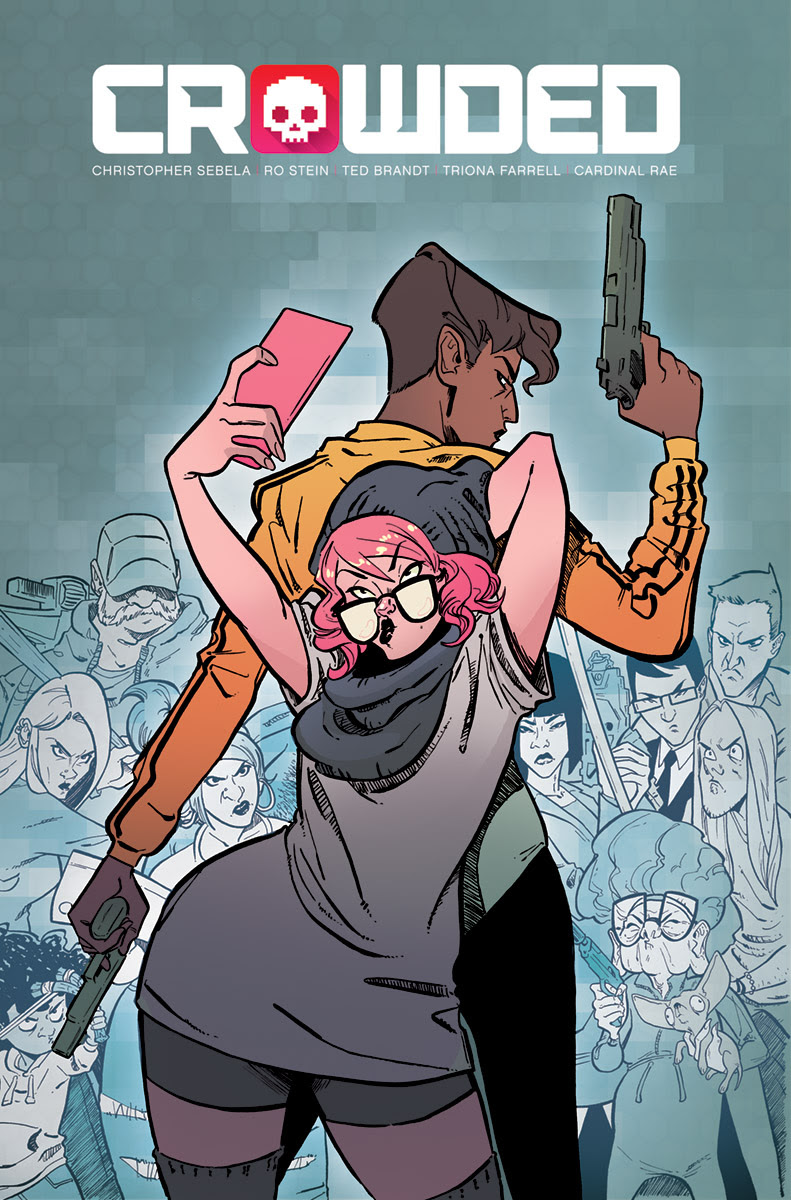 One highlight of Crowded is the fantastic action and the dynamic artwork that captures it so well. Much of the issue plays like a big, fun, 80s action movie with guns firing, cars crashing, and things exploding. The car chase showcases Vita’s adeptness at dealing with adversity with whatever she happens to have lying around. The artwork from Ro Stein and Ted Brandt brilliantly captures all the frantic goings-on. It’s fun and cinematic; the characters display a definite cartoon-like, but highly expressive aesthetic that works well. Models are over-exaggerated to remind us that this is a hyper-realistic version of our world.

Crowded #1 offers up an interesting premise in a cliched genre and for that, it deserves some credit. Ultimately though, I couldn’t connect with the characters and thus, couldn’t care all that much about what happens to them. This may be remedied in future issues but thus far, issue #1 is all we have. I’m also a little confused about the universe. It’s obviously present day Los Angeles, but what has happened to the world? Is murder legal now? Are there any cops left? Again, these question may resolve themselves in the coming months, but for now, I remain optimistically skeptical.