Despite the odds, Garfield is still a strong presence in our pop-culture landscape. He’s been around for nearly forty years and the tubby tabby still makes his way into various media such as television, video games, and, of course, comic books! Boom! Studios’ imprint, Kaboom! is on the forefront of that particular endeavor and their latest excursion into the world of Garfield is the multi-collaborator tale Garfield: Homecoming. Issue #3 continues Garfield’s story of his time away from home and it’s probably this series’ best issue yet.

I’ve watched and read an awful lot of Garfield in my day, and I actually still do. My kids and I still watch the fantastic Garfield and Friends on DVD and we collect the books. I say this to let you know that I am well versed in the world of Garfield and I can safely say that writer Scott Nickel has nailed the Garfield attitude in issue #3 better than he has in the previous two issues. It’s not that the first two issues were not good, they were, but Nickel really hits his stride here with dialogue that could have been written by Jim Davis himself and a plethora of jokes that are genuinely funny. 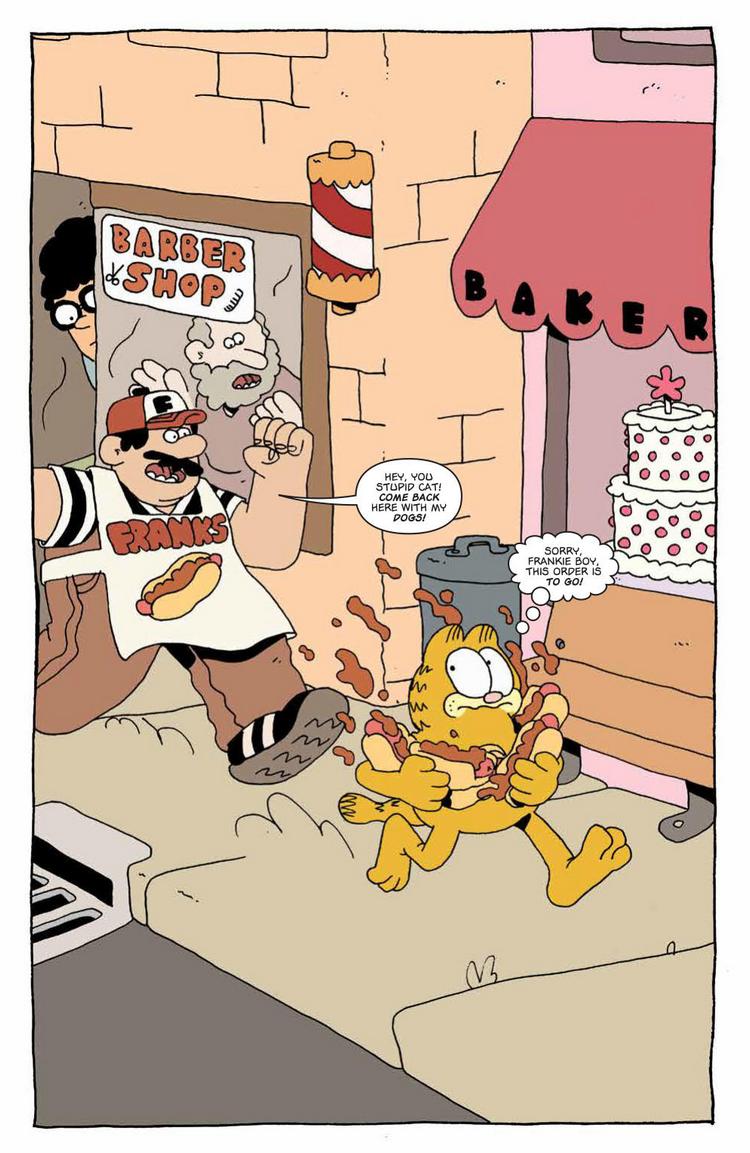 The basis of this issue, like the rest, revolves around Garfield traveling to different places, looking for a new home since he doesn’t want to go back home to Jon. He winds up in the care of a chef named Benjamin who works at an Italian restaurant. This should be right up Garfield’s alley, but this chef happens to be a hipster and Garfield’s venture into the world of tiny houses and pumpkin spice is a great source of comedy as two completely different ideologies clash. It gives plenty of opportunity for Garfield’s endearing cynicism to shine through in a way that this series has been missing.

Odie also gets some page time here as he scours the streets to find his friend. His interaction with a hilarious squirrel as well as his sweet-natured idiocy make his short cameo a highlight of the book. The rest of the cast is fine, if largely inconsequential. Besides Benjamin and his co-worker (and secret crush) Sara, there’s no real players here, which is fine as it allows the important characters, like Garfield, plenty of time to shine.

The ending was also a bit of a surprise and it sets up Garfield to deal with the most dangerous circumstance in this series yet. I enjoyed the twist on the final page and I found myself genuinely concerned for what may happen to Garfield. Not that there’s even a remote chance that he’ll come to any harm (this is a kid’s comic, after all) but he’s a character that I have a definite soft spot for and as such, feel connected to. Scott Nickel has done a great job of tapping into the attachment that I, and so many others, both kids and adults alike, enjoy. To that end, the fact that he is able to construct a story that can hook adults as much as it can entertain children is an achievement in and of itself. 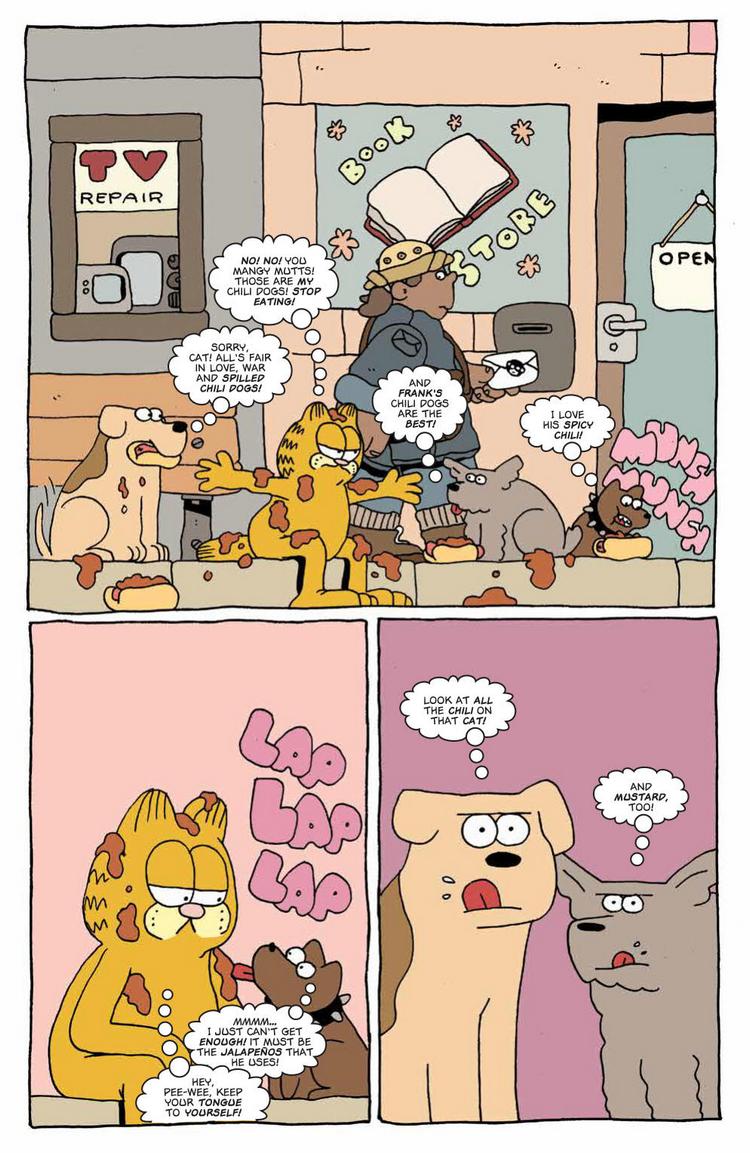 Like the two issues before it, art is split between Ben Sears, who handles all the intros and outros, and a revolving door of artists to pen the actual story in between. Sears draws Garfield classically and the guest artists put their own spin on the art style. Issue #3 sees Antonio Alfaro take the reigns. The art style will not appeal to everybody and I have mixed feelings as to how much I enjoyed it. It’s definitely whimsical and it evokes the classic children books I grew up reading, but it’s a bit inconsistent and a little sloppy looking. This is all by design, of course, but I could take it or leave it.

Issue #3 of Garfield: Homecoming is the best issue yet in this four issue mini-series. With a bevy of genuinely funny jokes and an absolutely spot-on interpretation of Garfield himself, fans should be quite pleased with what Scott Nickel and Kaboom! have served up. The art won’t appeal to everyone; it only occasionally appeals to me, but the writing is good enough to keep you coming back for the final issue. You want to see how Garfield gets out of trouble, don’t you? Five bucks says it has something to do with food.