Vox Day’s Quantum Mortis: A Man Disrupted continues its look into the sci-fi world of Graven Tower as he and Detector Hildreth unravel the baffling murder of an alien Royal Prince. This issue, much like the first two, spends most of its time in exposition with a heavy dose of dialogue and not a small amount of fun character moments for our two main characters. We are also introduced to several new characters who, while probably not major players going forward, served their purpose in making issue #3 a highly interesting read, if not a terribly exciting one.

I think the most appealing aspect of this issue, as well as the story on a whole, is the continuing evolution of main star, Graven Tower. It’s easily forgivable if, after the first issue, one would have labeled Tower as a one-note, stereotypical character. A loner who bucks the system and thinks he’s God’s gift to women is a bundle of tropes that we’ve seen attributed to thousands of fun, but shallow characters for years now. Graven Tower, however, continues to grow as the issues march on and his aloofness, paired with his genuine talent, combine to give us a main star who is more nuanced than I thought he was going to be. His attraction to Detector Hildreth and her complete dismissal of his feelings towards her make for some great character moments and some charming sequences of comedy. 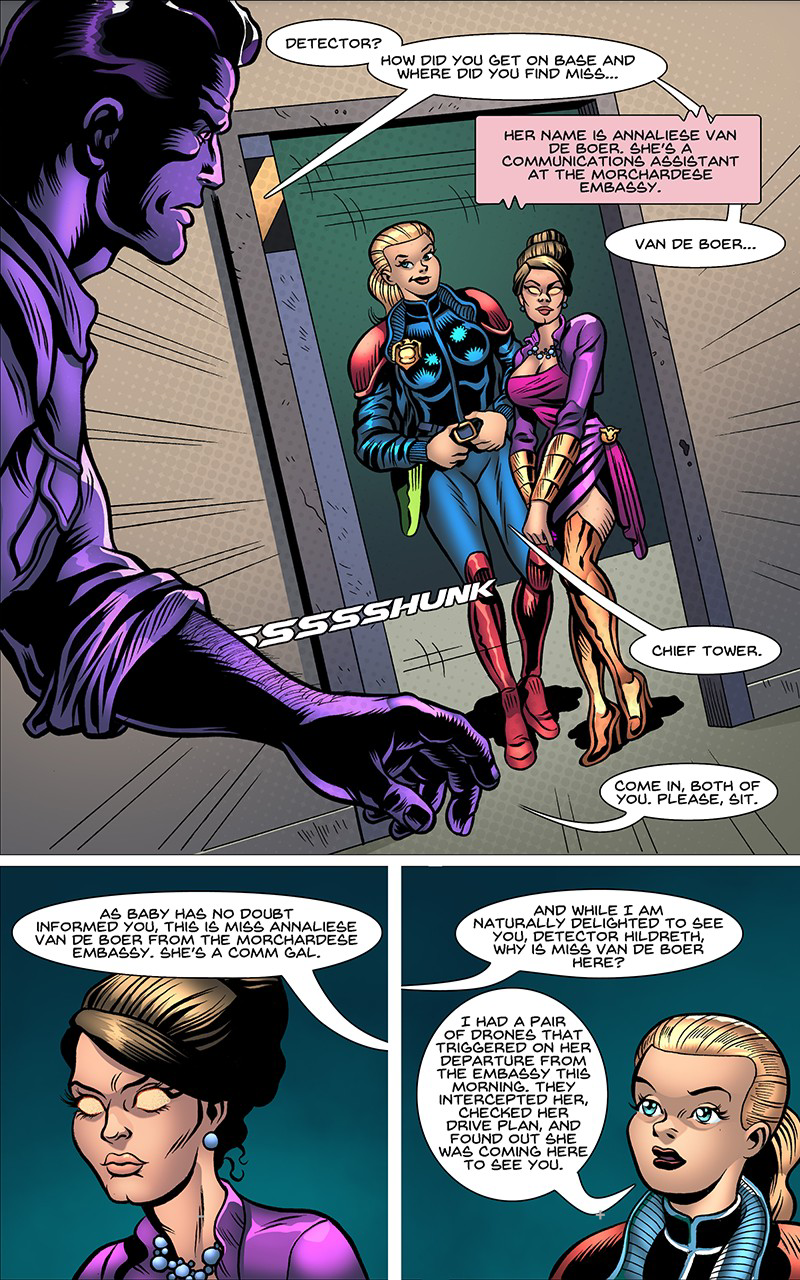 We’re also introduced to several new players as well. The bulk of the book is composed of the two officers interrogating one of two people as they continue to peel back the layers of the murder mystery. Both new characters offer some interesting insight into the story as well as  displaying some artistic creativity, but the actual conversations with them may be the book’s biggest downfall.

This is a very, VERY talky book. Everyone knows that a comic requires at least a modicum of reading, but Quantum Mortis #3 contains enough dialogue for three issues of any other comic. Almost every page is equal parts art and text bubbles. There’s such a large amount of dialogue that it requires the reader to read much slower than normal in order to keep everything in line for fear that you’re missing something. Another downside to this is that there is precious little room for any action of any kind. In fact, until the final pages, almost nothing really happens in the book. If you love talking and story revelations, and are not an action hound, you may have no problem with this aspect, but others may be put off a bit by it.

The upside to all of this is that the story being told here is genuinely interesting. It would be one thing to read scads of dialogue and be bored with it, but writer Vox Day is unraveling a compelling yarn here, and I quite enjoyed the revelations and the deepening of the mystery. It’s also important to remember that this story is actually a comic book adaptation of a novel, which if you’ve ever read one, you know that they contain quite a few words. That may not make you like all the talking in the comic any more, but at least you can understand why it’s there. 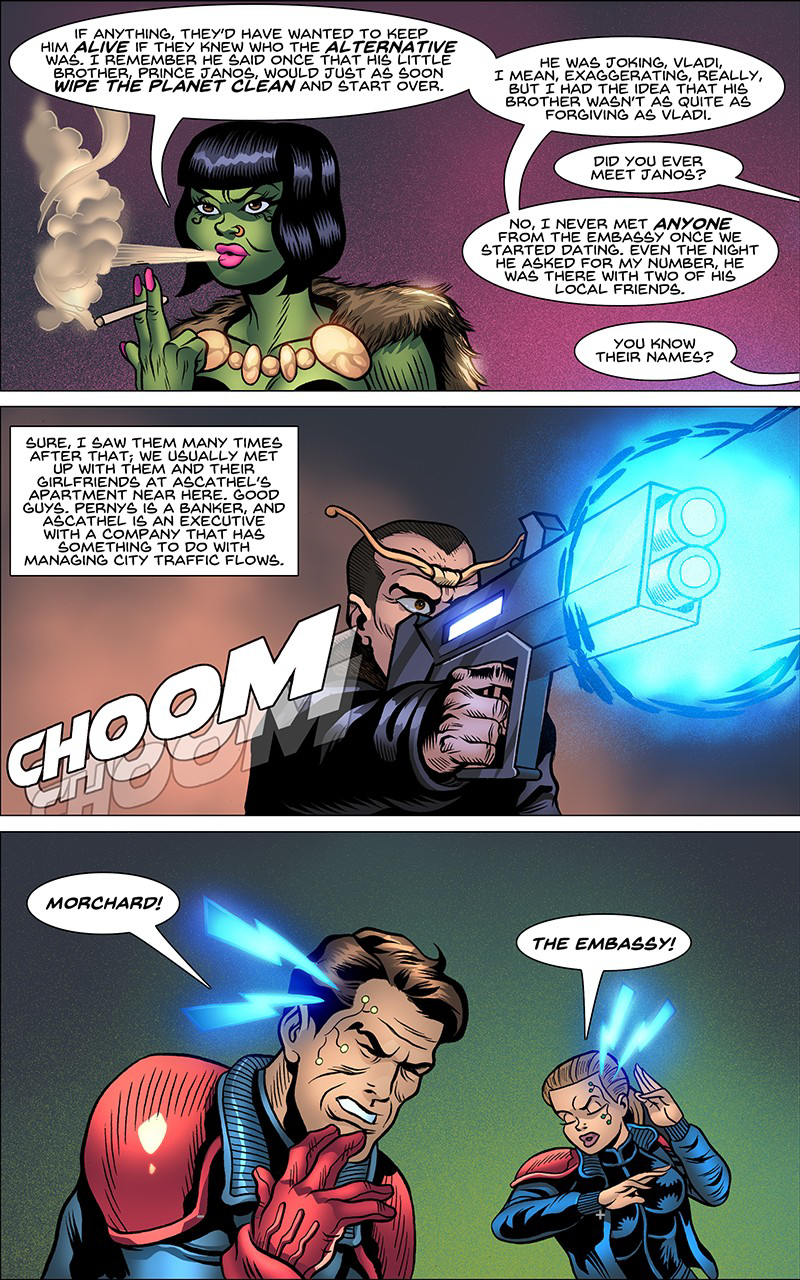 The artwork in Quantum Mortis also continues to impress me. Artist Matvei Daniilovich provides us with his best work yet and you can tell that he’s really got a handle on this world now. The art and character models are much tighter and the backgrounds are far more detailed than they were previously. There’s a pulpy, nostalgic look to the whole thing that you simply do not see in comic books anymore. I also enjoy the much more varied color pallet being used in this issue as it makes the sci-fi world feel more realistic and lived in.

Despite the fact that there is a staggering amount of dialogue here and very little action (almost none), issue #3 of Quantum Mortis is the most interesting yet. The list of suspects in who may have killed the prince continues to evolve and the possible list of motives is ever changing and it keeps the story from becoming stale as our heroes uncover new reasons to talk to new people in every issue. While I would have appreciated a more succinct approach to the dialogue, I wasn’t bothered by it, but some people will be. The last few pages, however, promise some exciting and possibly, more action packed events in issue #4 and I, for one, am looking forward to it.