The Hero We Need

Warner Bros. has a bit of an issue on their hands. It was recently reported that Ben Affleck recently went into Rehab. Thanks to the efforts of his ex-wife and real-life superhero, Jennifer Garner. Despite their numerous problems she helped the actor to face his demons and enter rehabilitation. While it seems he’s looking to work on his problems, they apparently don’t stop there. A new rumor suggests that this situation could possibly cost Affleck his role of Batman in the DC Universe.

According to The Wrap, the studio is very concerned about rising insurance costs concerning Affleck. Their source suggests it’s a dire situation. “More than likely the studio will replace him because the insurance costs are going to go through the roof.”

First of all, let’s explain what that means. There are “key man” insurance clauses in most film productions. This means that the production is insured against something happening to any star, director or producer that is vital to the set. They have a TON of money devoted to any given day of a film set. If a star or director isn’t able to perform or is injured, the insurer would cover the cost of the delayed set.

Ben Affleck’s Batman had his own struggles with alcoholism. A detail that could have made the role more appealing to the actor. But now that the actor is in Rehab, the studio’s costs to pay for his “Key Man” insurance clause have likely gone through the roof. According to the source, “If a “Justice League” sequel moved forward at that price with Affleck attached, the insider said, the deductible could drive the budget up to $450 million — before marketing expenses.” 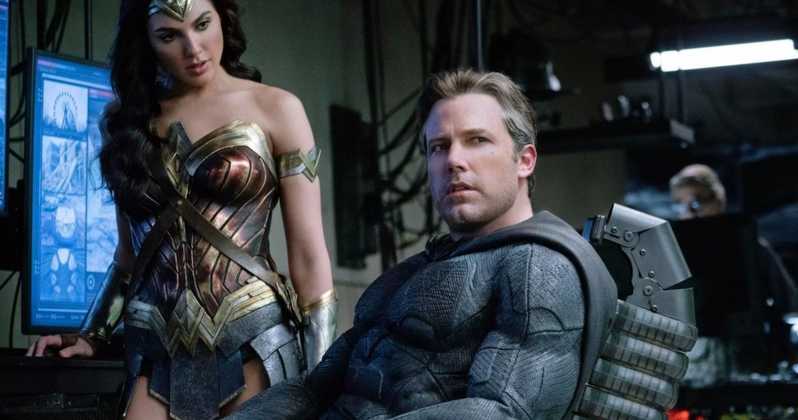 It would be tragic if Ben Affleck loses the part of Batman because of rehabilitation and insurance costs. For the past two years there’s been an infinite amount of speculation as to whether or not Affleck would reprise the role in Matt Reeves upcoming Batman project. There’s still no answer to that question. If anything, the article speculates about Affleck affecting the budget of a [easyazon_link identifier=”B077H3VB76″ locale=”US” tag=”boundingintocomics-20″]Justice League[/easyazon_link] sequel not a stand-alone Batman film. Could the budget really inflate that much? Yes and no. Let’s not forget that Hollywood is filled with countless recovery and rehabilitation stories. Not every budget balloons because of it. If the studio wants Affleck in the role, and he’s able, it will happen.

But this could confirm that Matt Reeves’ The Batman will somehow take place outside of continuity, thus showcasing a younger Batman. It won’t be Year One, as Reeves has previously stated, but it will be a different story. This could mean that Affleck was going to continue as the older Batman in the franchise films while Matt Reeves had his own Universe to play with. Or Affleck was going to be in the upcoming Reeves film and this could possibly have affected that performance.

Unfortunately, we won’t know more until the dust settles. If Reeves’ film continues to move forward unabated, that means that Affleck was likely never going to play his Batman.

Whatever your personal views on the situation may be, Ben Affleck is a wonderful actor and Batman who’s delighted audiences for years. The DCEU is certainly better with him in it.