Insominiac Games’ [easyazon_link identifier=”B01GW8YDLK” locale=”US” tag=”boundingintocomics-20″]Marvel’s Spider-Man[/easyazon_link] might be one of the most anticipated games of the year, but a newly released trailer for their first DLC for the unreleased game caused quite a bit of stir when it showcased a fully clothed Felicia Hardy as Black Cat.

The post-launch DLC is called “The Heist” and features missions with Felicia Hardy a.k.a. Black Cat.  In fact, scattered throughout the main game, Black Cat leaves a number of clues which will eventually allow you to track her down. Along with tracking down Hardy, “The Heist” will give players new missions, new pieces of the story, new challenges, a new enemy faction, and three new Spider-Man outfits to unlock. The DLC is expected to launch on October 23, 2018.

A number of fans of the game picked up on a major aspect in the teaser trailer. Felicia Hardy’s Black Cat looks very different than her comic book counterpart. In fact, she looks more like DC Comics’ Catwoman than the Felicia Hardy many comic book fans have come to know and love. You can see in the teaser trailer above that she has the goggles like Catwoman as well as sleek suit very similar to Catwoman. The only way you would be able to tell the difference between Catwoman and Black Cat is the hair color and the bits of white in Black Cat’s suit. If I didn’t know this was a Spider-Man game, I would have thought it was a brand new character.

As you can see in the panel below Black Cat normally has a white trim at the top of her dress and on the sleeves. She also wears a black mask, not goggles. 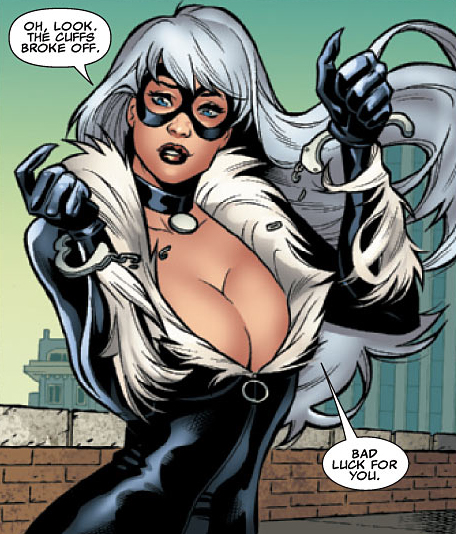 Artist Emma Rios captured the character in The Amazing Spider-Man #700.3 back in February 2014. As you can see she has the same white fur trim as well as the black mask. 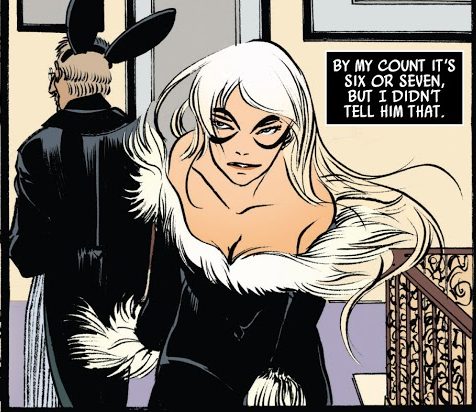 In Spider-Man/Black Cat: The Evil that Men Do #1 cover by Rachel Dodson from 2002 also shows off Black Cat’s white trim on her sleeves and neckline. 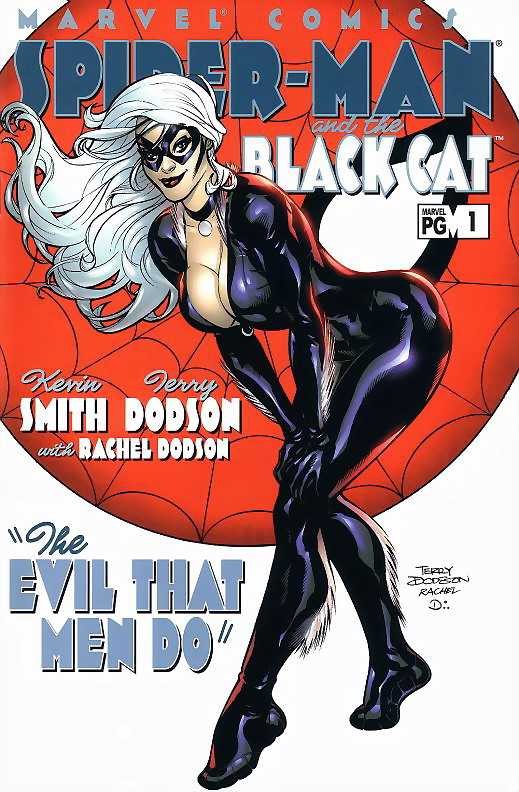 Here’s what she looked like on the animated Spider-Man series from the 1990s. 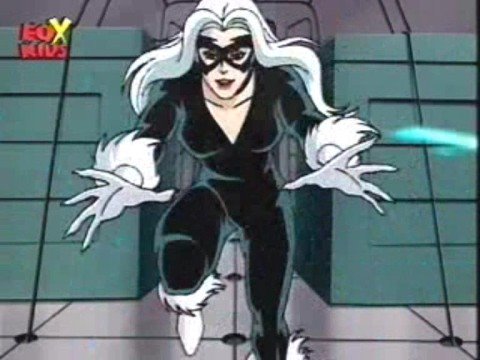 As you can see, Black Cat has a distinctive look to her and that’s not the look Insomniac Games gave fans.

Fans expressed their dislike for the costume.

Ahhhh soo they went with the battle suit version over the fan service cleavage popping fur coat version from the comics….gotta say missed oppurtunity
Still buying the game…just a little disappointed you aren’t keeping to the original style..

Don’t like the Black Cat suit . Should’ve stuck with the OG look give the people what they want pic.twitter.com/tDPkh9tSA2

Not a fan of her costume! Should of did this one ? pic.twitter.com/3HSH3jvKgO

Not Catwoman’s got a weird looking face

There were a number of fans who liked the new outfit and design.

I gotta say, I really like Insomniac’s design for Black Cat. It’s practical and is mostly what you’d expect, and looks like it would do well in a heist or scaling up walls. pic.twitter.com/4lMO7e5Bng

As to why Insomniac Games decided to completely redesign Black Cat for Marvel’s Spider-Man it’s unclear. However, one fan believes it has to do with former The Mary Sue writer Sam Maggs.

How did Black Cat went from being a supermodel vigilante crimefighter to a feminist that came out straight from a university that’s not taught to groom herself because Patriarchy™? Oh I know why.
B/c the one behind that is Sam “GTA is virtual rape” Maggs’ involved.#GamerGate pic.twitter.com/pQsnQGXOpa

Maggs is a Senior Writer at Insomniac Games and she confirmed she was part of Marvel’s Spider-Man writing staff in a recent Tweet. In fact, she noted she was specifically working on the DLC content for the game including “The Heist.”

Maggs is a controversial figure. One of her biggest claims to fame is that she went on television to criticize gamers who modified [easyazon_link identifier=”B00KVSQ848″ locale=”US” tag=”boundingintocomics-20″]Grand Theft Auto V[/easyazon_link]. The mod required users to manually install it and it did not come with a purchased copy.

Maggs was also part of BioWare’s team where she was working on Anthem.

A bittersweet announcement: I’ve decided to end my time here at @BioWare, and today’s my last day as a writer on Anthem. I’m moving to LA as a freelancer with @BlairBroon! pic.twitter.com/f7xFSmqfZ2

Well, maybe, and maybe not. Marvel’s Spider-Man currently has a T for Teen from the Entertainment Software Board. It’s quite possible they want to keep that rating and not have it increased to Mature which would make it more difficult to buy. If they used Black Cat’s iconic design it’s possible the game could receive content descriptors such as “Sexual Content” or “Suggestive Themes” which would increase the game’s rating.

What do you think? Do you like this more conservative approach to Black Cat’s appearance? Or would you rather see Black Cat stay true to her comic book roots? Do you think her outfit change has anything to do with Sam Maggs? Will this change in outfit affect whether or not you buy the game?

Marvel’s Spider-Man will make its debut this Friday, September 7th on the PS4.