Now the 49-year-old actor is revealed to be quite a notable villain for the upcoming Captain Marvel film: Talos.

For those of you who don’t know, Talos is a Skrull. Which means that Captain Marvel will utilize the Skrulls like Marvel Studios boss Kevin Feige said the Marvel Cinematic Universe (MCU)  would all those years ago at D23. But he’s a special type of Skrull because he doesn’t have the ability to shape-shift like others in his race. That plus cybernetics makes Talos one of the stronger characters of his kind. At least in the comics books, that is.

Talos the Untamed in the comics is a powerful skrull despite his inability to shapeshift. However, taking a look at some of the exclusive photos from Entertainment Weekly, this MCU Talos will have the power to shape-shift. In one set of photos, Mendelsohn and his Skrull crew are washing up on a beach in full regalia, green skin, and ceremonial garb. In another still, he’s recognizable as Mendelsohn, infiltrating S.H.I.E.L.D as a secret operative.

The Skrulls in this film have a little bit different look than those in the comic books. Their heads look speckled, and less green in their skin than maybe members of Gamora’s race. There are patterns in their skin that may help them in their shape-shifting abilities, and the trademark wrinkles in their chin are almost as iconic as the ones in Thanos’ chin. 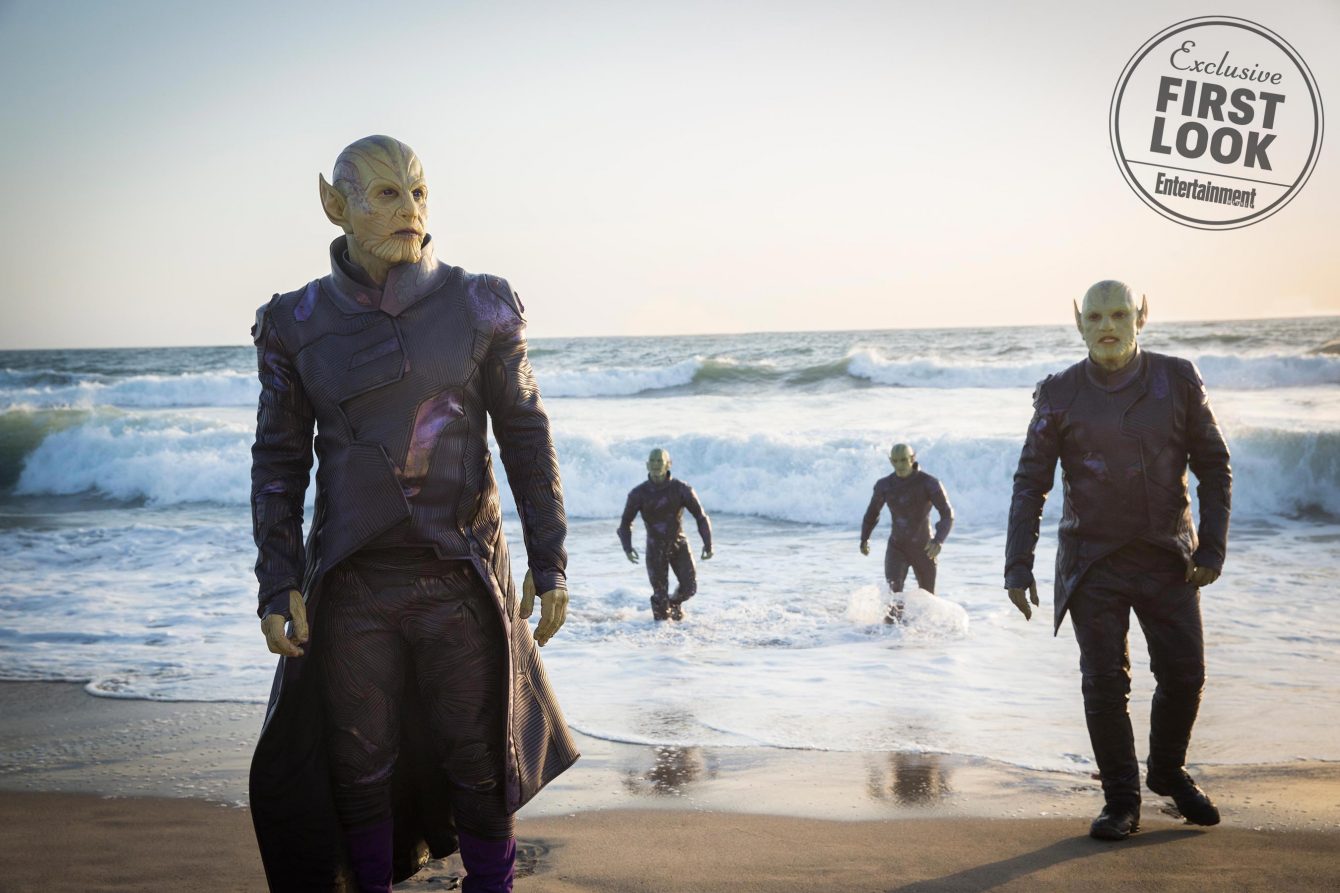 In the film, Mendelsohn is featured in the EW shots as leader of a small Skrull platoon. Which could mean he has a significant amount of strength like his comic book counterpart, enough to lead an elite few amongst a Skrull army at least. He will have shape-shifting abilities, which deviates from the original material, and he won’t be sporting any cybernetic tech as part of his demeanor. 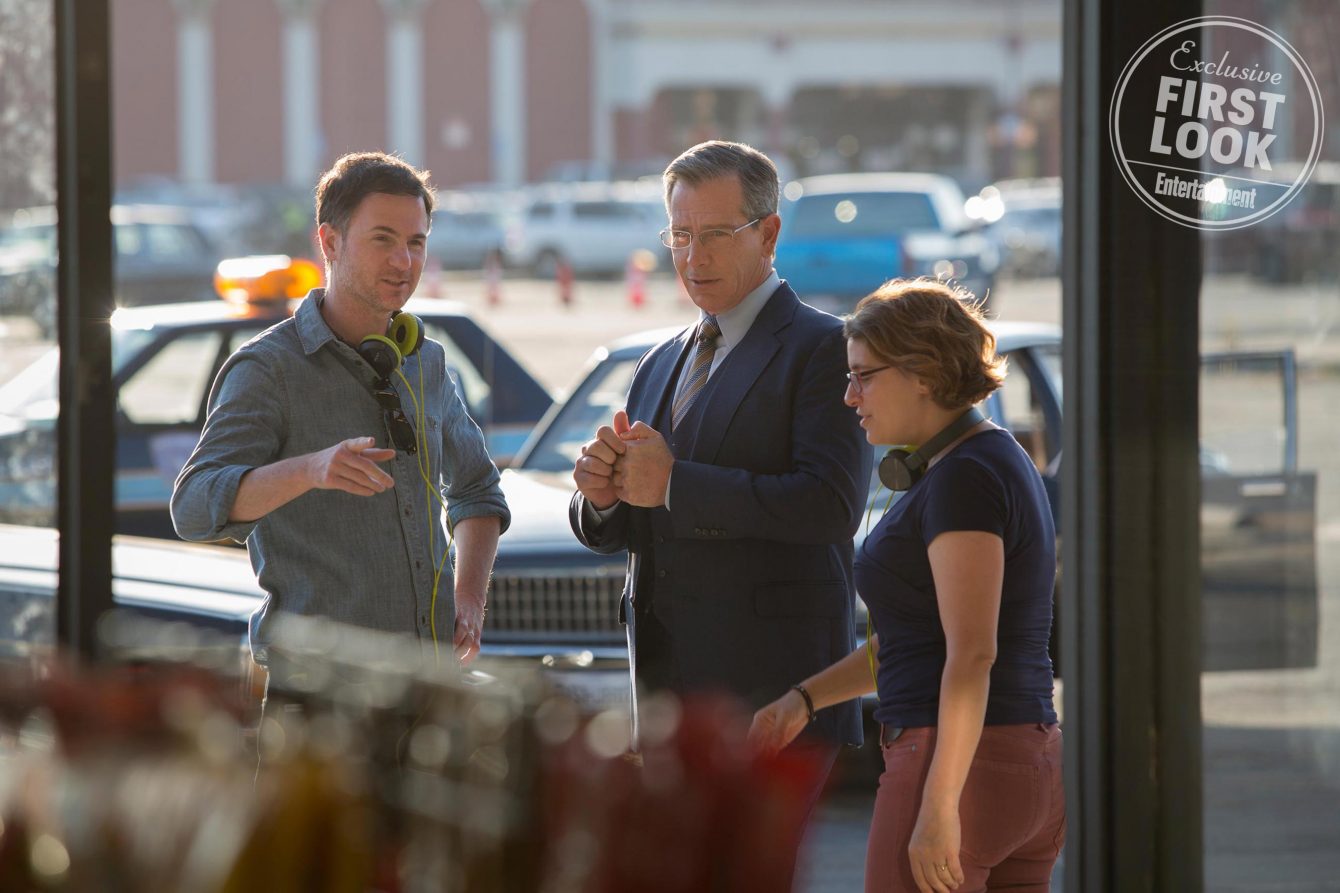 The Skrulls v. The Marvels

In interviews, Larson revealed that her character has the power to move planets. If Mendelsohn’s character has enough strength to counter the powers of Captain Marvel, he’ll definitely be a formidable foe. Also, we’re seeing Jude Law as Mar-Vell, as a sort of mentor to Larson’s character. We might get an epic Obi-wan Kenobi vs. Darth Vader Star Wars Episode IV style battle. Yet this time Talos the Untamed kills off Jude Law’s character. Then we get the turning point for Carol Danvers, she accepts the powers of Mar-Vell and becomes Captain Marvel.

Whether or not the Skrulls in this film will be able to emulate both the powers and appearances of their templates is yet to be seen. But if Talos is able to do so in his conflict with Mar-Vell and Captain Marvel, then he will be a force to be reckoned with. 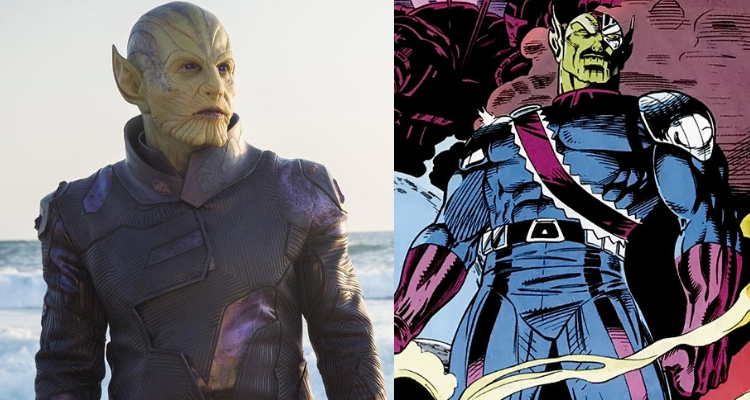 What do you think about what EW has revealed in these exclusive set photos from Captain Marvel? What are you looking forward to? What comic book adaptations do you think they’ll deviate from?  And will that be a disappointment to comic book fans, or a refreshing new take on the character?