Tom King’s run on Batman has, for me at least, been mostly highs with very few lows. I wasn’t a fan of that “Monster Men” thing a bit early on but I’ve been pretty much on board for everything else, up until the wedding story. I really didn’t want Batman and Catwoman to get married, and truthfully I was dreading the thought of it. King proved his mettle to me with that arc by ending it in a way that felt very satisfying and left me wanting more from the series, which is why there’s no good reason for me to not be looking forward to [easyazon_link identifier=”B07FMDFPTB” locale=”US” tag=”boundingintocomics-20″]Batman #54[/easyazon_link], but I really wasn’t. 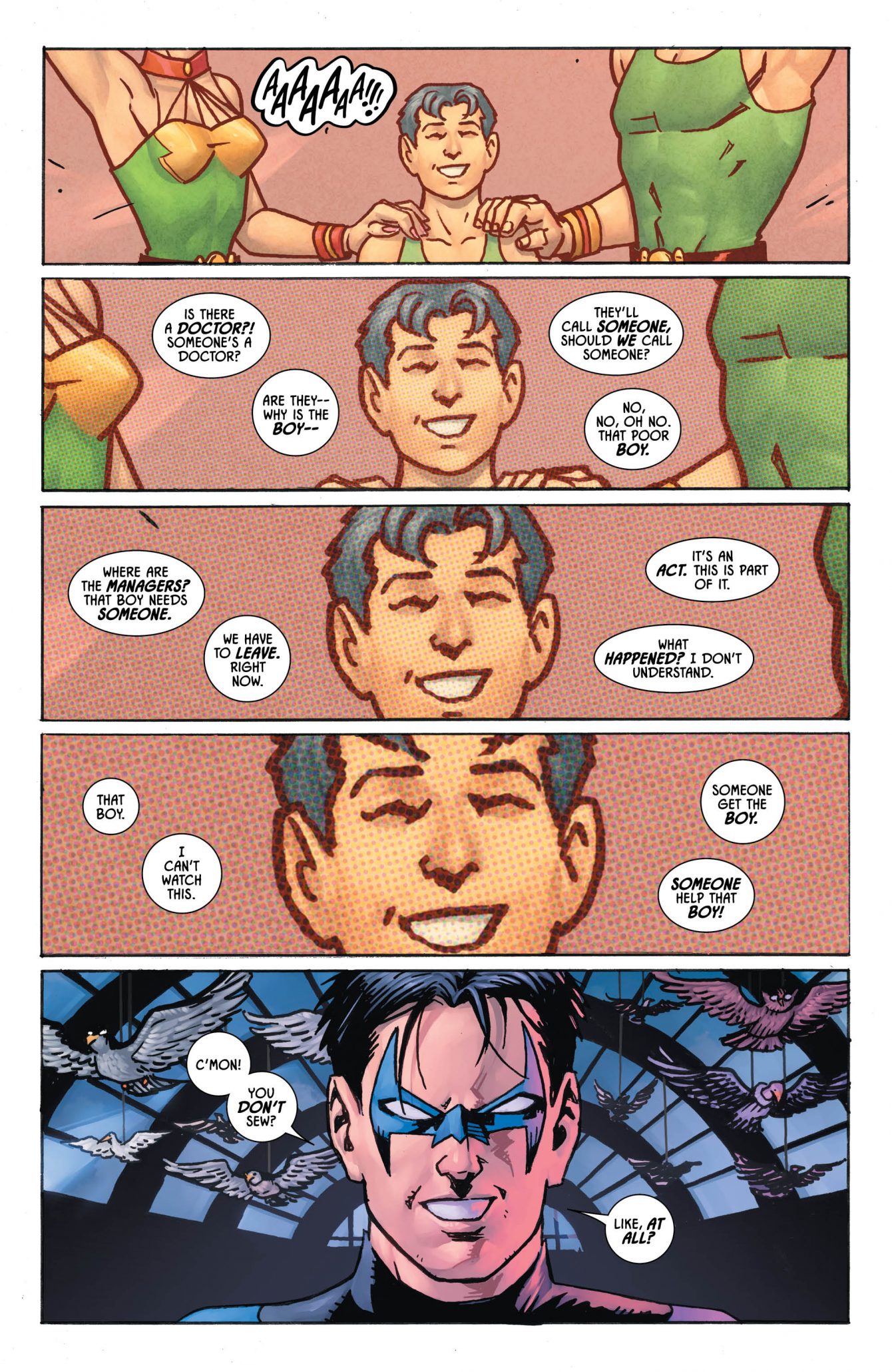 Before reading this issue my first thought was “Swell. A Robin throwback issue. Probably pure filler,” which isn’t fair but I’m a surly old guy so that’s where my mindset was. I was looking forward to Matt Wagner’s art on the book, but that was about all. Well as is often the case, I was wrong about everything. This is a fantastic issue that serves to humanize the Batman family in a very endearing way.

Naturally, we get a quick Dick Grayson origin recap, and we then get a two-fold story, partly of Dick growing up in Wayne Manor and all the growing pains that come with it. We also get a modern setting of Nightwing coming to Gotham City to check on his friend and make sure he’s all right after getting dumped at the alter. 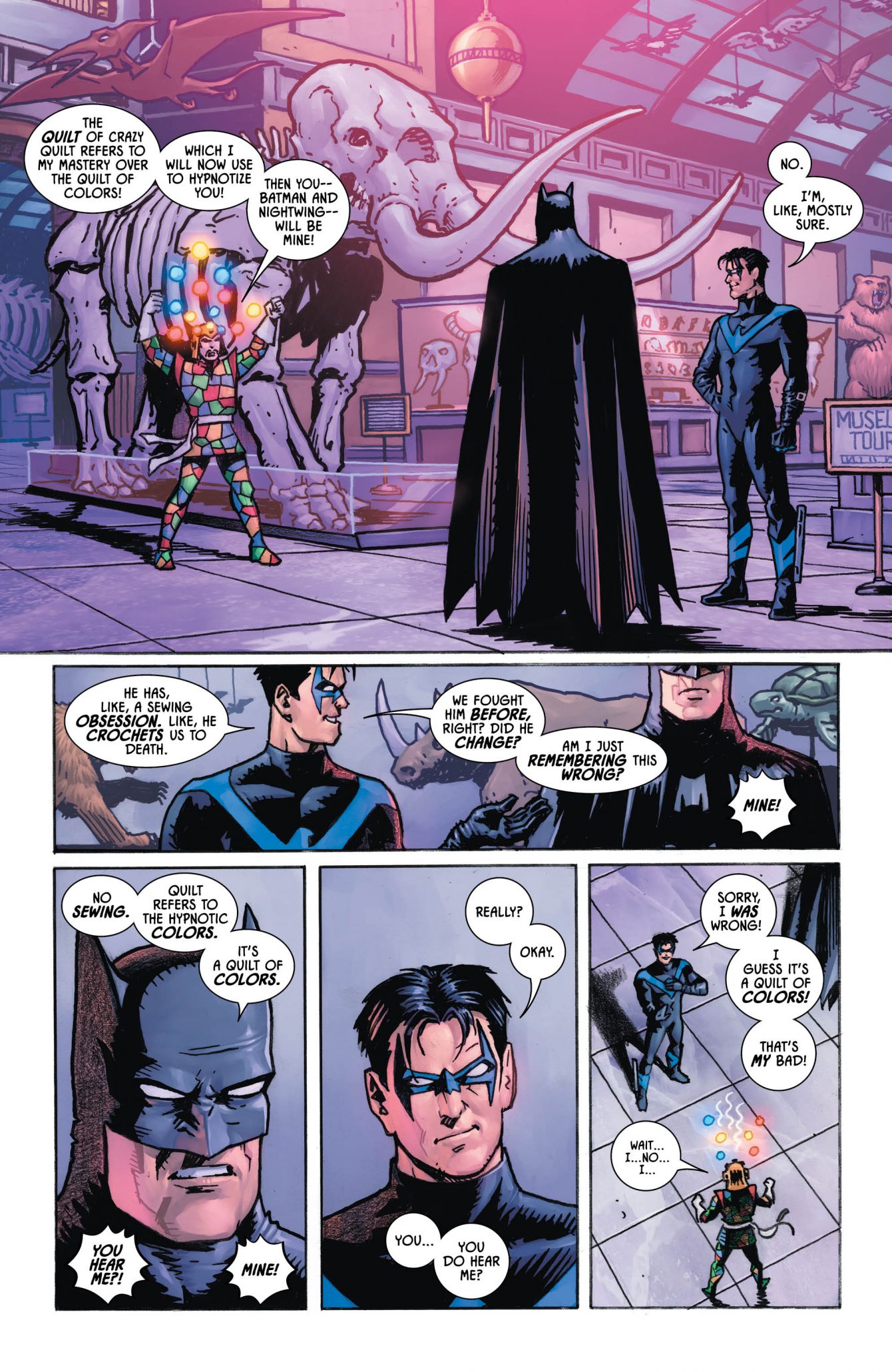 Nightwing serves almost as a proxy for the reader, saying and doing things that the reader himself has probably already thought, especially in regard to some of the D-list villains who show up in the issue. Let’s be real: we’ve all though Crazy Quilt is a moron at some point, and it’s nice to see those sentiments on the page. Nightwing’s love of football and chips serves to make him very easy to identify with and his interactions with Batman show that the Bat-family, while sometimes a mess, is still a very strong family no matter what happens.

I realize the art had some controversy before the issue came out with Matt Wagner’s son being taken off coloring duty and upsetting Wagner so much that I doubt we’ll see him pencil another DC book for sometime. That said, Wagner’s art is wonderful in this issue, and the way it shifts in style ever so slightly between past and present storylines in the book does the book a great service. I find myself wanting to see comparisons of the original and finished coloring not because I had any problem with the art at all but because I trust Wagner’s judgement as an artist. Either way, when you look at this book you’ll have no choice but to appreciate the artwork. The Tim Sale variant cover is nice as well but I just can’t stop looking at the Wagner art and wishing I could draw a tenth as well as Matt Wagner. 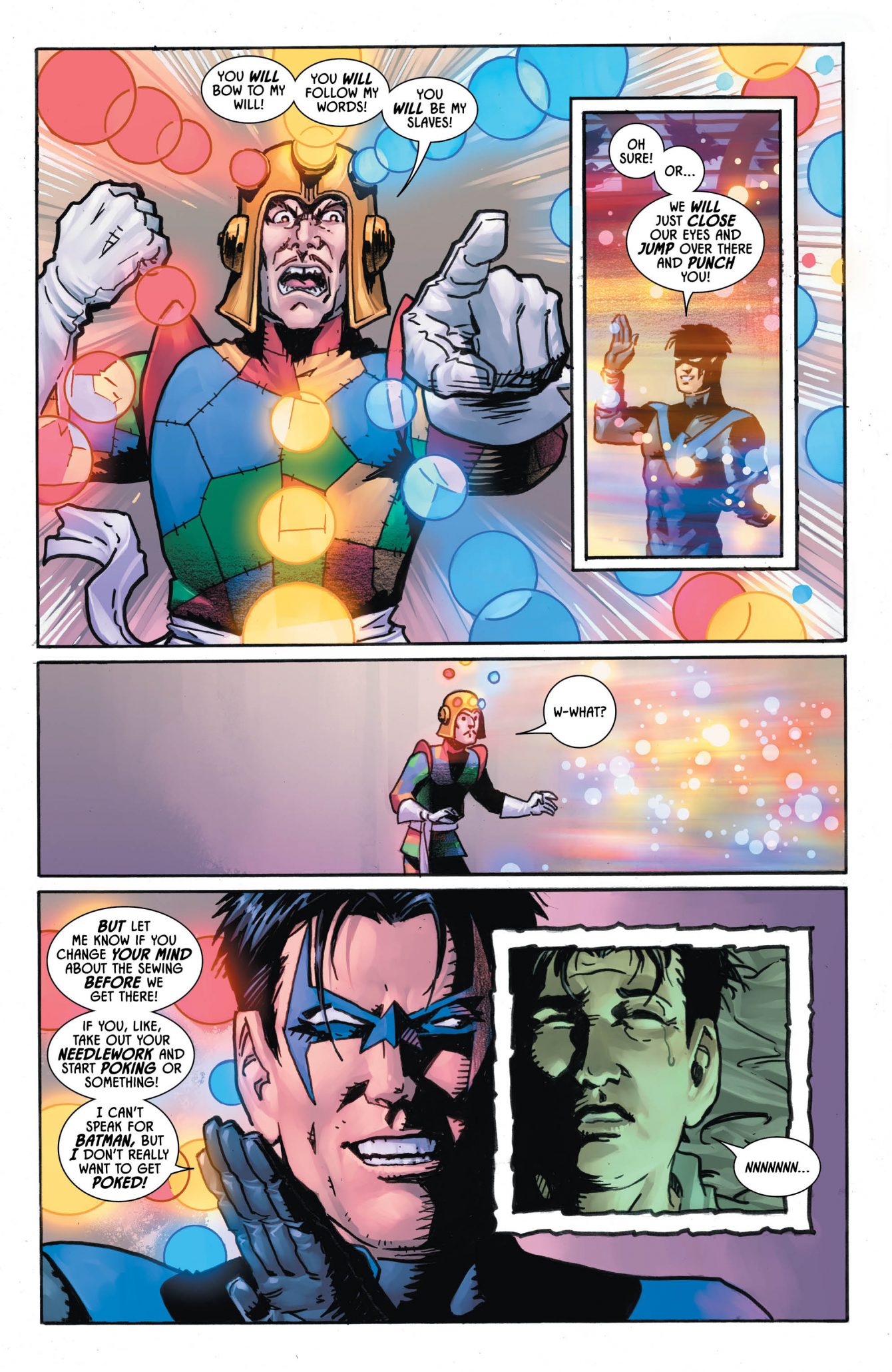 This is one of the best single issue stories I’ve read in a long time. Not only does it fit in extremely well with seasoned Batman fans, but I also think this would be a great jumping on point for anyone who wants to start reading Batman. Tom King shows again how much he understands the family dynamic in this book, and it makes me wonder what King could do on a team book like Teen Titans. This book rates very high with me for one very simple reason: comics are supposed to be fun, and this one is.