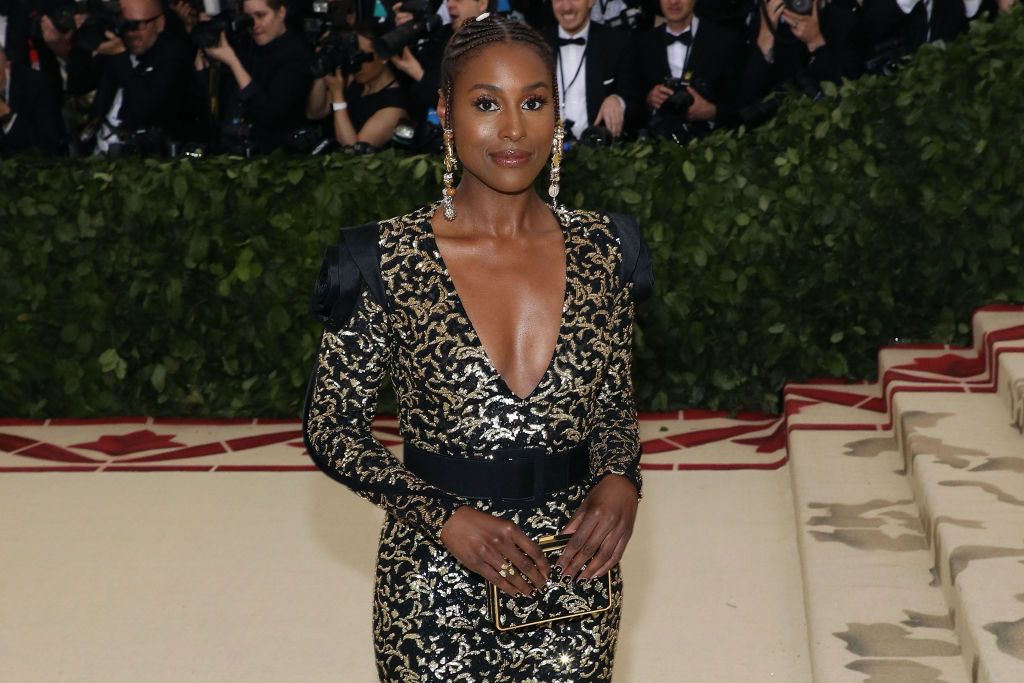 Rae, who both writes and stars in the HBO comedy Insecure, spoke to Glamour about canceling the show and her reaction when she found out that former First Lady Michelle Obama watches the show:

“She had just finished the watching the finale and she was like, ‘That fakeout—how could you do that? I thought you and Lawrence were going to live happily ever after.’ I was like, ‘You really watch it?’ She was like, ‘Yes. Sasha and Malia put me on to it.”

“It was like talking to my auntie. It bums me out that I will never have that feeling again of the First Family f****** with us so hard and getting us. If Melania [Trump] said that to me, I would be like, ‘Well, I guess it’s canceled. We’re not making this show. It’s not ours anymore.’”

Rae responded in kind referencing a conspiracy theory that the First Lady has a body double.

Melania or the double? https://t.co/x2KE3RmjDt

And if you thought Rae was being serious about canceling her show if she found out that Melania enjoyed it, you would be dead wrong. Rae also Tweeted out that Insecure has been renewed for a fourth season.

#InsecureHBO has been renewed for Season 4! Thank you to everyone who has been watching and supporting! pic.twitter.com/7TPGhvo6KN

[easyazon_link identifier=”B07F2NZN7H” locale=”US” tag=”boundingintocomics-20″]Insecure[/easyazon_link] follows Rae’s character Issa Dee as she navigates the “tricky professional and personal terrain of Los Angeles along with her best friend Molly” played by Yvonne Orji. The series was nominated for two Emmys in 2018 including Outstanding Lead Actress in a Comedy Series and Outstanding Cinematography for a Single-Camera Series.

Rae wasn’t the only one to respond to Grisham’s Tweet. A number of people didn’t believe that Melania actually watches the HBO comedy.

You know she can’t understand a word on the show, have a seat.

Really? Who’s her favorite character? Which plot lines have resonated with her? We would LOVE to hear more.

Lady please. The whole administration has too much time on their hands. What character does she play? (Easy one)What’s the name of her last long term boyfriend? What time and day does the show come on? Several seats WEIRDO!

What do you make of this whole situation?