Kit Harington, who plays Jon Snow in the HBO mega hit, [easyazon_link identifier=”B01J4L7L7A” locale=”US” tag=”boundingintocomics-20″]Game of Thrones[/easyazon_link], questioned why a gay actor hasn’t played a superhero in a Marvel movie.

Harington sat down with Variety while attending the Toronto Film Festival where he addressed the representation of gay actors in Hollywood.

“There’s a big problem with masculinity and homosexuality that they can’t somehow go hand in hand. That we can’t have someone in a Marvel movie who’s gay in real life and plays some super hero. I mean, when is that going to happen?”

Harington addressed the issue with his The Death and Life of John Donovan co-stars Emily Hampshire and Thandie Newton along with director Xavier Dolan.

Newtown who recently starred in Solo: A Star Wars Story and stars in HBO’s Westworld added her own thoughts saying, “If you look at the sports industry, just the few people, God, who have stepped into their true selves in an uncompromising way, in ten years time, the effect that that will have. It is changing, but we have to get behind those changes and keep pushing it, that’s the thing.”

Dolan would go on to question whether Hollywood at large is embracing gay actors:

“Does that mean that the industry has changed in how it regards this talent and the opportunity it does or doesn’t want to offer them.”

Newtown quickly quipped, “It has to be forced. That’s how revolutions happened.”

#GameOfThrones actor Kit Harrington says there’s a big problem with homophobia in Hollywood, “That we can’t have someone in a Marvel movie who’s gay in real life” #TIFF18 pic.twitter.com/o0JHk0uwoO

Interestingly enough there has been a gay actor who has appeared in a Marvel movie, Ellen Page starred in X-Men: The Last Stand and X-Men: Days of Future Past as the mutant Kitty Pryde.

But Page isn’t the only gay actor who has appeared in a Marvel film. Ian McKellen who played Magneto in X-Men, X2: X-Men United, X-Men: The Last Stand, and X-Men: Days of Future Past is also gay and has been public about it since 1988. 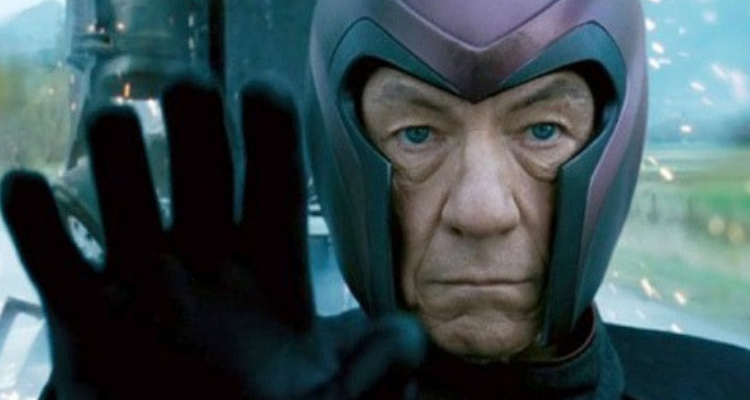 And while not in a Marvel film, Ezra Miller starred in DC Films’ Justice League where he played one of DC’s top tier superheroes in The Flash. In an interview with ShortList, Miller discussed coming out as gay stating, “I don’t feel pressure. Pressure would only come from a dam, or a block. And when I came out I took the block away, removed the dam. I’ve undammed my identity in the world.”

There are also a number of other gay actors who have played superheroes. Victor Garber who played one half of the superhero Firestorm in The CW’s League of Legends. Garber confirmed he was gay and living with his longtime partner Rainer Andreesen back in 2013.

Another CW Arrowverse alumni Wentworth Miller who plays the villain and sometimes anti-hero Captain Cold on The Flash and Legends of Tomorrow is also gay. He came out back in August 2013.

It doesn’t look like people are stopping gay actors from playing Marvel or DC Comics superheroes. As for Harington’s notion that masculinity and homosexuality can go hand in hand, he might want to have a chat with Wentworth Miller who plays a very rough and tumble Captain Cold not to mention his role as Michael Scofield in Prison Break where his character deliberately sends himself to jail in order to break out his brother. Or he could talk to Ian McKellen, who played one of Marvel’s most badass villains in Magneto.

And as to the idea that Hollywood isn’t embracing gay actors, director Xavier Dolan should give The Big Bang Theory’s Jim Parsons a call. Parsons, who plays Sheldon, is the highest paid actor in television who makes $1 million per episode and “$27.5 million earned in the year to June 1,” according to a Forbes article from last September.

The conversation between Harington, Newton, and Dolann appears to be devoid of any facts.