Pokemon GO recently announced their Ultra Bonus for trainers completing Professor Willow’s Global Research Challenge. But it wasn’t just a bonus, it was an Ultra Bonus Event. As part of the event Mewtwo will be available to battle and capture in Legendary Raids across the globe. He will no longer be exclusive to EX Raids.

In order to get you prepared to take on Mewtwo, we’ve put together a guide of the best Pokemon you will need.

But before we get to that let’s break down Mewtwo and what you will be up against. 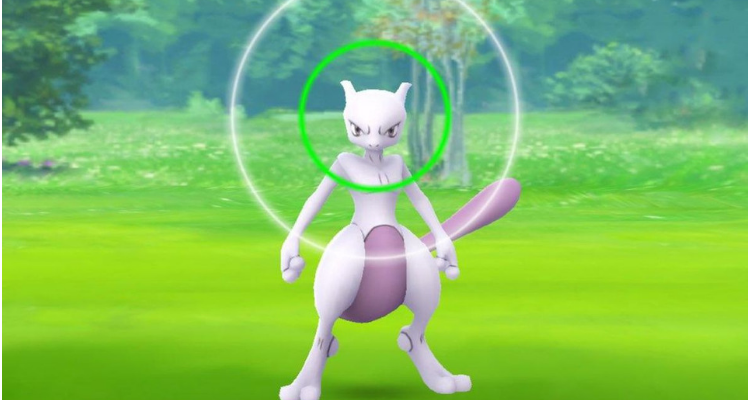 Mewtwo can have two fast moves: Confusion or Psycho cut.

Taking down a Mewtwo with Confusion will be much more difficult.

A Mewtwo with Psychic will be the easiest to take down while one with Shadow Ball will be the most difficult. Mewtwo’s with Focus Blast and Hyper Beam are intermediate in difficulty.

Not only do you get bonuses for capturing Pokemon and your own attack bonuses, but bosses get weather bonuses as well.

Mewtwo receives bonuses when the weather is Windy, Partly Cloudly, Cloudy, and when Fog is present.

Now that you know what you are up against, let’s discuss just exactly how you can counter Mewtwo. Given Mewtwo has a variety of different move combinations across different types, it can be tricky to figure out just which of your Pokemon will be the best for any given Legendary Raid encounter with Mewtwo.

However, here’s the best Pokemon you should be using to take down Mewtwo.

You should equip your Tyranitar with Bite for a Fast Move and Crunch for a Charge Attack to do the most damage against Mewtwo and get the dark type attack advantages.

If you are lucky enough to already have a Mewtwo, he’s your second best option to take down Mewtwo. Mewtwo is able resist Focus Blast, Hyper Beam, and Psychic while being neutral to Shadow Ball. He has great defense and good bulk.

You want to equip your Mewtwo with Psycho Cut and Shadow Ball for optimal damage.

The Ghastly evolution is one of the best Pokemon to use against Mewtwo. He has resistance against Mewtwo’s Focus Blast and Hyper Beam. However, he is weak to Psychic and Shadow Ball which can mean a very quick death if you encounter a Mewtwo with either of those charge moves.

One of the drawbacks of Gengar is that he dies quickly even if he isn’t hit by Mewtwo’s charge attacks. If Mewtwo has Confusion it will kill him in four hits. However, his frailty is made up by the pure amount of damage he can do.

For maximum damage you want your Gengar to have Shadow Claw and Shadow Ball. If you are unable to obtain Shadow Claw, Sucker Punch and Hex are other viable options.

If you are sensing a pattern about using Dark-type Pokemon, your onto something. Houndoom is another effective Pokemon to take on Mewtwo. He is able to resist Psychic and is neutral to Shadow Ball. However, he is weak to Focus Blast and Hyper Beam and will be killed instantly if Mewtwo launches either of those charge attacks.

For optimal damage you want your Houndoom to have Snarl and Foul Play with Crunch being a close substitute. 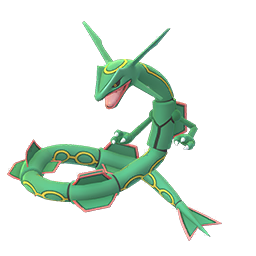 The Legendary Pokemon Rayquaza is another top tier Pokemon to take on Mewtwo. Rayquaza is able to resist Mewtwo’s Focus Blast and is neutral to Hyper Beam, Psychic, and Shadow Ball. It gives him good bulk and allows him to stay in the fight longer.

You want to equip your Rayquaza with Dragon Tail and Outrage for the most damage. You can also substitute Dragon Tail with Air Slash.

Rayquaza’s only real setback is that it can be difficult to obtain candy for the character as he’s only obtainable in Legendary Raids and hasn’t been seen in one in awhile. 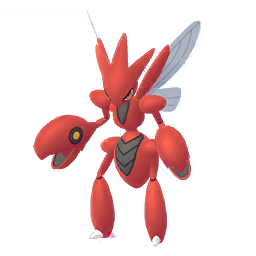 The Scyther evolution resists Mewtwo’s Hyper Beam and Psychic and is neutral to Focus Blast and Shadow Ball. It allows him to stay in the fight longer dealing extra damage.

You want your Scizor to be equipped with Fury Cutter and X-Scissor to do optimal damage.

Pinsir resists Focus Blast and is neutral to Psychic and Shadow Ball. However, if the Mewtwo has Hyper Beam, watch out Pinsir will be taken out very quickly.

You want your Pinsir to be equipped with Bug Bite and X-Scissor for maximum damage. Fury Cutter is a weaker alternative to Bug Bite, but still viable.

Banette resists Mewtwo’s Focus Blast and Hyper Beam while being weak to Psychic and Shadow Ball. If the Mewtwo has Psychic or Shadow Ball, Banette will get one-hit KO’d every time. It will also die to five hits of Confusion.

You want Banette to use Shadow Claw and Shadow Ball for optimal damage.

Make sure your Absol has Snarl and Dark Pulse to really tear through Mewtwo’s with Psychic and Shadow Ball.

Alakazam resists Focus Blast and Psychic, but is weak to Hyper Beam and Shadow Ball. If the Mewtwo has Hyper Beam or Shadow Ball, your Alakazam will die in one hit. 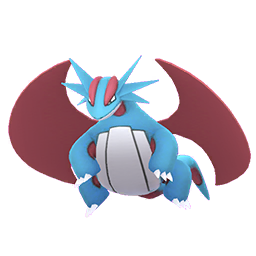 Salamence is strong against Focus Blast and neutral to Hyper Beam, Psychic, and Shadow Ball. Like many of the Pokemon on the list, it can be hard to obtain and train due to its rarity in the wild.

Salamence should be equipped with Dragon Tail and Draco Meteor. 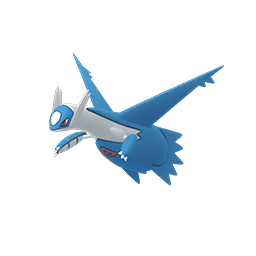 Latios has resistances against Focus Blast and Psychic while being neutral to Hyper Beam. However, it is weak to Shadow Ball. As with Rayquaza, you might not have a powerful enough one to really be effective against Mewtwo due to it’s Legendary status and thus low candy availability.

You want your Latios to equip Dragon Breath and Dragon Claw.

Cacturne should use Sucker Punch and Dark Pulse. 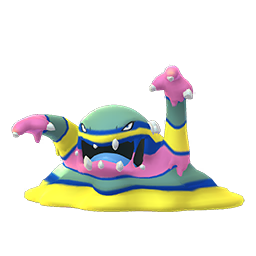 Alolan Muk is neutral for Focus Blast and Hyper Beam. He has strong resistances to Psychic and Shadow Ball. His resistances make him viable for all of Mewtwo’s move sets.

Alolan Muk should use Bite and Dark Pulse.

Gardevoir has strong resistances against Focus Blast and Psychic. It is weak to Hyper Beam and Shadow Ball.

Gardevoir should use Charge Beam and Shadow Ball.

And that’s the top Pokemon you should be using in your fight against Mewtwo. My recommendation is to really build up a strong Tyranitar team and use multiple of them to take on Mewtwo especially if the Mewtwo doesn’t have Focus Blast. Once you’ve got your first Mewtwo you can add it to your Tyranitar team. If you don’t have enough Tyranitar’s to make up a full team you can supplement with the list above depending on the move set Mewtwo uses.

If you happen to face a Mewtwo with Focus Blast you can switch up your team dropping Tyranitar and using Gengar, Dragonite, Rayquaza, Salamence, or Latios.