If you’re like me and lucky enough to be a product of golden-age, sci-fi television (late 80s to 00s), then Alterna Comics’ Exilium, is definitely something you’re going to want to get into. From the start, writer Ben Slabak and artist Salo Farias drop the reader into a world that is both new and intrinsically familiar. By the time page seven came around, I was able to see influences from Star Wars, Defiance, District 9, Exo-Squad, and the classic first-person shooter Halo. This isn’t a slight or accusation of any kind, but sincere praise. If I’m correct, and any or all of these are sources of inspiration for Exilium, then nothing short of amazing will be the result. 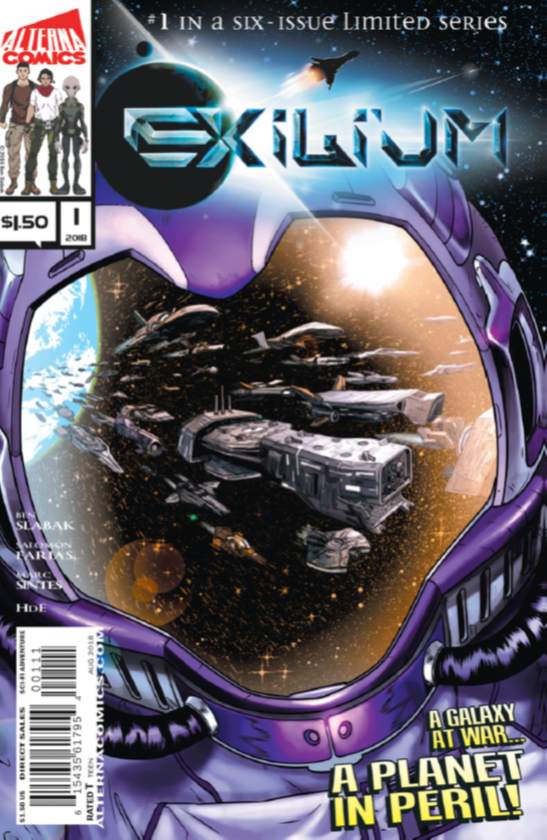 Exilium #1, Episode 1 – Consilium, is the first of a six-part series set on Earth in a distant future. Humans and a race of alien refugees cohabit the planet. Unfortunately, the trouble the aliens were fleeing from followed them to their new home. The people of Earth found themselves in the midst of a war. And not on the winning side. The conflict goes on for years as humans and aliens alike learn to live and fight together against a common foe. 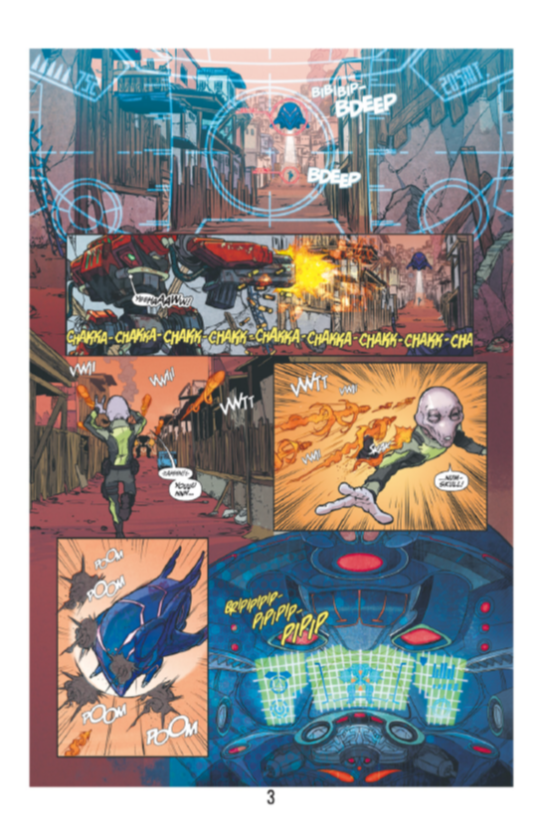 In the opening pages, we meet to the protagonists – Nia, a young officer, and her teammates Lt. Ken, and Tr’U (pronounced “tuh-roo”), an alien refugee that was raised on Earth. We’re treated to back-to-back flashbacks that help set the stage. Nia reminisces about a story her mother told her as a child: the arrival of the aliens. Tr’U remembers his parents detailing the struggles his people faced trying to integrate with the less-than-hospitable human population. 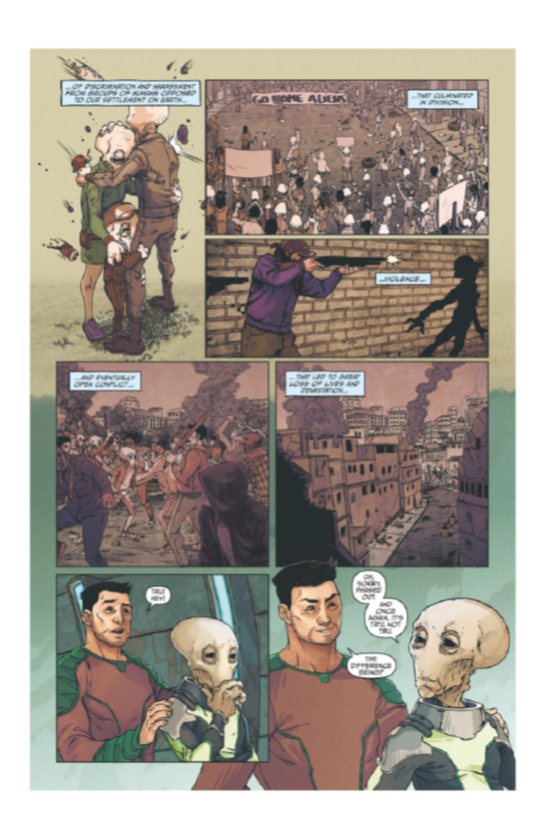 The two memories make it clear that the war has been active for at least a generation. Earth forces are in a really bad way. They are short on resources and manpower. Facing extinction, the only hope they have left is to contact an extraterrestrial group only referred to as the ‘Exillium.’ By the joking reaction given by Lt. Ken to the news, it’s not an idea that’s widely considered to be taken seriously. Luckily, with a recent acquisition, their odds of reaching the enigmatic group are greatly increased. However, the price will be a hefty one. They’ll have to commit a large portion of their remaining forces to pull off a gambit for the ages. 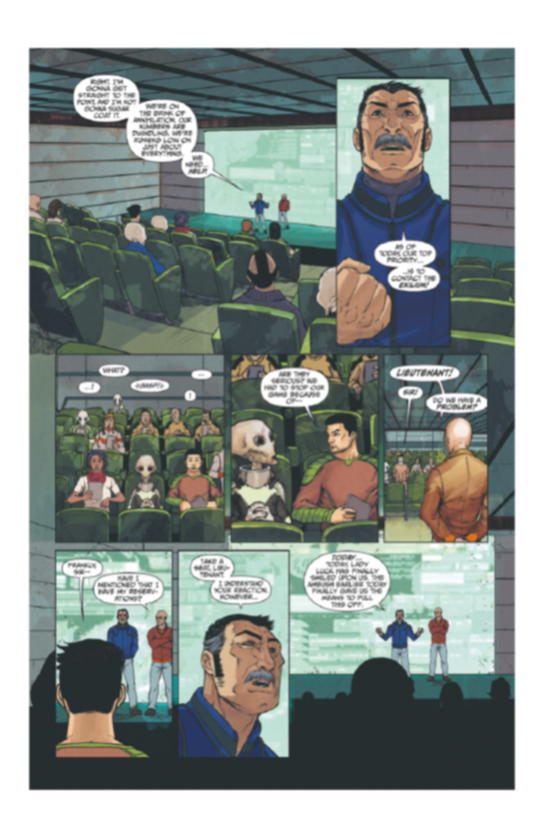 Exilium is something of a love letter to old-school fans of Science Fiction, obviously crafted by those same fans. It’s a refreshing, yet familiar read. The artwork is very pleasing. Character facial expressions and body language are impressively and consistently illustrated. Slabak’s lines help emphasize both the humor and desperation within the story. Dialogue is well-crafted and downright funny in spots especially during a particularly meta exchange between Tr’U and Ken where they reference Independence Day and Spaceballs. This may only be a 6-part series, but I can easily see an entire universe spin out of Exilium. It’s a fun read with lots of potential- a high recommendation for Sci-Fi fans.