Illyana Rasputin, best known as Magik, and kind of known by Darkchilde, is one of the X-Men’s more colorful characters. Marvel’s merry band of mutants does have its share of anti-heroes, but I don’t think even the likes of Magneto or Wolverine truly have the grit or real darkness that Illyana casually flaunts. I guess that’s the result of being abducted and raised in a hell dimension.

Though she has a cult following among comic readers, her stock is bound to rise after her big screen debut in The New Mutants. With its darker, horror-based tone and being centered around the classic foe the ‘Demon Bear’- there’s a good chance that we’ll see Illyana display some of her less than angelic tendencies.

Here are five Magik facts to help you get acquainted with the Russian-born, hell-raised, mutant sorceress.

1. She has two older brothers.

Illyana is the youngest of three mutant children. She has two older brothers; Mikhail a mutant with the power to manipulate matter and Piotr, better known as the famous X-Men member, Colossus, who has the power to transform his skin into organic steel. Illyana’s mutant ability allows her to create teleportation platforms. Similar to the X-Men member Nightcrawler, she has to pass through an alternate dimension (in her case Limbo) before arriving at her desired location.

The Legacy Virus, created by Apocalypse, and released by Cable’s evil clone from the future, Stryfe, is and has always been an allegory for our real-life struggle with HIV. If you weren’t already aware, Magik was the first named victim of the plague as depicted in [easyazon_link identifier=”B000T6H10W” locale=”US” tag=”boundingintocomics-20″]Uncanny X-Men #303[/easyazon_link]. Her tragic death pushed her brother, Colossus, to join Magneto and then later sacrifice himself to provide a cure for the plague. Following the events of House of M, Illyana was revived as the demonic being, Darkchilde, by the former ruler of Limbo, Belasco. 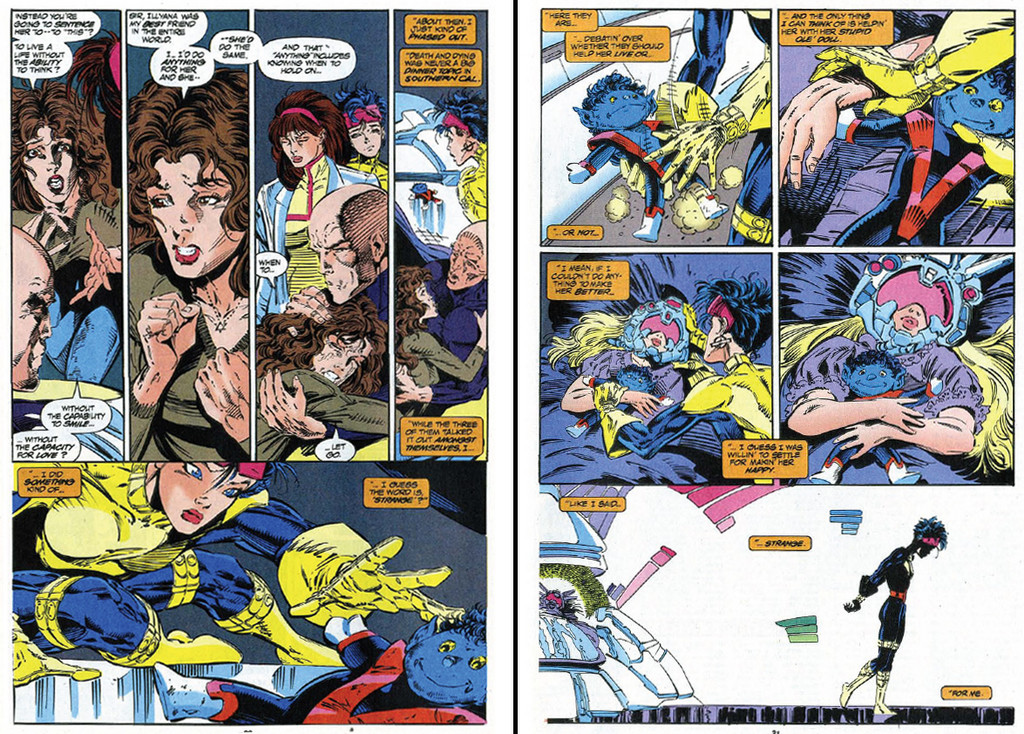 3. The Ruler, and Sorcerer Supreme of Limbo.

Once she was restored to life, Magik regained her memories, and a portion of her humanity, thanks to the New X-Men. With their assistance, she defeated Belasco and claimed Limbo as her own. After a battle with Dormammu, she traveled back in time and was further instructed in the mystical arts by Doctor Strange as his disciple. 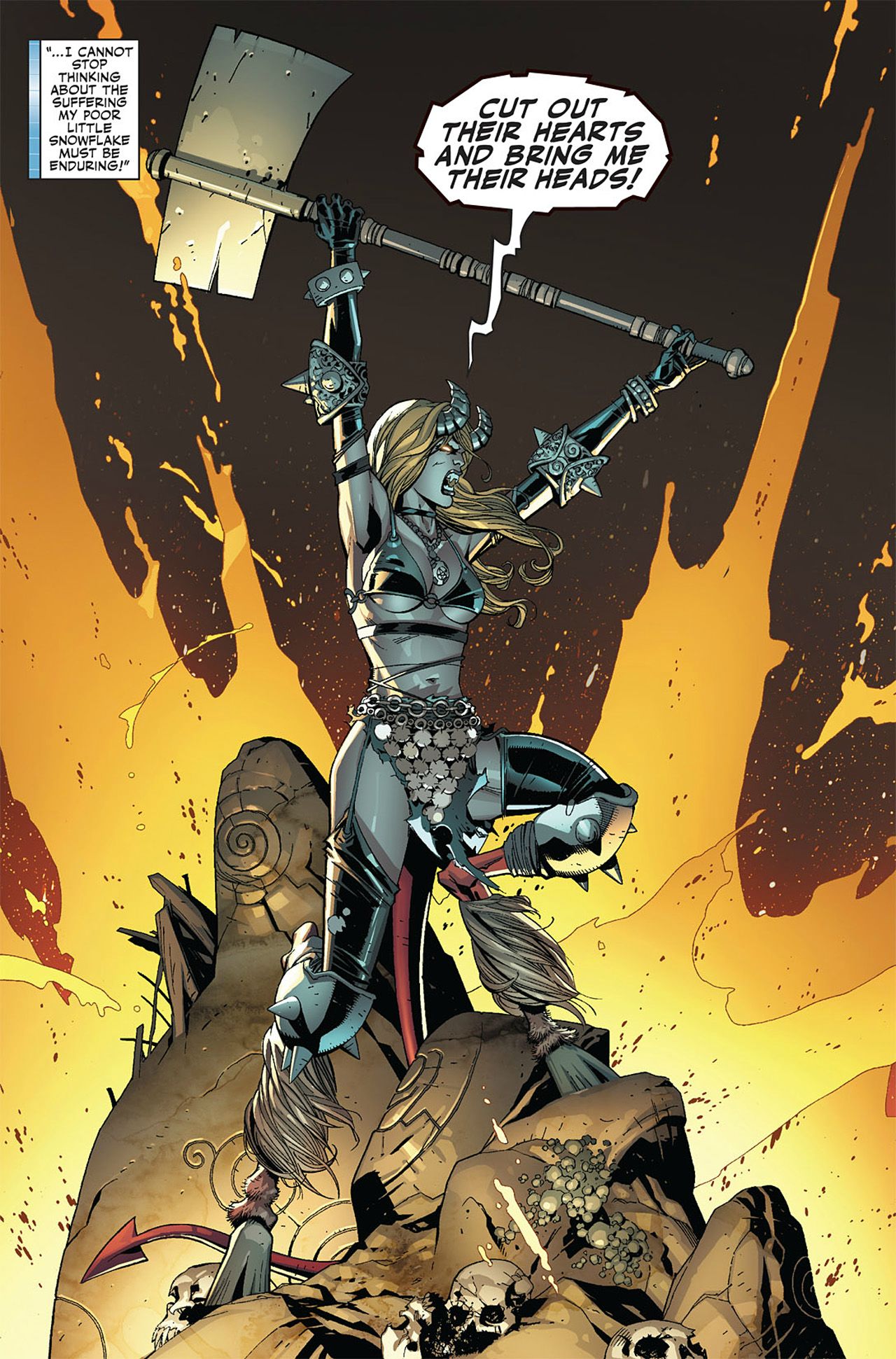 Magik as in her demonic form, Darkchilde

While in possession of her Soulsword, her teleporting powers, combined with her mastery of both black and white magic (taught to her by Belasco and an alternate-reality version of Storm, respectively), along with her innate ability to channel and absorb Limbo’s mystic energies- Illyana is the strongest being in that realm. While in Limbo she is capable of just about anything. Which brings us to our next subject…

4. She allowed Colossus to remain possessed.

During the events of the Marvel crossover, [easyazon_link identifier=”0785156631″ locale=”US” tag=”boundingintocomics-20″]Fear Itself[/easyazon_link], Cain Marko, the Juggernaut, vacated his role as the envoy of the dark-deity, Cyttorak, to become Kuurth: The Breaker of Stone (a Herald of the god of fear). Desperate, Colossus made a deal with Cyttorak to become the new Juggernaut to combat Marko. This choice essentially made Colossus the servant of Cyttorak. Very little of his humanity was left intact. 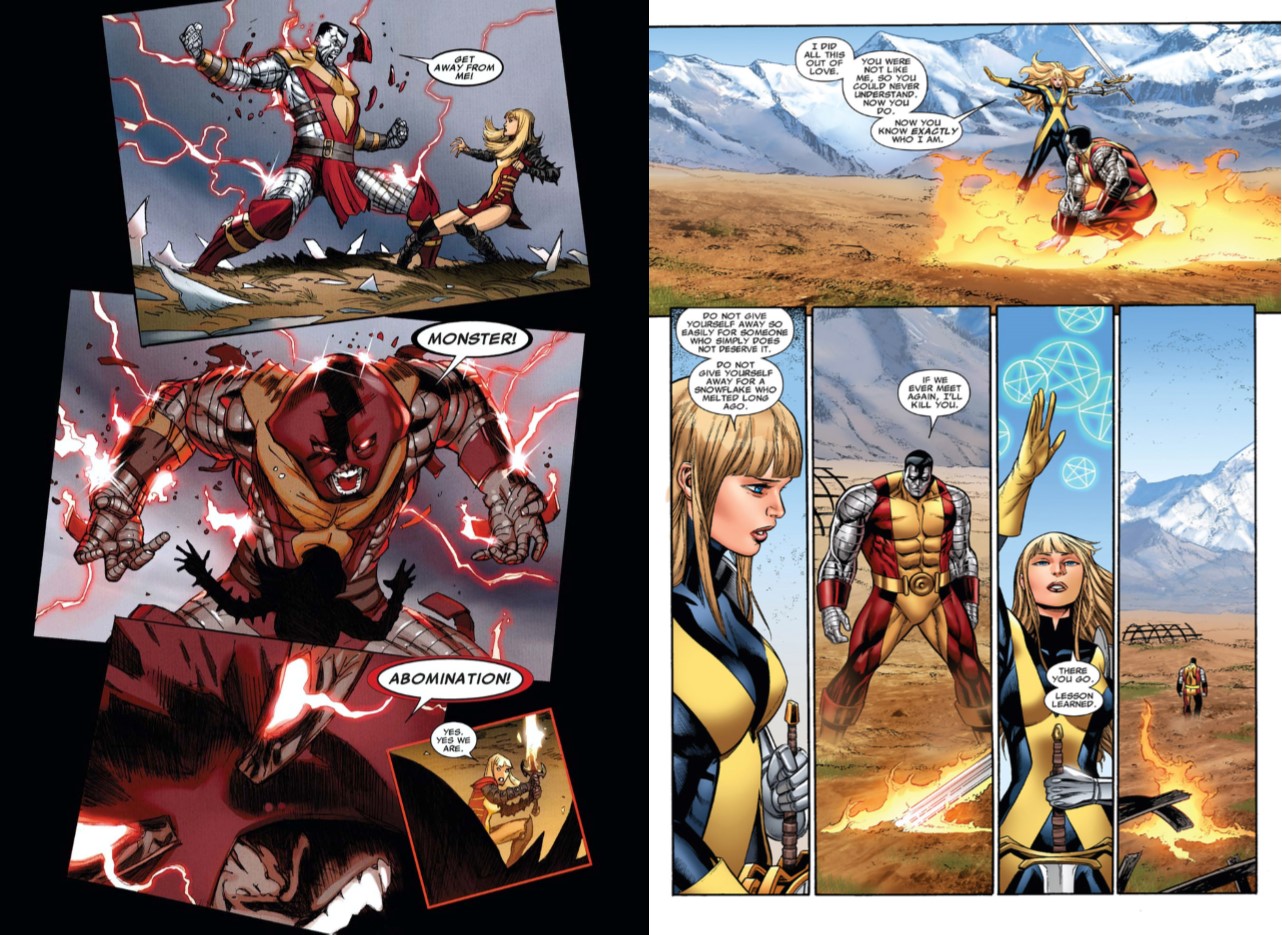 Colossus suffered for months, tormented by his new master’s constant desire to destroy. He remained in this tortured state until Illyana finally drove her Soulsword into her brother freeing him from Cyttorak. However, in the same instance, Illyana revealed to him that she could have rescued him from the very beginning. When Colossus questioned why she left him that state, Illyana claimed it was to teach him what darkness felt like. To show him that his ‘little snowflake’ (his nickname for her) was gone. Although he threatened to kill her, they’ve since reconciled.

5. She was once the Phoenix.

Well, not really. But she, along with Cyclops, Emma Frost, Namor, and her brother Colossus all received pieces of the cosmic being’s power. The Avengers, while attempting to destroy the Firebird, inadvertently broke it into five parts. None had the full power of the Phoenix, but what they possessed individually, made them gods in their own rights. Both Illyana and Colossus lost their shares of the Phoenix Force when Spider-Man manipulated them into fighting, and ultimately defeated each other. While in possession of her piece of the Phoenix, Illyana was able to access levels of power on Earth that she’d only previously demonstrated while inside of her power base, Limbo. 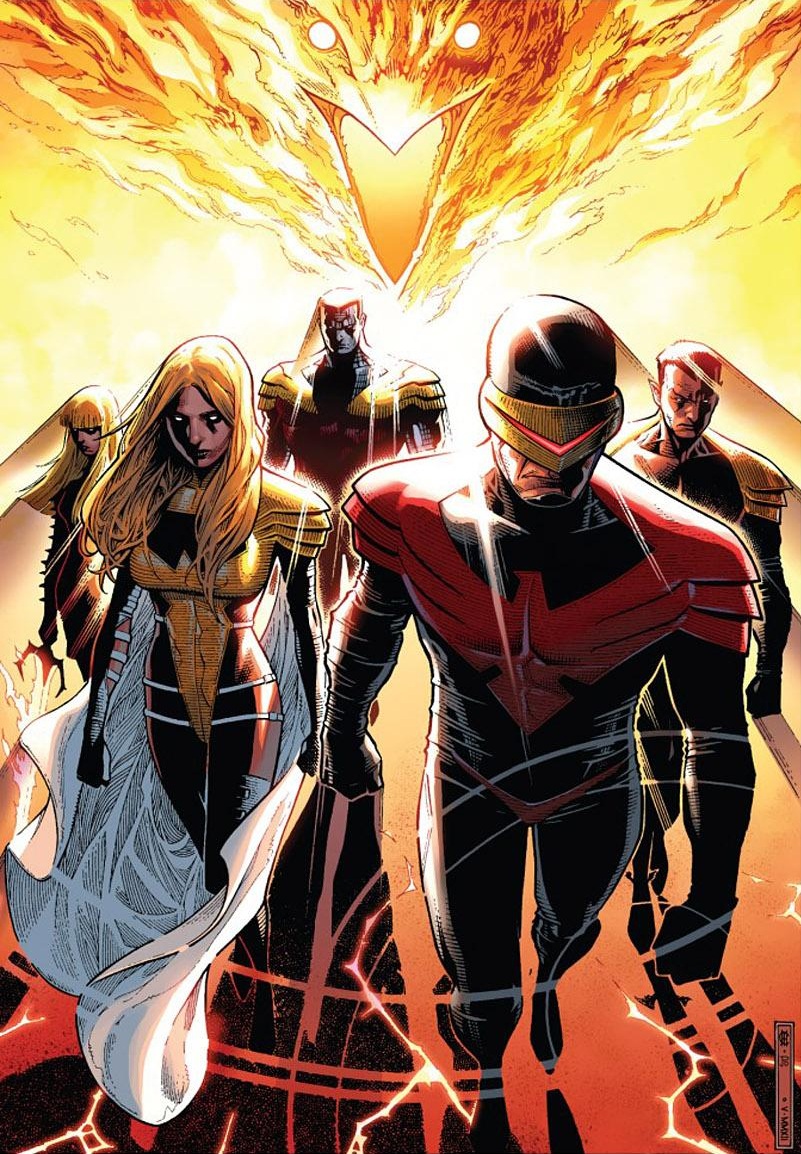 That was some grim stuff. I’m glad you made it to the end! Magik’s is definitely not your run-of-the-mill superhero. Her struggle between the light and dark halves of her soul is what makes her such a compelling character to follow. She could help save the day or be instrumental in plunging the whole world into eternal darkness. One heck of a wildcard. What’s your favorite Magik fact?