Director Todd Philips just gave us our first look at Joaquin Phoenix’s Joker character, and now we are getting a number of set photos showing Phoenix on set.

Our first look at Joaquin Phoenix on the set of THE JOKER pic.twitter.com/DqS4ADFLfB

FIRST LOOK at Joaquin Phoenix on the set of the Joker. #joker #jokermovie #joaquinphoenix What are everyone’s thoughts so far? pic.twitter.com/ZuTKQr0BZv

We even got a set photo of Phoenix laughing:

he laughed and I LOST IT pic.twitter.com/Wjw4KmHATZ

It’s obvious that Phoenix’s Arthur hasn’t made the full transition to the Joker based on these set photos, but there’s a hint of where hi character might draw inspiration from. You can see him confronting a clown who has bright red suspenders, enlarged shows, and even a big red nose, as well as white face point.

What’s really interesting is it appears Phoenix is coming back from a shopping trip as he runs into the clown after he exits a store called “HA-HA.” It’s hard to tell what the subtext is underneath the store’s name, but it appears to say Taint Roofing.

Early rumors indicate Phoenix’s Arthur and Joker will be a stand-up comedian. It’s quite possible HA-HA’s might be the comedy club he performs at, and he’s just leaving after a performance or possibly an audition or practice.

One thing appears to be clear from both Philips’ official first look at Phoenix’s Joker as well as these leaked photos is that Philips is drawing heavy influence from Heath Ledger’s Joker including the costume design. 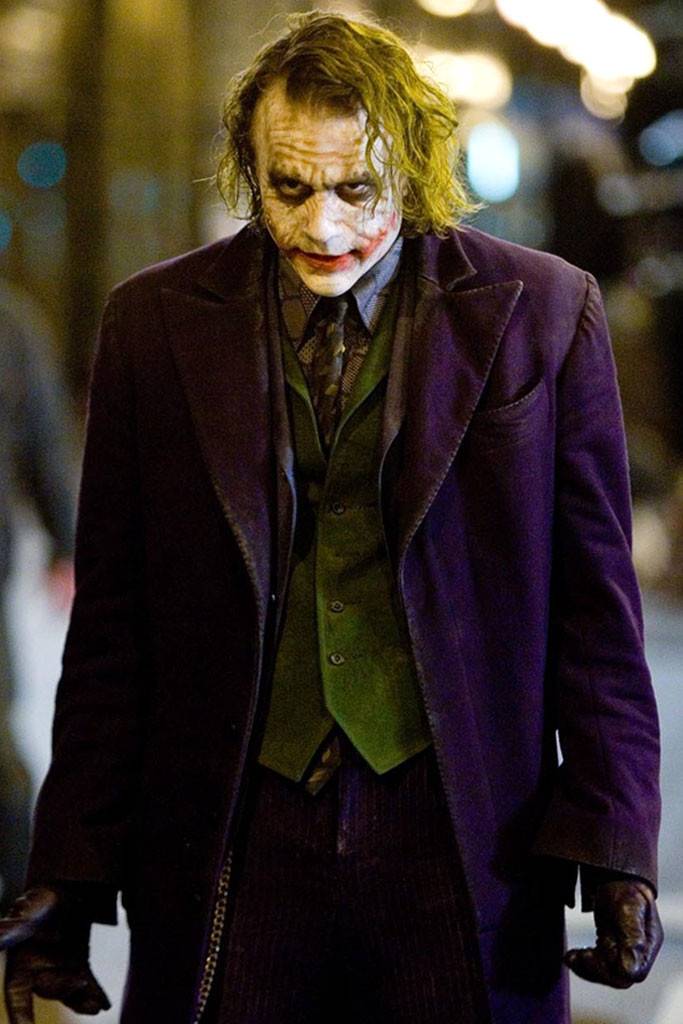 It might not be overt influences, but the styling is there from the bedraggled hair style to even the introduction of the vest with a jacket over top of it. He even appears to already be sporting those high water pants that Ledger’s Joker wore. 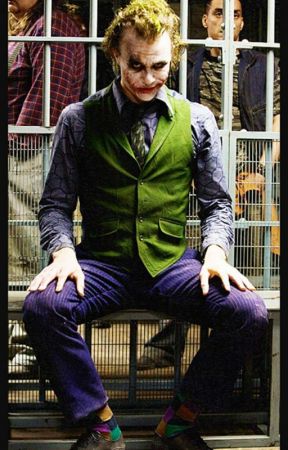 Did your eagle eyes find any Easter Eggs in these set photos that I might have missed?