Not only did Philips reveal a first look at Joaquin Phoenix’s Joker, but he also referred to him as “Arthur.”

The name Arthur was first reported by That Hashtag Show who claimed Phoenix’s character would be called Arthur Fleck.

While we don’t have official confirmation that Phoenix’s character will have the surname of fleck, the name Arthur is definitely a departure from comic book lore where the character has gone by Jack Napier in Sean Gordon Murphy’s Batman: White Knight and in Tim Burton’s Batman where Jack Nicholson played the Clown Prince of Crime.

While, we haven’t seen the Joker go by Arthur before, it shouldn’t surprise anyone that Warner Bros. and Philips would want to give their Joker a different name to separate itself from the DC Extended Universe and Burton’s Batman. In fact, it’s possible Philips might have consulted with former DC president and chief creative officer Geoff Johns who introduced a three Joker theory in the “Darkseid War” in Justice a few years ago.

In fact, Johns is actually working on a Three Jokers comic book series. I wouldn’t be surprised if one of the Jokers ends up being a man named Arthur.

As for Joaquin’s non-Joker look, the hair style is very reminiscent of what we saw from Heath Ledger’s Joker in [easyazon_link identifier=”B001I189MQ” locale=”US” tag=”boundingintocomics-20″]The Dark Knight[/easyazon_link]. The hair is long, oily, and bedraggled. It’s unkempt. It’s definitely different from both Nicholson and Jared Leto’s Jokers. 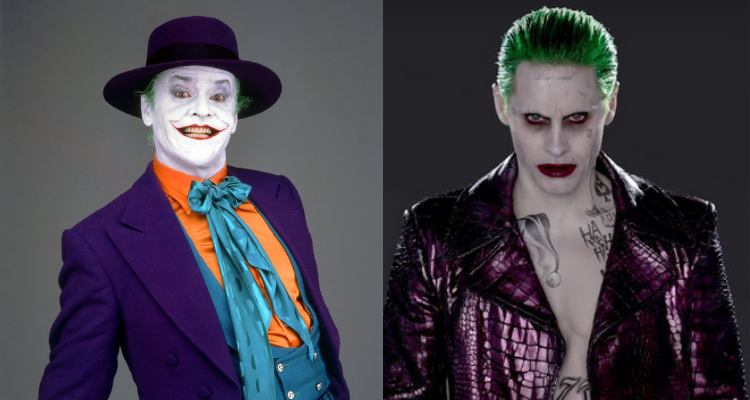 The film is expected to hit theaters in a little over a year from now on October 4, 2019.