As a fan of action movies, it’s nigh impossible not to be a fan of the Predator series. [easyazon_link identifier=”B003GX5CWY” locale=”US” tag=”boundingintocomics-20″]Predator[/easyazon_link] has, to me always been an action film first, and science fiction second, and with all the hype built up around the current installment in theaters, I feel like I couldn’t get to the movies fast enough. The big question is pretty much this: Is The Predator a worthy addition to the franchise, or is it another [easyazon_link identifier=”B0019I6XDK” locale=”US” tag=”boundingintocomics-20″]AVP: Requiem[/easyazon_link]? Let’s talk about it. 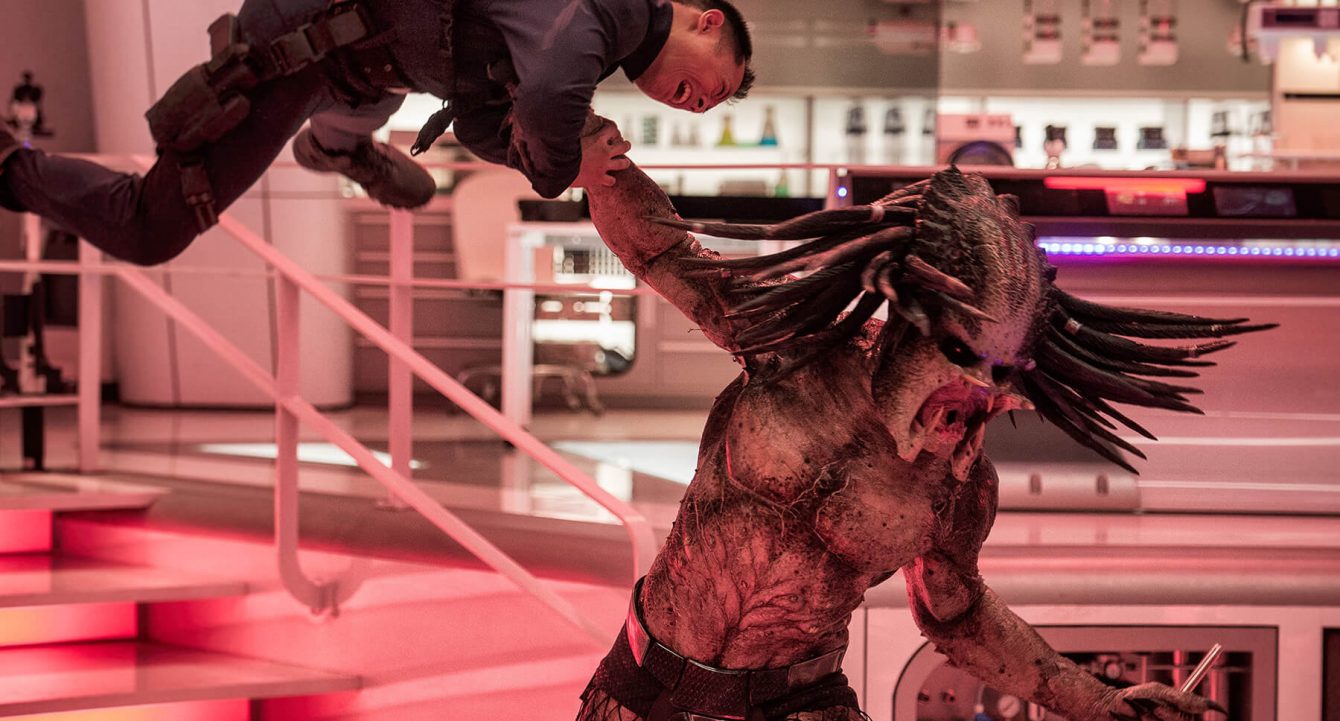 The film opens like the first, in space. After what appears to be an interstellar car chase, we end up with a Predator on Earth and chaos ensues. The first scenes almost feel like a quick remake of the first film, and that’s fine, as we then continue on to meet the heroes of the film. The band of mentally unbalanced soldiers all play well off each other and are almost immediately likeable, with a solid bond forming between McKenna and Williams (played by Boyd Holbrook and Trevante Rhodes). Olivia Munn joins the group as a scientist who is on the run from the government spook show that’s been aware of the Predators since 1987. Munn’s character is the weakest link in my mind if only because a biologist isn’t going to be operating machine guns without any training but it’s a Predator movie and you have to let some stuff slide. 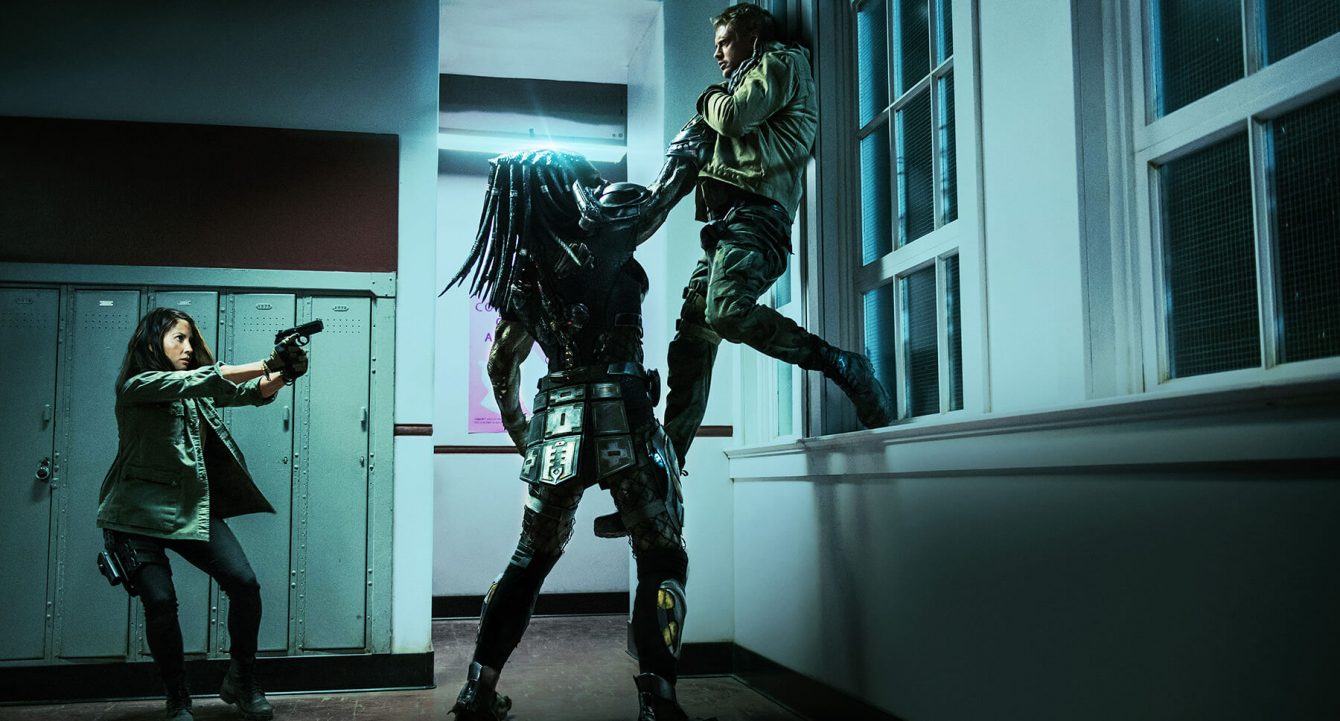 As an action film, The Predator gives you enough to keep you interested. Although there are more than a few instances where you might want more explanation than you’re given, you can easily just sit back and go with the flow. The visuals are solid, with both Predators (you already knew there were two from the previews) looking both realistically frightening and brutal. The spaceships look sleek and smart and with all the explosions and gunfire you should have a pretty good time.

The smartest thing the movie does is accept the fact that it’s an R-Rated film in a R-Rated franchise. There’s nothing more annoying than when a series that started out for adults realizes it’ll sell more tickets by dropping to PG-13 to sell more tickets. I’m looking directly at the Friday franchise when I say this. Predator knows that in a situation like this, nobody is going to say things like “heck yes” or “no freaking way” etc. It understands that liberal use of swearing and gore are important to the plot. There’s no nudity or sex in the film at all but there’s a fair amount of people getting killed. Some of them get chopped in half, but you could probably take younger teenagers to see it.

What I, and I think the majority of its targeted crowd wanted from this movie was nostalgia and some more expanded universe stuff. The ending was all right and set up a sequel, but I felt like it missed the boat on a lot of opportunities to give the audience some winks and nods.  Don’t get me wrong, there are a few here and there, and I get that Arnold Schwarzenegger didn’t want to come back, but you’re telling me Danny Glover had better things to do?

The most important aspect of going to see a movie like The Predator is understanding that you’re going to see a Predator film. You’re not going to see Sophie’s Choice, and this movie isn’t going to get a Best Picture nod, and that’s perfectly okay. For some solid action and a little bit of nostalgia, The Predator delivers, and I suspect there’s a director’s cut of it that might give the fans a little more of what they want. If you liked the first three movies, you’ll be happy with this film, and anything they put out will be better than AVP: Requiem.