Grevioux will script and co-write the series alongside Lonnie Nadler, Zac Thompson, and artist Kevin Lashley. The series will be edited by Karl Bollers.  Grevioux is no stranger to working with Lashley and Bollers as he previously worked with them on Marvel’s What If? and Underworld: Blood Wars.

Grevioux spoke to ComicBook.com about the project:

“You know, for me, I hope they get a sense of the fun and the excitement of the Valiant universe. This is one of Valiant’s quintessential characters, flagship-type characters that really carries the essence of the franchise. We hope to bring truly what fans are used to. A lot of bold, exciting action with a twist of fun. That’s always a great combination.” 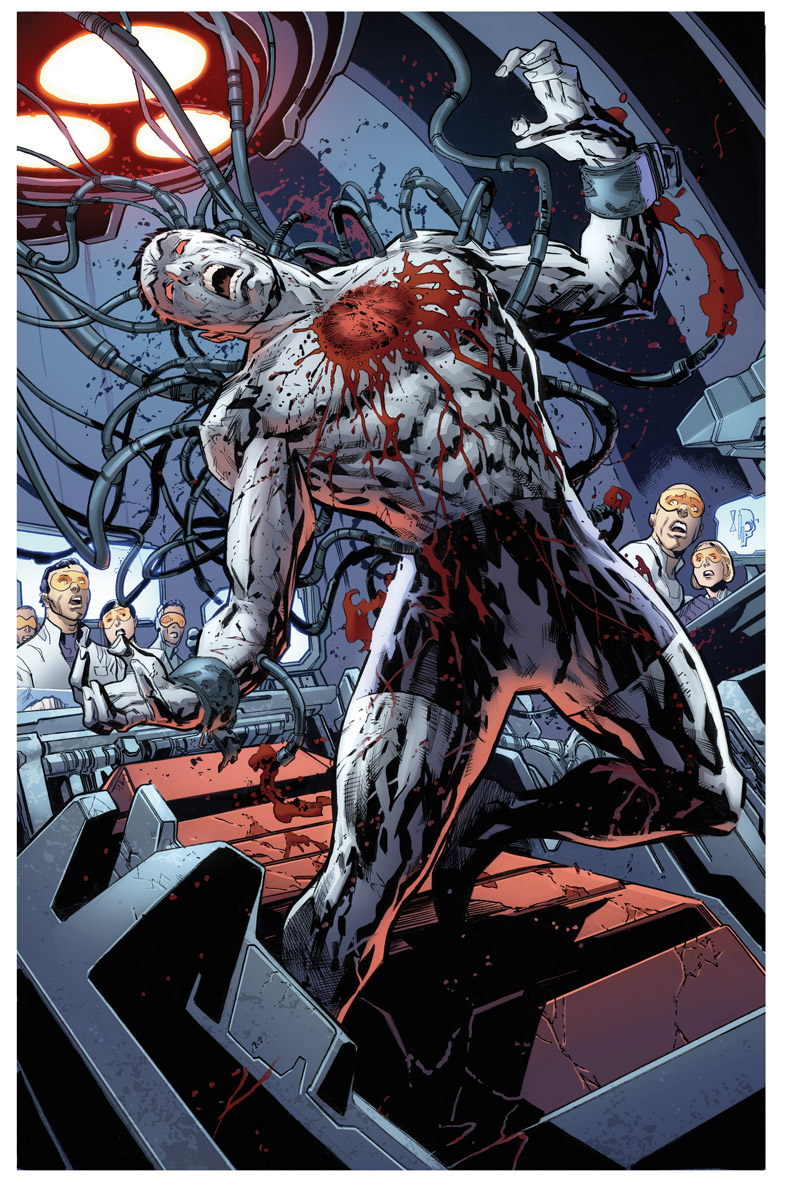 Artist Ken Lashley noted this series will play to his strengths: 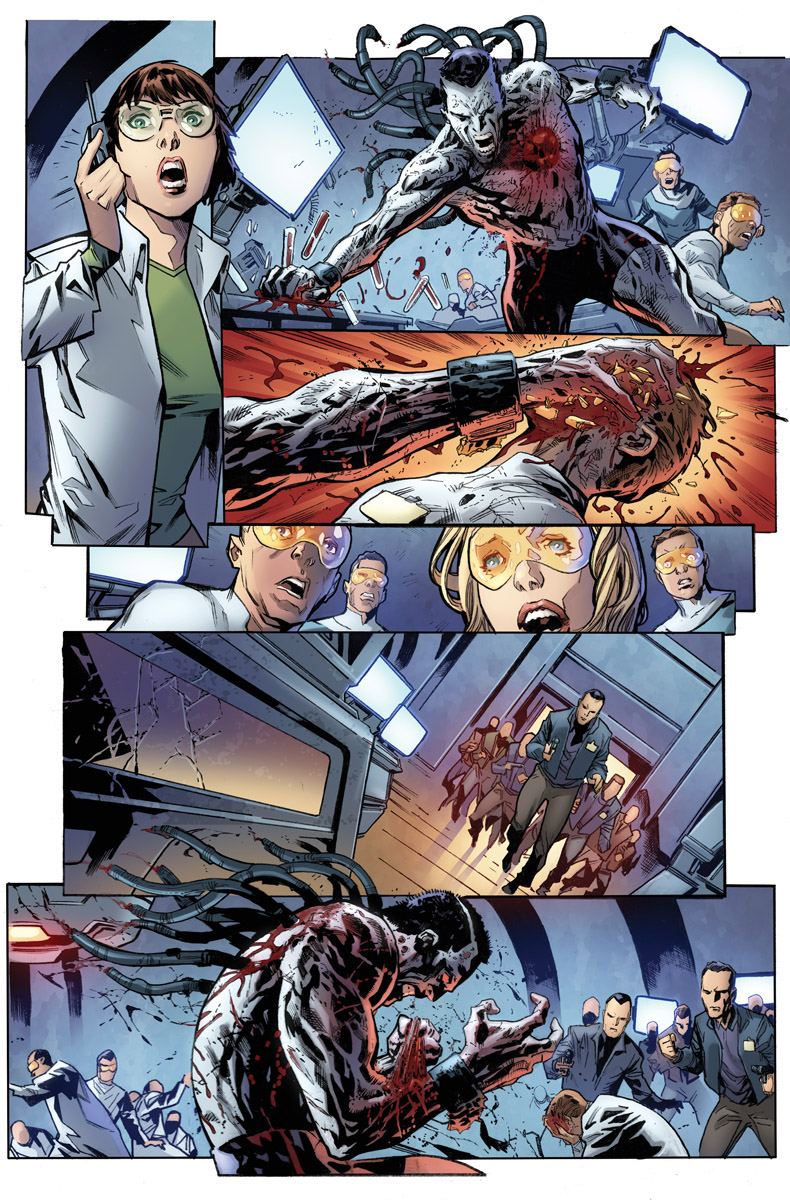 Editor Eric Bollers discusses what fans can expect as he describes this series as the “definitive Bloodshot origin.”

“For me, I’d say that this is our opportunity to tell the definitive Bloodshot origin, which we’ve hinted at. I think that that’s really going to excite people who may not be that familiar with the character. It’s going to be a good jumping on access point for people who don’t know Bloodshot. It’s a good entry point.” 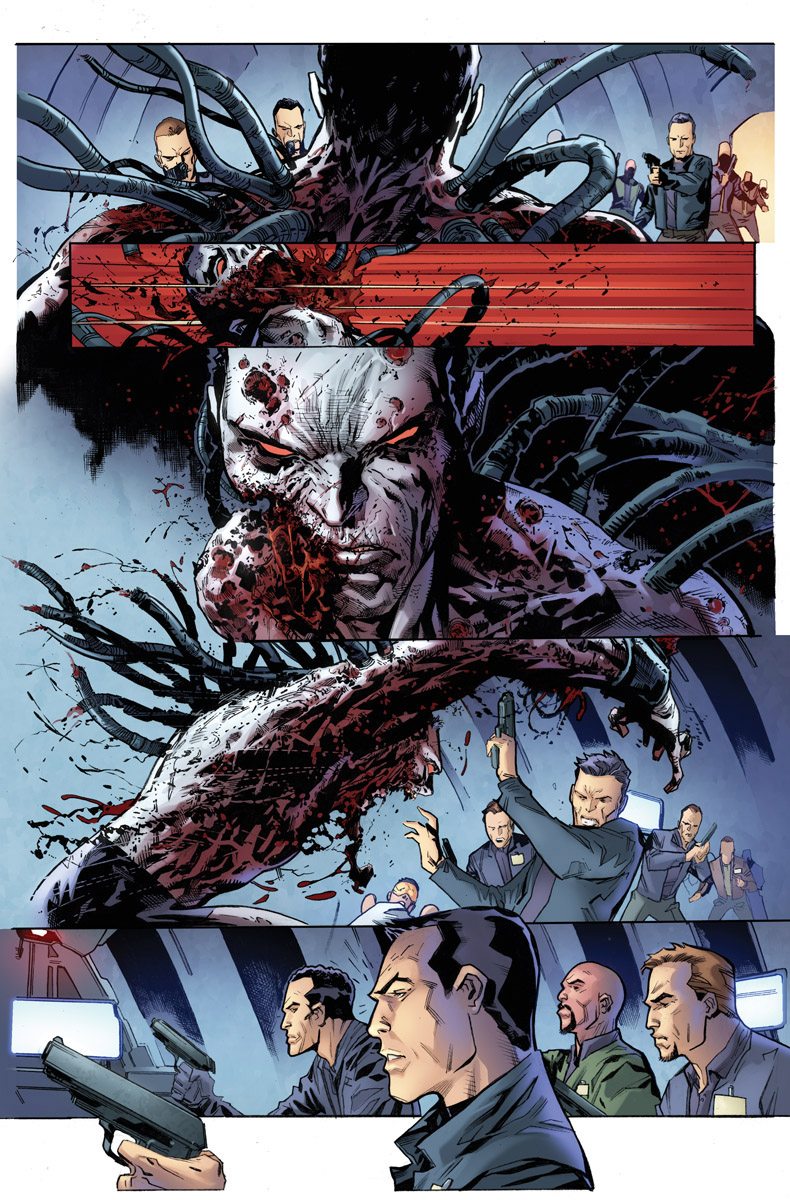 Bollers did want to make it clear that this is not a reboot:

“No, we’re not rebooting it at all. We want this to operate in the way that if you’re a long-time Valiant fan, there will be things in there for you that you will see and you will recognize. At the same time, if you’re unfamiliar with Valiant, that stuff won’t stand out as distracting. It will just go right over your head but still be entertaining. It’s going to operate on the level for fans who were already initiated to the character, as well as the more casual reader.” 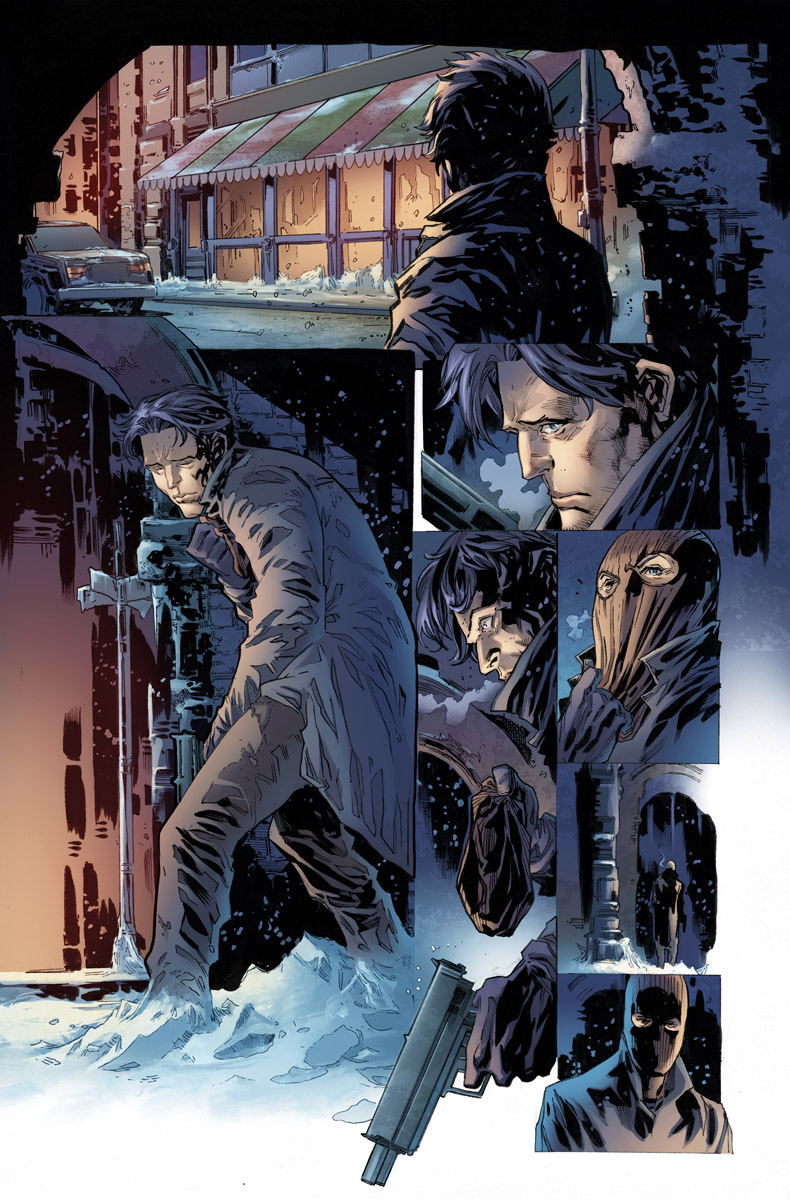 “Before a weapon is deployed in battle, it must be designed, refined, field-tested.
Bloodshot was no exception.
In the early days of the private military contractor Project Rising Spirit, the nanite-infused super-soldier who would one day become their most violent and valuable asset was a resource to be mined – and it was up to one enterprising employee, the Memory Weaver, to ensure he did what he was told. But memory is a tricky thing…and the man Bloodshot used to be won’t let go of his past so easily…
Critically acclaimed writing duo Lonnie Nadler and Zac Thompson (Cable) team up with distinguished artist Ken Lashley (Black Panther) to open a door once closed and reveal answers to questions that Bloodshot himself would never think to ask!” 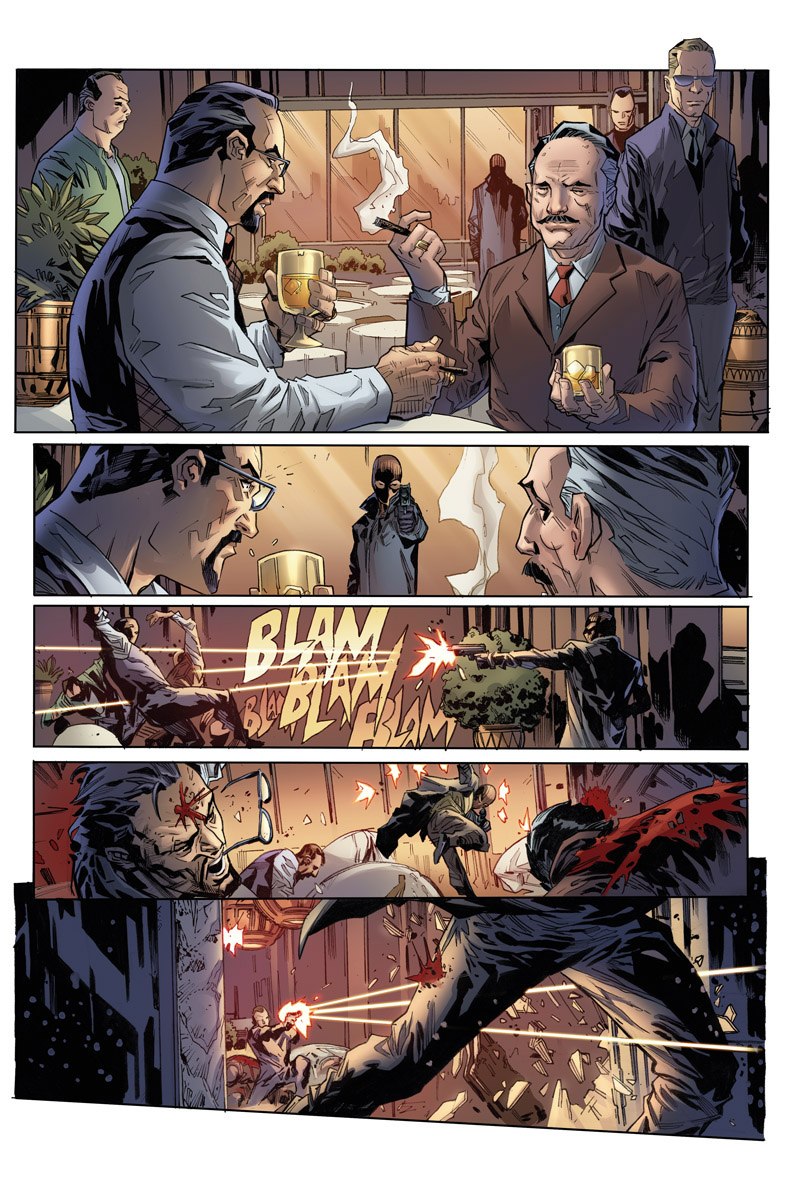 Bloodshot Rising Spirit #1 not only will see Grevioux take on scripting duties for Bloodshot, but it will also launch Valiant’s Glass Series. The Glass Series will see a limited run of upcoming first issue variant covers printed with a special multi-colored process on pane of glass. The first of these covers will feature artwork by Doug Braithwaite. 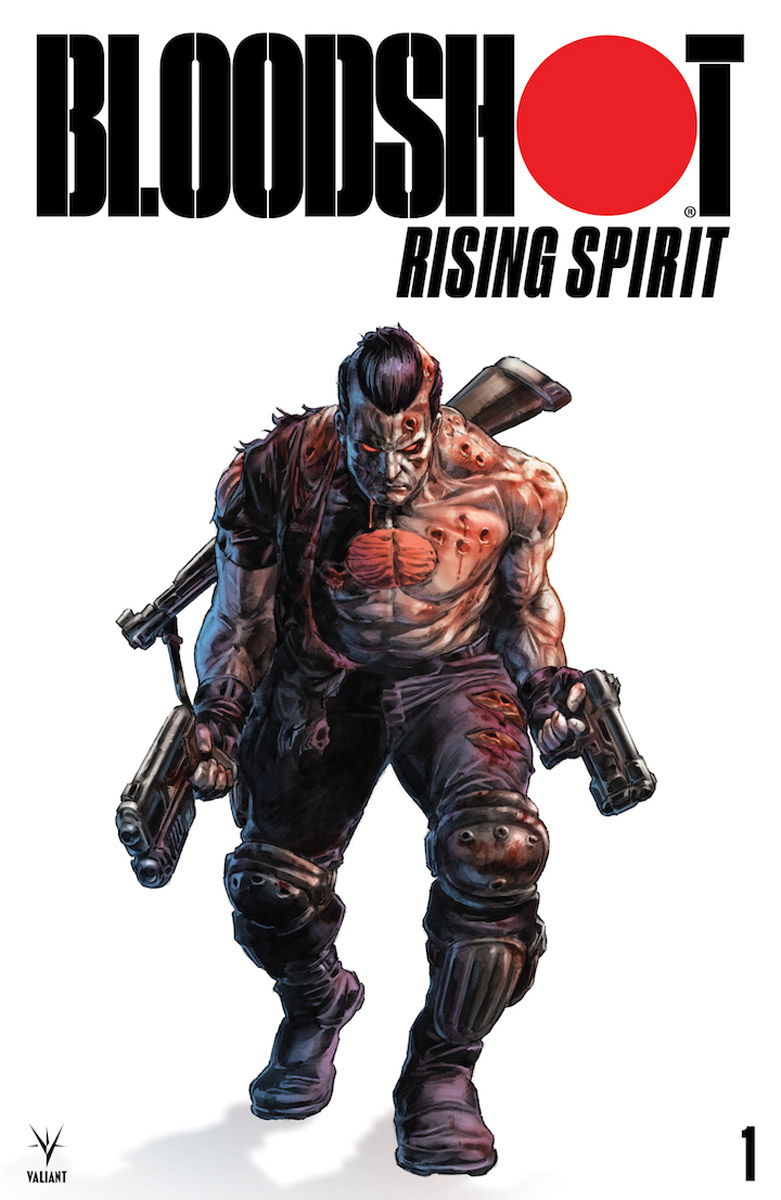 Along with Braithwaite’s Valiant Glass Series cover there will also be covers by Felipe Massafera, David Mack, Staz Johnson, and Ken Lashley. 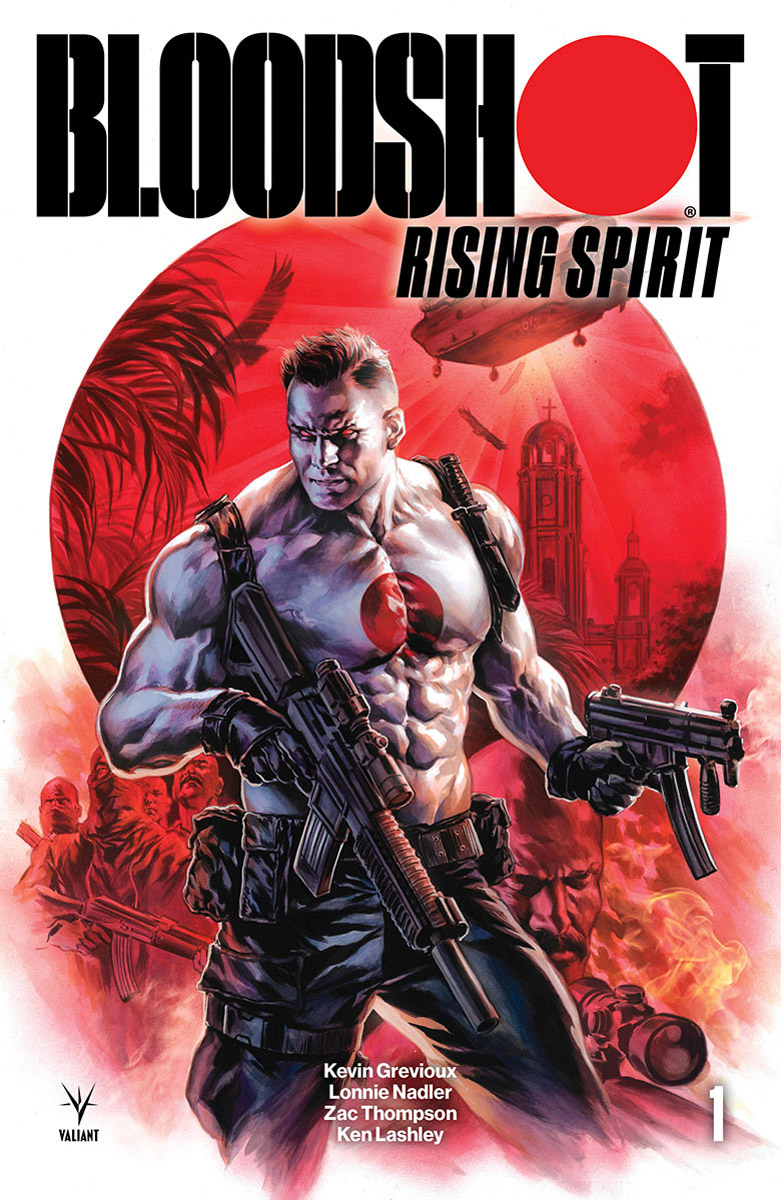 Cover A by Felipe Massafera 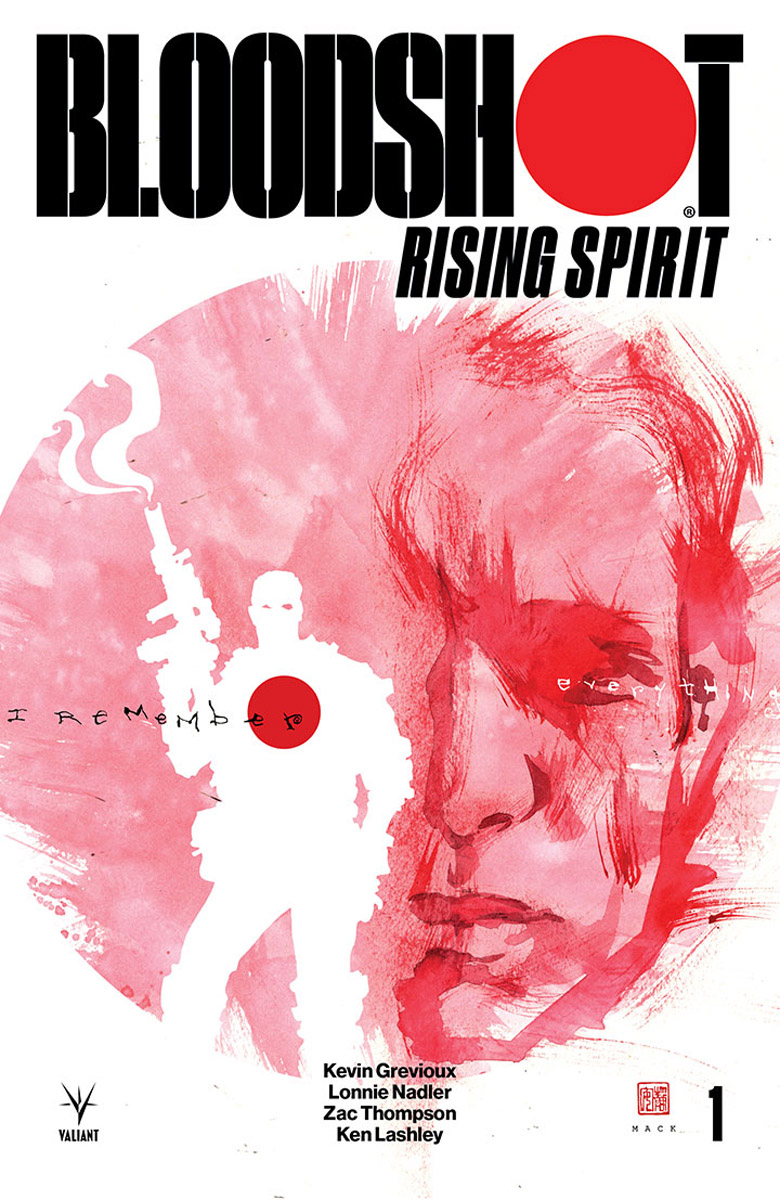 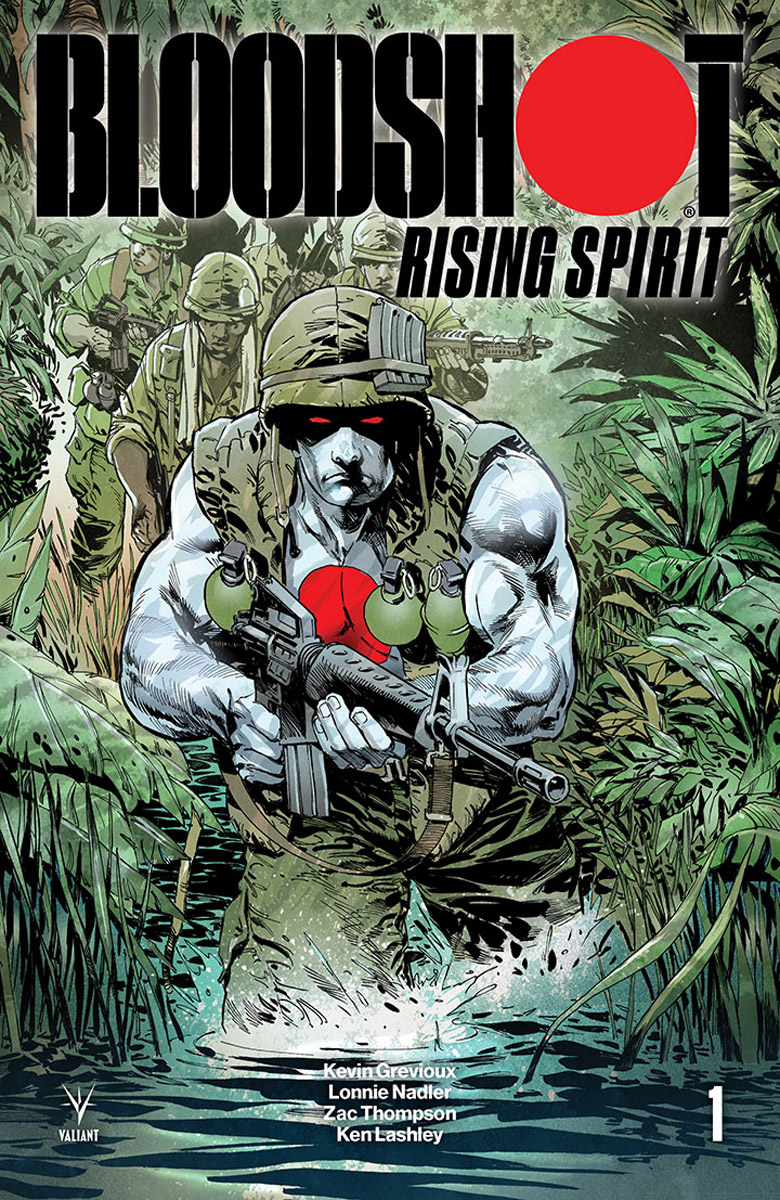 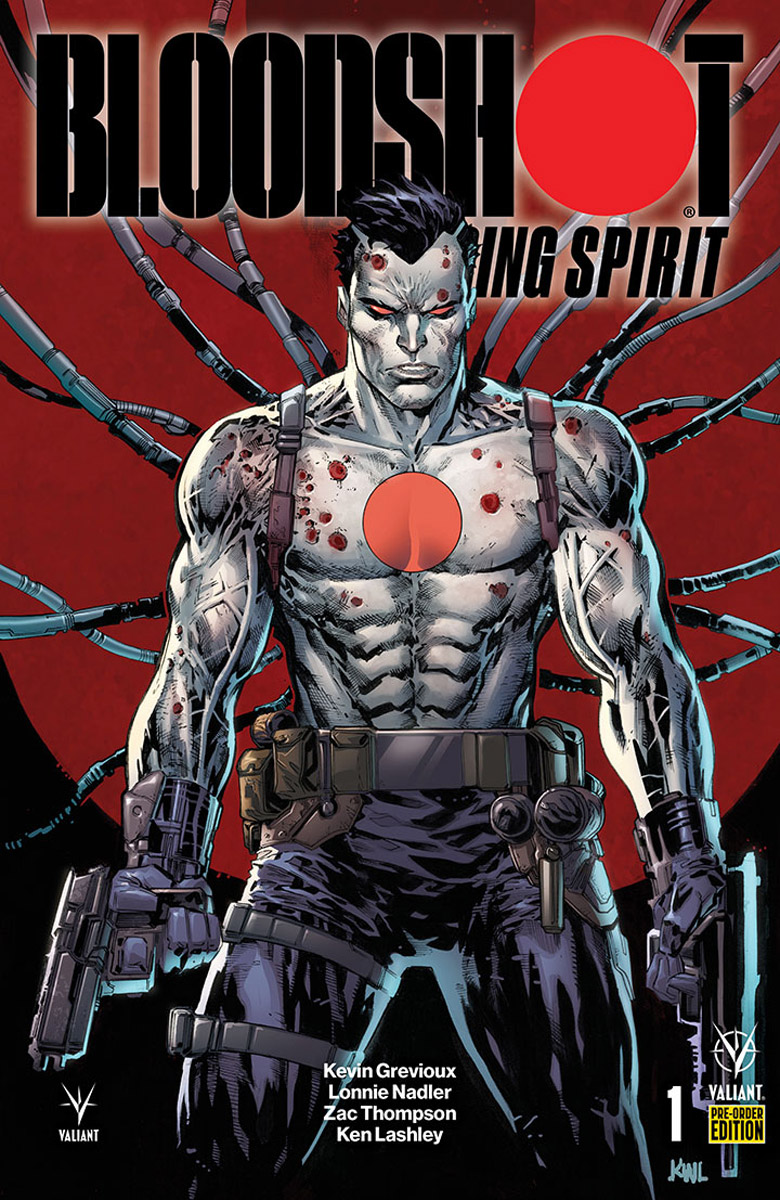 Here’s how you can get Lashley’s Pre-Order Edition cover: 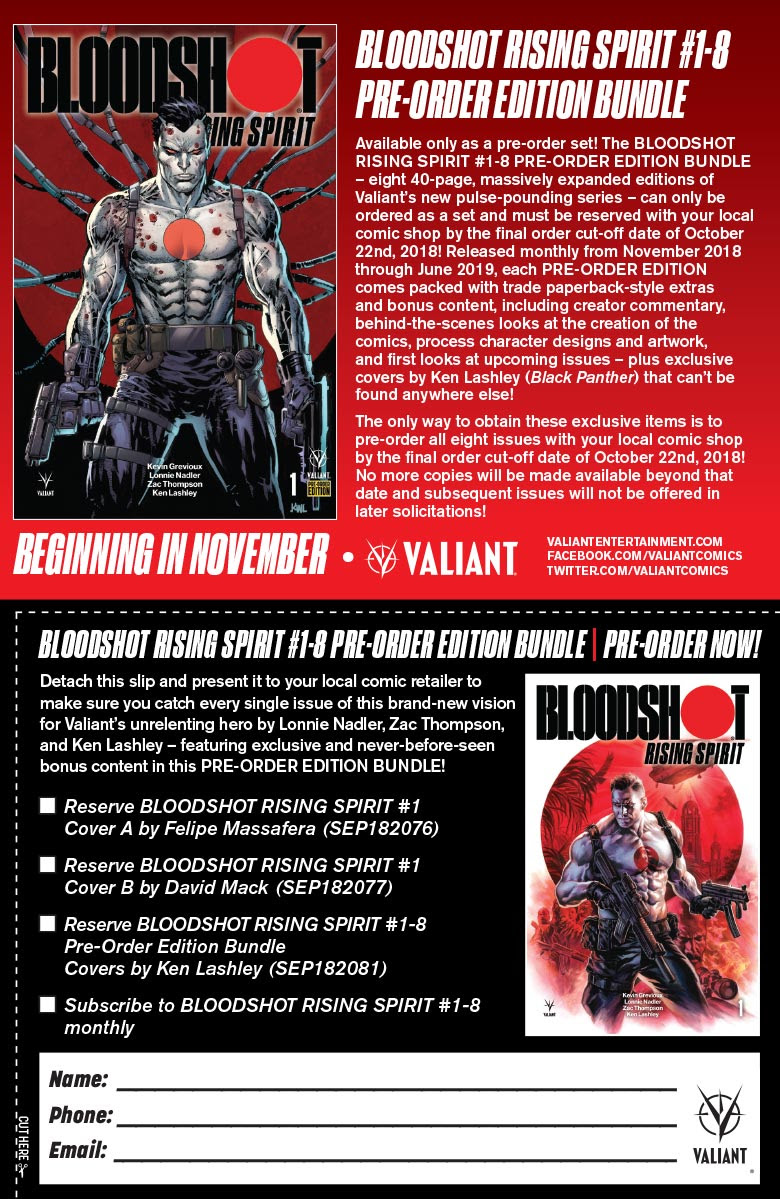