After binging the 10 episodes of Iron Fist season 2, amidst a layman’s schedule and some other projects, I’ll throw in my two cents to the various voices that have already voiced their opinions on the season. There are nods to things in the source material that I vaguely recognize, but have to delve deeper to properly get hyped for. There are other opportunities for fan service that really didn’t pan out for the season, in exchange we had some interesting choices in writing and narrative direction that I really didn’t expect out of a show that just a short time ago was the worst Defender series out of the bunch.

I didn’t really speak about Iron Fist season 1, because everyone had already taken it out to the trash. I felt that it deserved a few minutes of my viewing because it touched on a few things that I had experienced in my life. Namely, an isolated existence in a cloistered environment. The only things Danny Rand (Finn Jones) and Colleen Wing (Jessica Henwick) knew of were their existences and instruments for the greater purpose: The Immortal Iron Fist, Protector of K’un-Lun, Sworn Enemy of the Hand. Colleen Wing served as the agent of the Hand, a secretive organization working behind the scenes to leverage their hold on the world. To what end, remained unclear, and it only seemed they wanted power for power’s sake. With their arc ended, what’s left for the Protector of K’un-Lun? And what is the former servant of the Hand to do, now that her former employers are off the map? 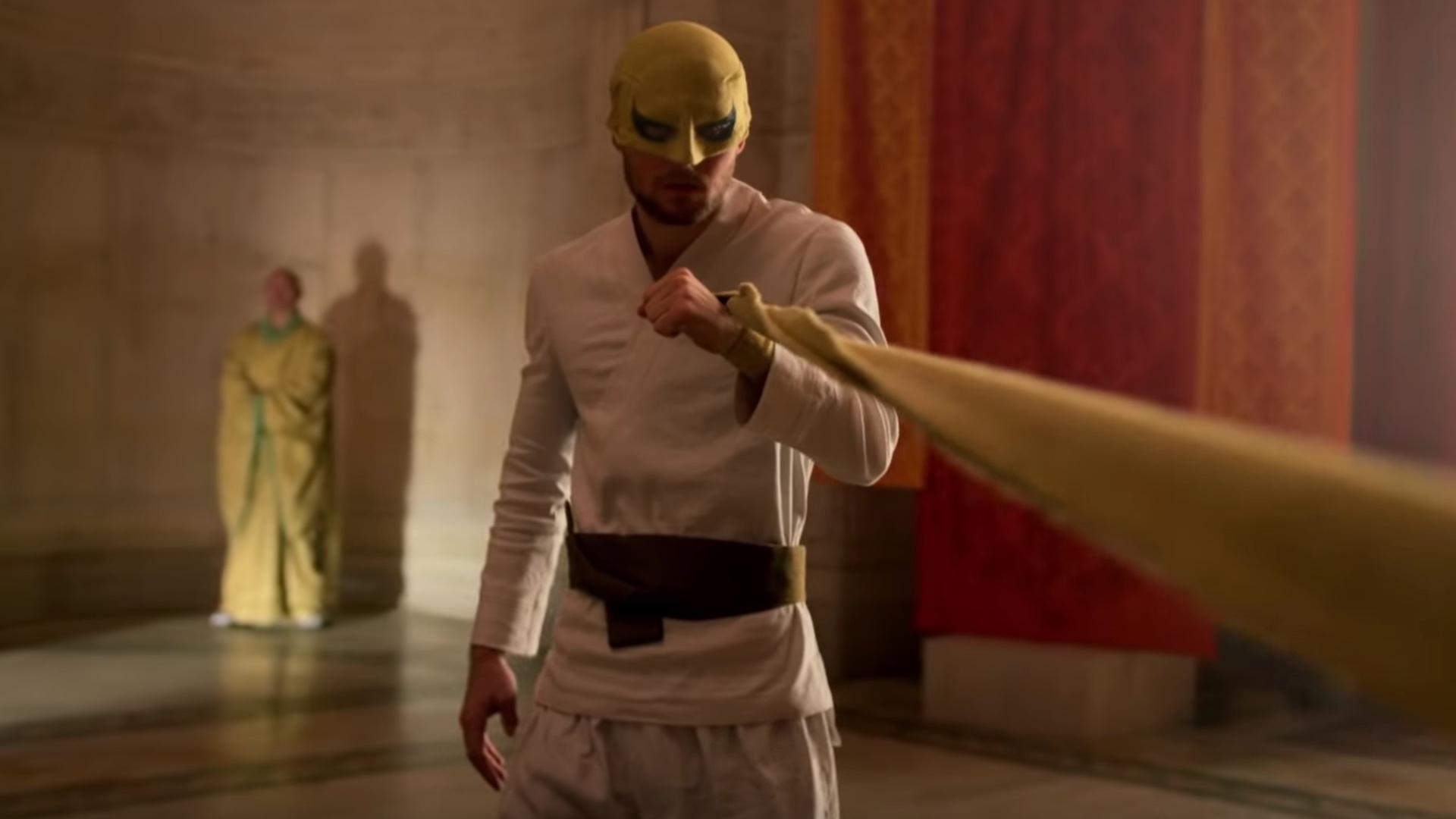 Iron Fist season 2 begins with the characters we’ve seen from season 1, Danny Rand, Colleen Wing, Joy Meachum (Jessica Stroup), her brother Ward (Tom Pelphrey), Davos (Sacha Dhawan), and minus a tired element from that first season, The Hand. The secretive group has been wiped off the map in Hell’s Kitchen for the most part, and the only elements of criminal activity remaining are looking to fill the void that the Hand left behind.

Danny Rand, almost at the behest of the Daredevil from the first (and maybe only) season of the Defenders, is out at night protecting the city from those who would seek to corrupt it with criminal activity. Colleen Wing has retired from teaching the martial arts, and has converted her dojo to a home for her and Danny. Ward Meachum is a stressed out friend who shows concern for Danny more than his own shattered existence. And Joy is working with Davos behind the scenes to steal the Iron Fist from Danny, and for reasons of her own holds grudges against Danny and Ward for things they did last season.

The characters are given better scripts for this season. The writing is significantly stronger, and that’s high praise considering these characters have to have a continuity from the wacky writing from last season. There was little doubt in my mind about Finn Jones’ acting prowess, I just felt the material he was given last season was atrocious. This season, he seems less like a whining child and more like someone who has trained in the most brutal fashion to hone the powers and responsibilities of the Iron Fist.

Colleen Wing has always been a fan favorite. Last season, she even received higher praise for her role than the titular character of Iron Fist. I especially like any scene with her and Misty Knight as a duo. I feel like Luke Cage Season 2 was revving up to this season of Iron Fist, where we could explore more screen time with the daughters of the dragon (those of you unfamiliar with the comics, it’s a title for the Colleen Wing/Misty Knight series or comics). 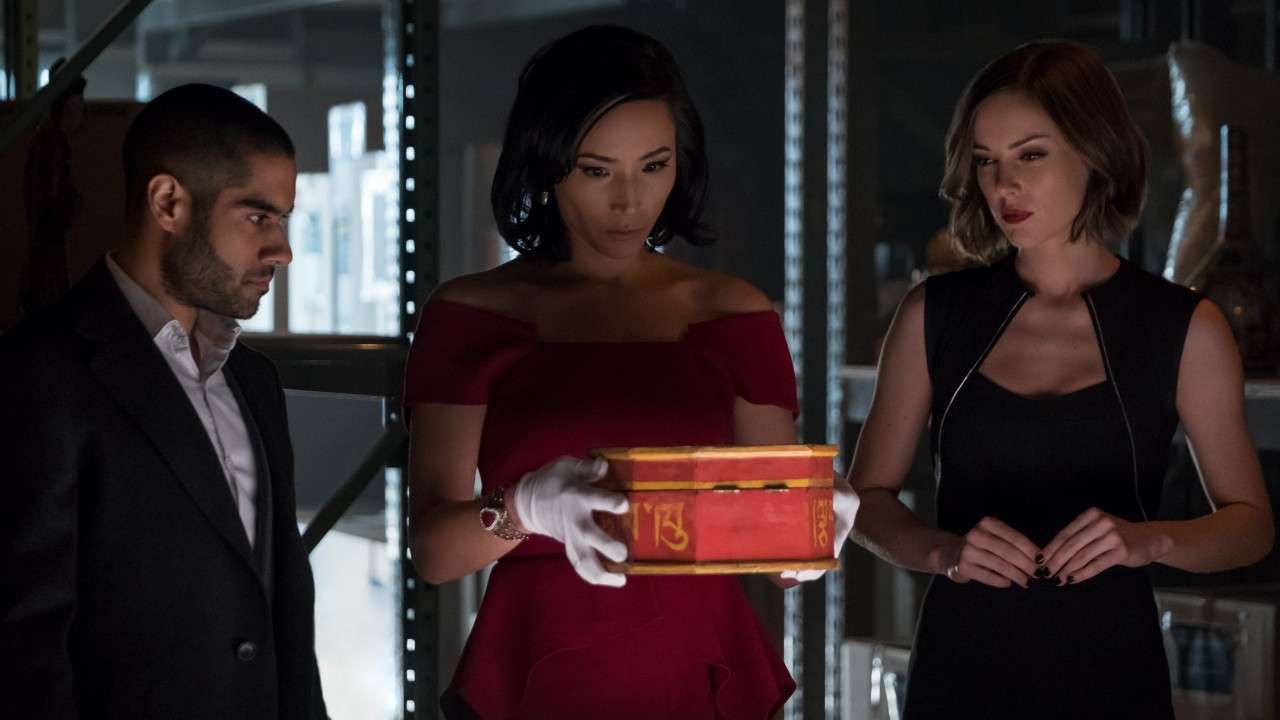 Last season, when it came to the Meachums, the writing suffered. That’s an understatement. Henwick was the strongest written character last season. And Danny Rand’s character was hurting for good material.

The Meachums were bleeding for decent writing.

And the show-runner Raven Metzner for this season is committed to getting them just that. So the bleeding has more than just stopped, it’s pretty darned good. Ward shows realistic dimension to his character, depth and emoting. He seems more grounded and Ward is a great deal more interesting than what he was in the first season. For Joy’s character, last season it seemed like her allegiances and part of the story really fit in with what Danny was doing. By allying with Davos at the end of last season, it at least gave the writers for the second season a chance to really develop her to become a villain for this season.

When it comes to Davos, he becomes a force to be reckoned with. His jealousy over Danny Rand becoming the Iron Fist over him is somewhat believable. We get an ever growing power-trip from Davos after he gets the red fist we’ve all seen in the commercials. His character is a performance of a righteous justice bringer without any compassion or reasoning. It can get over-the-top at some times, and at that point his complexity seems to dwindle as a character. So we’re just given a black-and-white villain with no real motive other than to do harm.

New to the Iron Fist Series 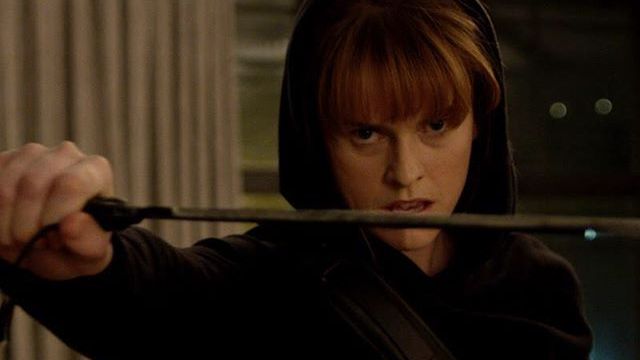 The real winner this season was Alice Eve playing Typhoid Mary. To go into how she stole the show for me as Mary Walker would go into spoiler territory. I will say that she manages to show a complexity to her character and depth to how she plays the Mary Walker role. The performance feeds my need for Easter Eggs as well as paints a fleshed-out narrative of a relatable character. A character that the show really didn’t have for its first season. And maybe it missed out on for some of the other characters in this season. It was like having Frank Castle show up for season 2 of Daredevil, a performance of Jon Bernthal really embodied the character of Punisher, insomuch as he stole the show for much of the season. Just as much as Vincent D’Onofrio did for the first season of Daredevil. And that he got himself a solo series that had much acclaim for its first season. And a second season.

I’ll say this – they should have a Typhoid Mary solo title on Netflix. Alice Eve’s performance and character were that captivating for me that she deserves her own show. I know I’m not the first person to state this. Probably people with more pull in the industry have already said it. But Eve’s got something going for her in the character of Mary Walker and she should really be in talks for a solo title.

We have to talk about Misty Knight in this season as well. She is every bit as interesting as Rosario Dawson was for the first seasons of each characters shows. Knight’s interactions with the Colleen Wing and Danny Rand seem more believable because of her position as detective. And her fighting is more believable as she sports a metal arm to fight off some of the baddies. I just hope they use Missick more in other upcoming seasons of other shows. 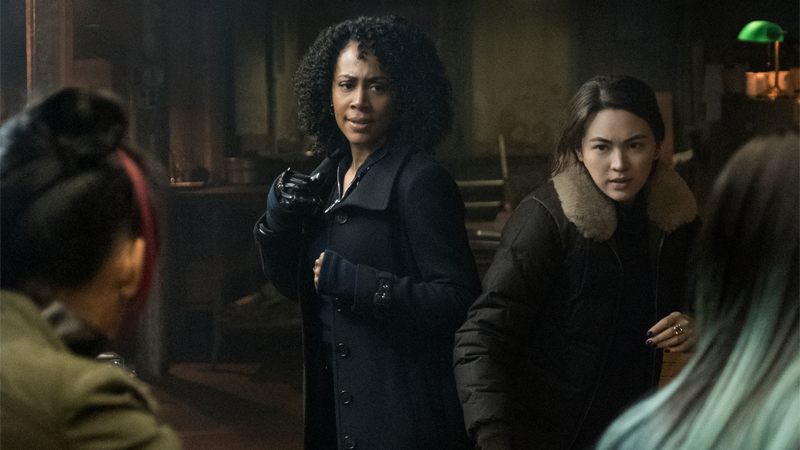 So we’ve got some stuff from the last season to deal with. Davos is working with Joy Meechum. One feels jaded because Danny Rand stole the Iron Fist away from him. The other feels jaded because Danny and Ward hid the truth about her father from her. Davos becomes then the ultimate enemy for Danny this season while Joy is this villain behind-the-scenes. However, the plot progression over 10 episodes is a bit rushed and really needed some time to slow down and dive into Davos’ convictions. I never got to really know why he becomes so obsessively over-the-top. Especially when he goes on a power trip after getting the red glowing hand.

We know everyone’s back stories from last season already. We’ve seen Danny’s parents get sucked through the plane a million times. Everyone has heard about how he punched Shao Lao the undying, how in doing so he inherited the iron fist. We know about Colleen Wing’s past associations with the Hand and Danny’s past with the Meachums and their story. This season should then give us the chance to explore some of the villains.

Problem is, we don’t have enough time to properly explore them like we did for Wilson Fisk back in Daredevil season 1. What they did well for Mary Walker is just tease us with a backstory. They give us a hint of something in her history that just makes us yearn for more. What they didn’t do well enough was dive into Davos’ backstory and let us know his motivations. He needed to be more grounded. Then I could somewhat understand why he is doing the things he does, while not agreeing with them. 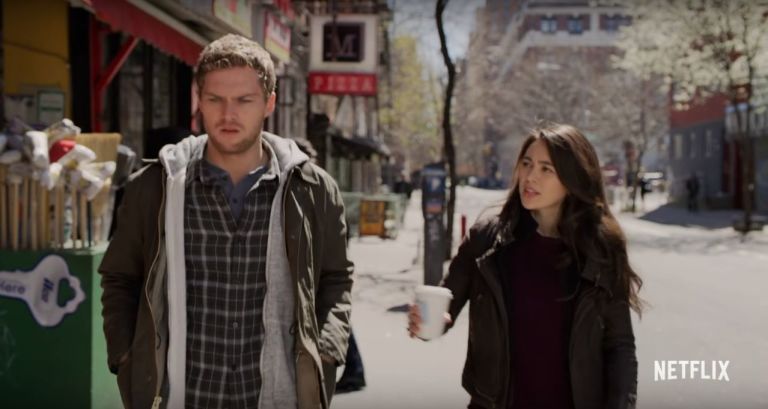 Iron Fist tries to reach back to the feels of Daredevil season 1, where we have a city plagued by crime. We get plenty of daytime scenes, where much of the dialogue about characters and light development take place. However, at night we get to see some of the heavier plot points for characters. Either they are setting up for later or there’s some progression with a big payoff in a future episode. Danny’s growth as the Iron Fist and responsibilities with his powers are a struggle as well as an empowerment. The double edged sword of his abilities make for some interesting writing.

What I wasn’t expecting, and what kind of made me glad to see, was the episodic nature of the show. I remember watching Kung Fu with my father almost forever ago, and this season of Iron Fist gave me that feel of Western mixed with Kung Fu, but in the modern setting. I was glad to see a show in the madness of modern programming making this happen. The last episode reveal cemented that for me in the biggest way.

Being one of the more mature Marvel shows, it didn’t do much for banking on that M rating. It didn’t go hard into sexual content or nudity, or even violence for that matter. In fact, they did do some cut-aways for The Verdict that seemed too brutal or gruesome.

Iron Fist season 2  has the benefit of trying to be better than its first season (a pretty low bar imho). However it does have the problems of trying to work with material from the first season. Plus it has to fit that in with their current narrative. It also has other Netflix Marvel shows to contend with, like Punisher and the first season of Daredevil. Both shows really made strides for the superhero genre for Netflix brand. They gave some stellar actors a chance to shine in some really iconic roles. The second season of Iron fist ventures into stories inspired by the source material. It also manages to tweak it and somewhat deviates from it to make for some interesting stories.

The final episode reveal went so far from the source material but hinted at some big comic story lines. It made me question whether to be concerned they didn’t stick more closely to the comic books or applaud them for making something unique with the comics as a starting point. Overall, it was an entertaining ride from start to finish. Standout performances from Alice Eve as Mary Walker and Tom Pelphrey as Ward Meachum made me hopeful for their futures in the series.