Along with this brand new trailer we got a new poster as well You can see that below: 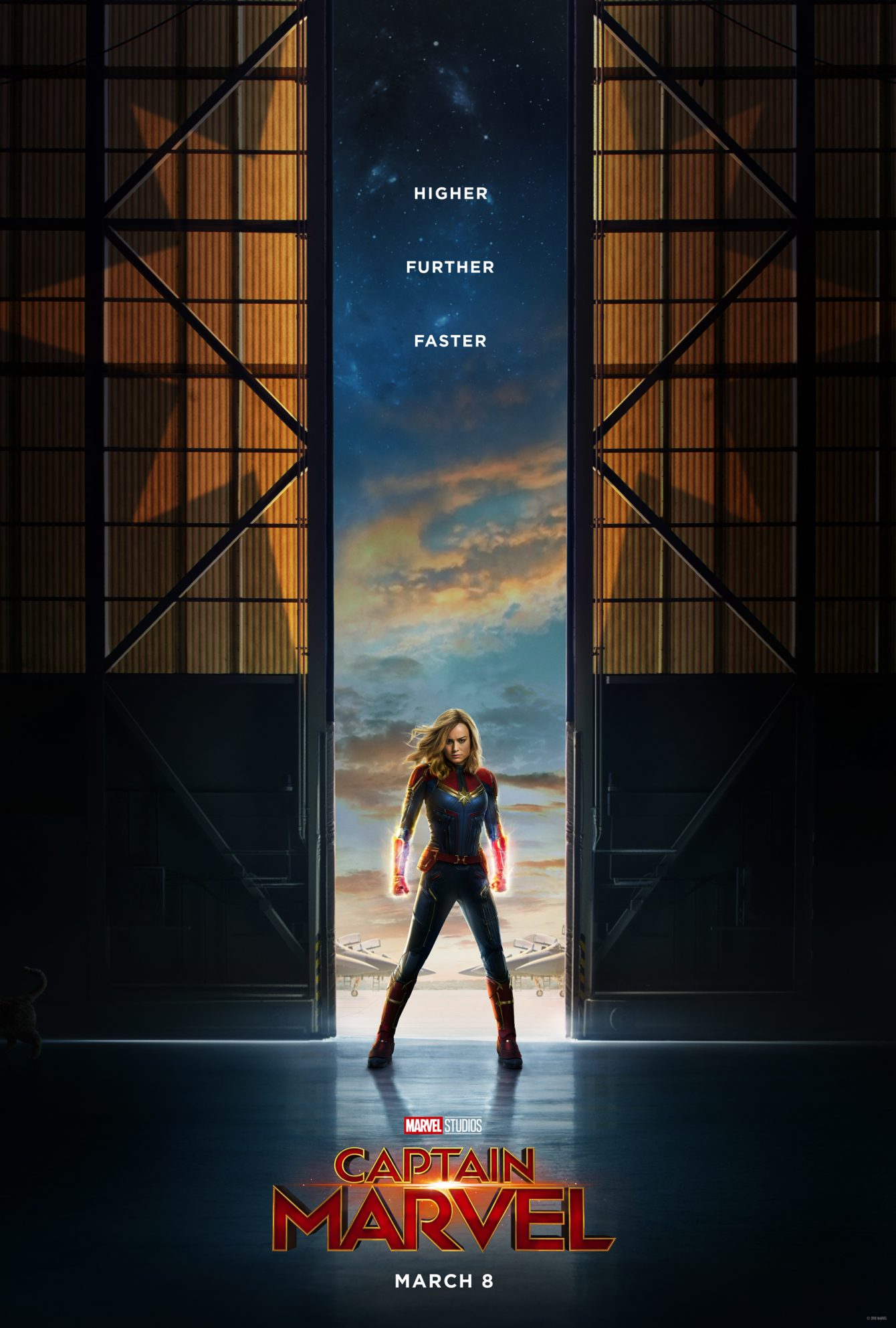 I’m going to be honest, I thought the trailer was a little underwhelming. There wasn’t anything to really draw me in. Why do I need to go see Captain Marvel? What is the war she is fighting that Nick Fury mentions. What is the threat? We barely get a glimpse of the Skrulls, who are supposed to be villains, but we don’t even know why they are on Earth. For someone who is completely unfamiliar with Captain Marvel and the Skrulls, they’ve got to be wondering why in the world is she punching a grandma? If I didn’t know anything about the Skrulls, I would think Captain Marvel had lost her mind!

There are some bright spots to the trailer. I like that they kept in the story line with her amnesia. They might have tweaked it a little bit, it’s good they included in it. That opening scene with Blockbuster was nice to see. It screams this is taking place in the ’90s. We do get to see the pager from the Avengers: Infinity War which is a nice little tie-in.

I also liked how they included a number of Captain Marvel looks. We get to see the mohawk version while she appears to be underwater. Also the inclusion that Carol Danvers aka Captain Marvel is a United States Air Force pilot like the comics is a very nice touch.

But maybe one of the biggest stand-outs is a younger Nick Fury with both of his eyes. Could we find out how the grizzled spy loses that eye? Also how about that Super Saiyan transformation in the end? Did Captain Marvel just hit Super Saiyan 3?

“Set in the 1990s, Marvel Studios’ “Captain Marvel” is an all-new adventure from a previously unseen period in the history of the Marvel Cinematic Universe that follows the journey of Carol Danvers as she becomes one of the universe’s most powerful heroes. While a galactic war between two alien races reaches Earth, Danvers finds herself and a small cadre of allies at the center of the maelstrom.”