If you read my review of the previous issue of Batman, you know how much I’m enjoying this series. I’ve said before that Tom King seems to have an ear for the Batman/Nightwing dialogue that others seem to lack, and in this issue he keeps it going as Batman and Nightwing are patrolling around Gotham and having mostly one-sided banter with each other. This time around though, there’s a sinister series of events that are going on while the dynamic duo are doing their thing. 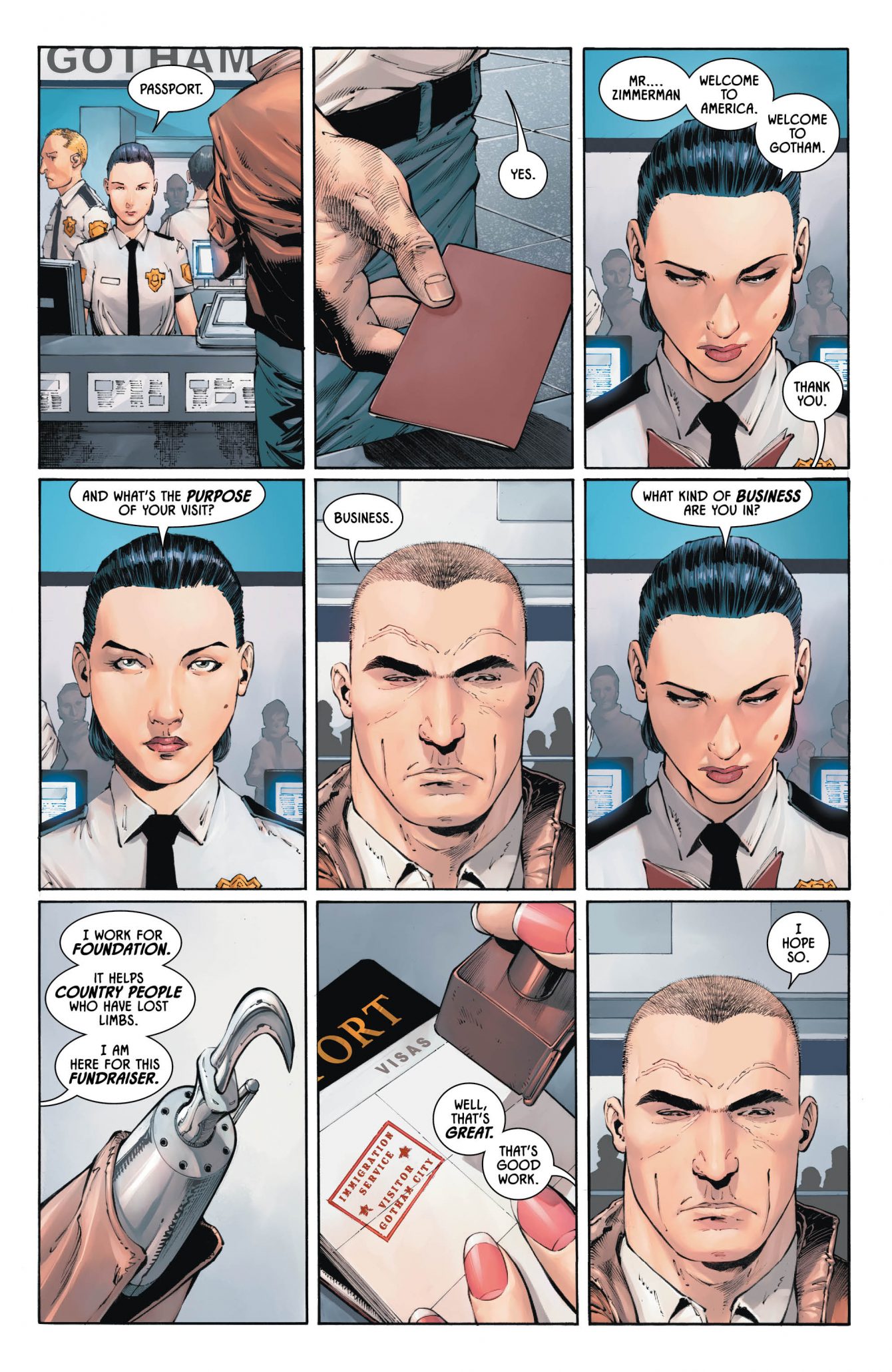 I’ve always liked the KGBeast. I remember reading his original story about a hundred years ago when “Ten Nights Of The Beast” was published in [easyazon_link identifier=”B0045E2LJU” locale=”US” tag=”boundingintocomics-20″]Batman #417[/easyazon_link] in 1988. One of the interesting bits about that story was in the end, Batman just left the Soviet assassin to rot in a sealed room beneath the city until it was revealed that Batman called the cops to come get him. After that, there hasn’t been much of the Beast, but that all changes in this issue, as the Beast is back and moving around Gotham with complete anonymity. 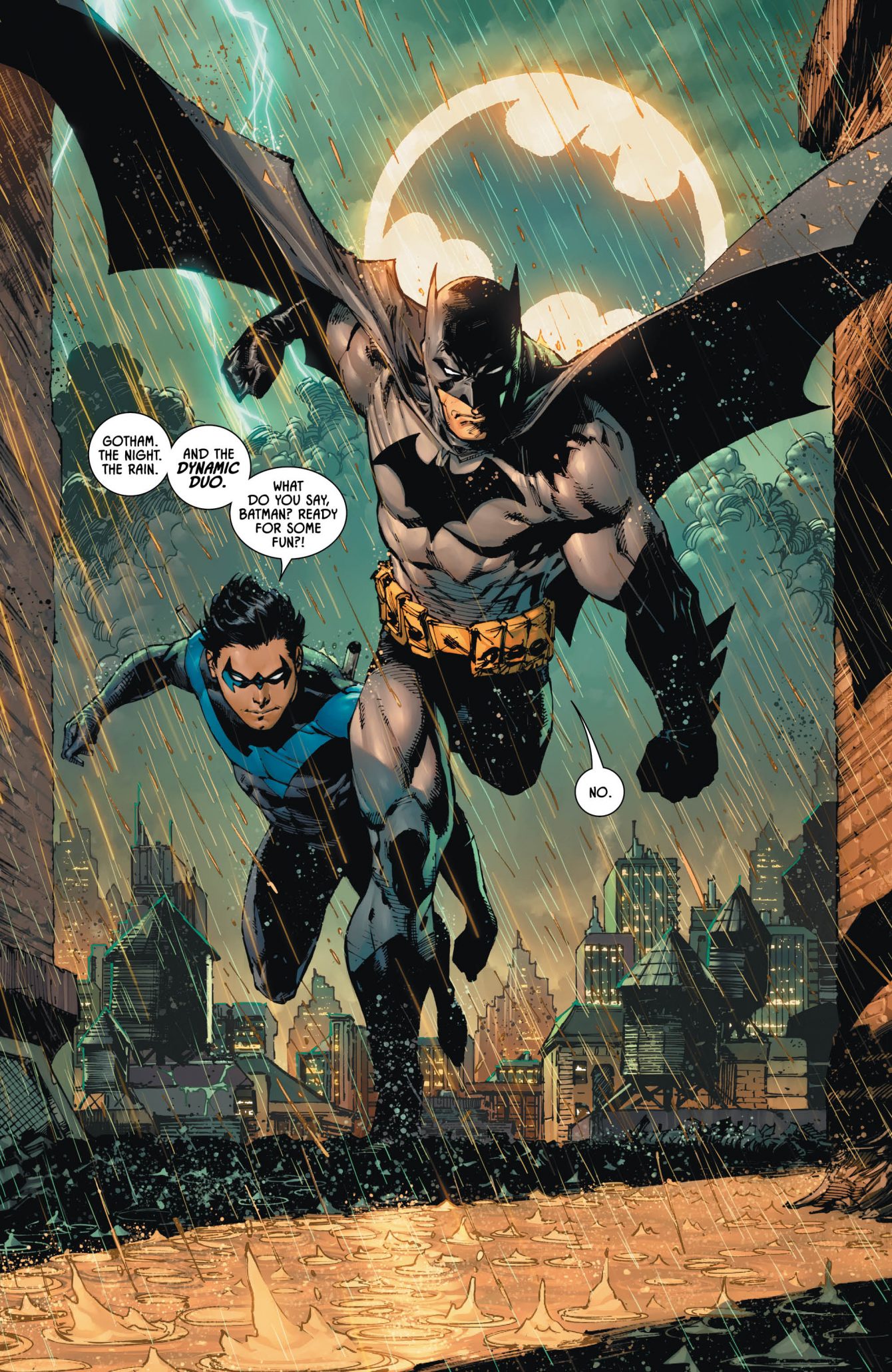 This issue serves as two stories in one, the first being a continuation of last issue’s story of the bond between Bruce and Dick. The two of them spend time reminiscing about the old days (Dick does most of the vocalizing, naturally) and despite his grim demeanor, you can tell that Batman is pleased to be working with his old partner again. The second aspect of the issue is a simple one, but one that has always invoked fear on a basic level: what you don’t know can hurt you. The Beast moves through Gotham completely unnoticed and sets up his plan, executing what I assume is phase one without any problems. Without spoiling anything I can only say I was completely taken aback, and can’t wait for the next issue. 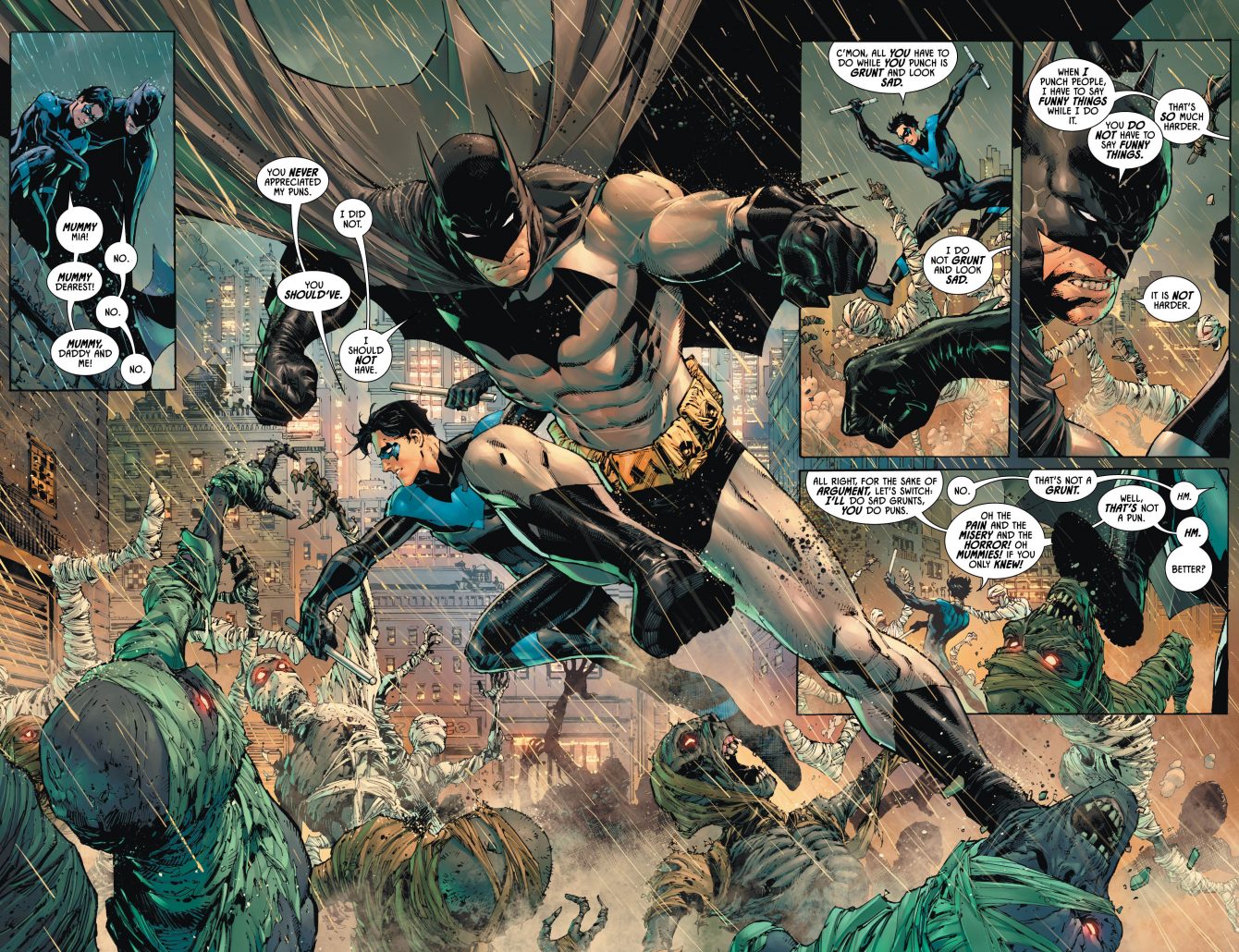 Tony S. Daniel does an incredible job on pencils this issue, particularly the full page spreads and half-page panels. Usually I’m not a fan of that sort of layout (and it’s used heavily in this issue) but it works really well for the story being told here. I came into the book almost expecting to be let down after last week’s beautiful Matt Wagner issue, but I can’t complain about anything Daniel does with the art. The book is solid on pencils and color, and the variant cover by Francesco Mattina is great as well.

This is yet again a solid issue of Batman. It’s fun and light with a twist at the end that you might see coming, but you might not. All through the lighthearted Batman/Nightwing bits you start to feel dread creep in as it’s clear that the KGBeast is not only up to something pretty bad, but nobody has any idea he’s even in the country until it’s far too late.
Comic Book Review: Batman #55
Pros
Cons
2018-09-19
9Overall Score
Reader Rating: (1 Vote)
9.0