Roberto “Sunspot” da Costa, created by the prodigious Chris Claremont back in 1982, is one of the founding members of Professor Xavier’s first young group of X-Men after the original five. Born in Rio de Janeiro to a wealthy businessman, and an archeologist from the U.S., Roberto grew to become an Olympic-level athlete even before he began his superhero career. Actually, it was during a soccer game, in the midst of a fist fight when his powers first emerged at the age of 14. Though he’s already been on both the large and small screens (X-Men: Evolution) before, the character will be reimagined as part of the upcoming Fox/Marvel horror-genre film, New Mutants. If you’re not all that familiar with Roberto, here are five fast facts to get you acquainted with the Brazilian X-Man.

Sunspot has gone through a handful of changes to his powers, as comic book characters do. Powered by solar energy, Roberto was originally able to channel that energy into super-strength and durability (however, not as tough as a character like Rogue or Warpath). In his fully-charged level, he can enter his trademark appearance where he looks to be completely devoid of color. 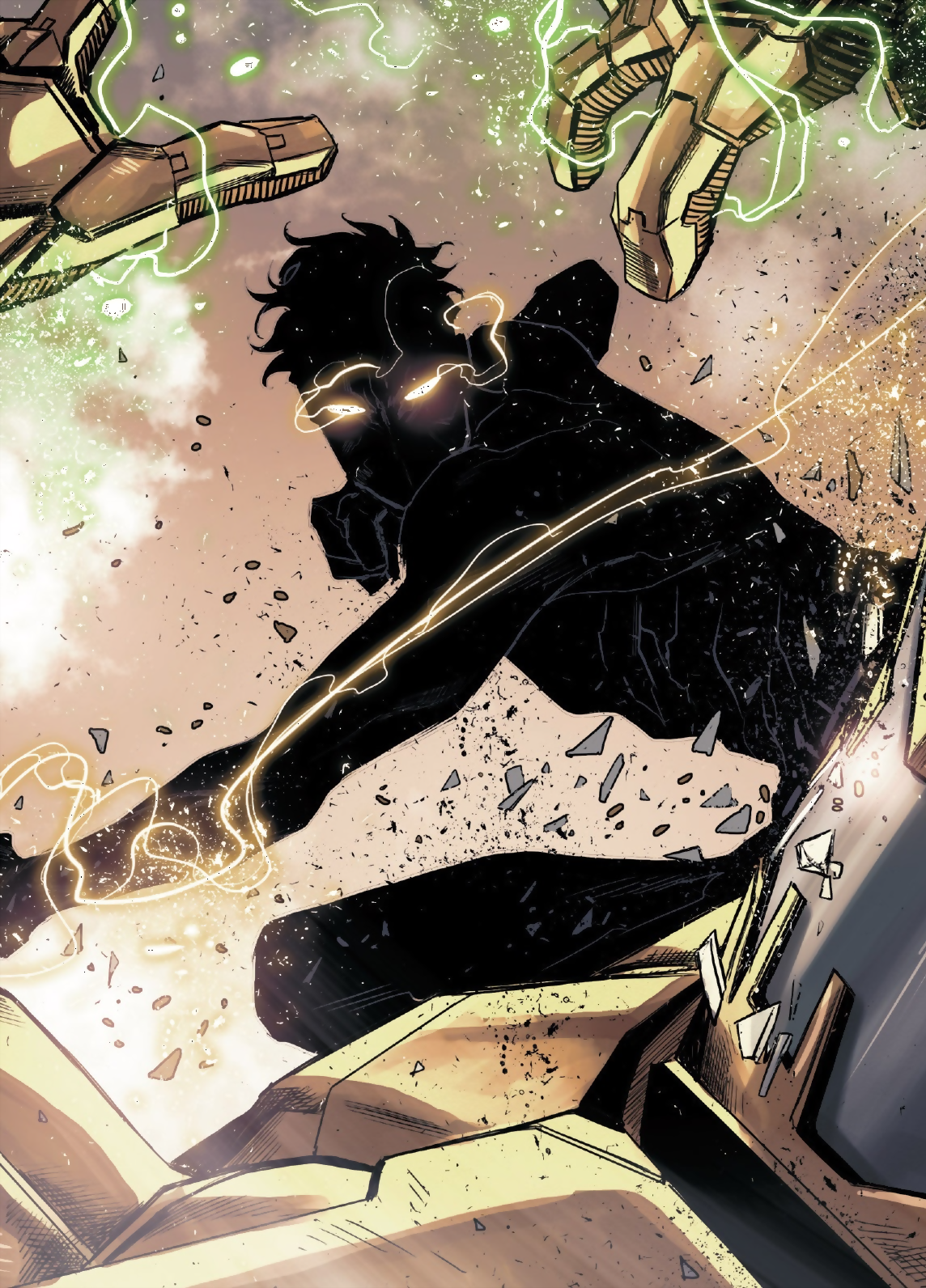 While he functions best in daylight, he can also use star and moonlight to power his abilities, admittedly to a lesser degree. The type of solar energy he absorbs affects the level of ability he has access to. After being subjected to experiments at the hands of Gideon, Sunspot’s powers evolved and allowed him to absorb and emit heat and light energy (gifting him protection against fire and high temperatures). Additionally, he can project concussion blasts of solar energy, and simulate flight. In recent years Roberto was exposed to the Inhuman Terrigen Mist cloud which damaged his powers and overall health.

2. His Cinematic Debut Occurred in X-Men: Days of Future Past 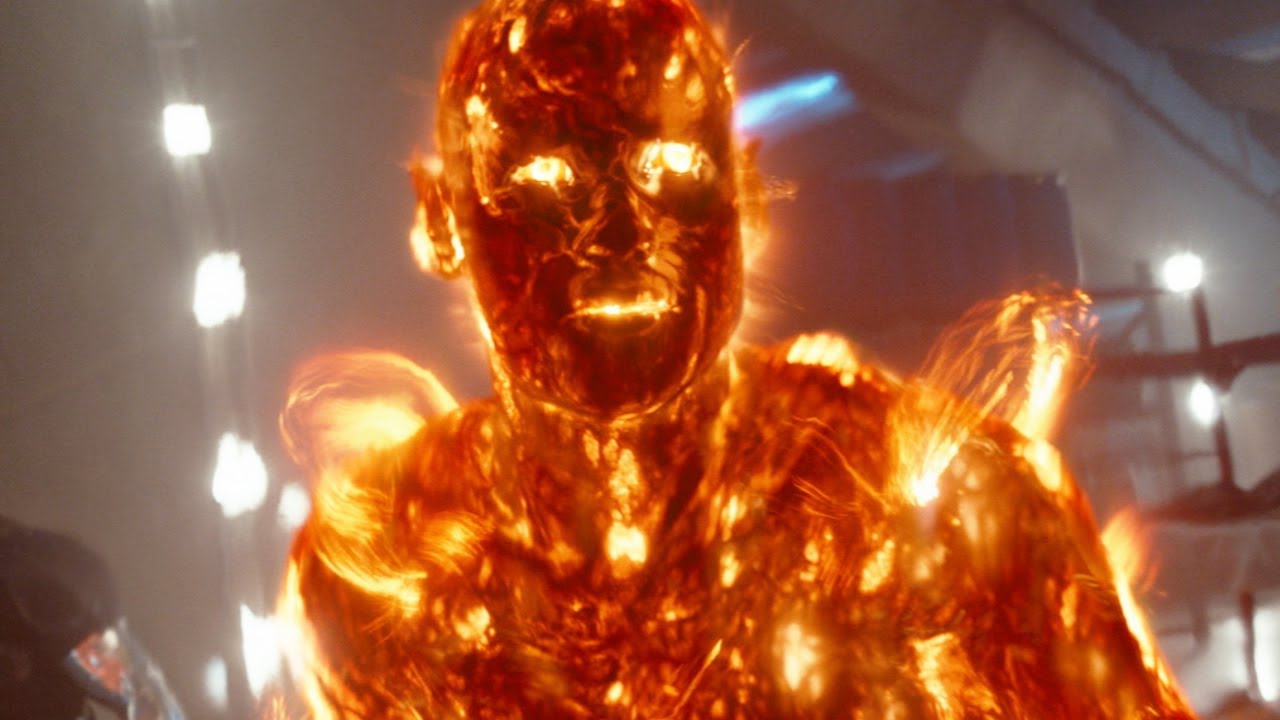 Actor Adan Canto as Sunspot in X-Men: Days of Future Past

Although some casual fans of the X-Men movie franchise may have thought it was the Human Torch flying around in [easyazon_link identifier=”B00KIGRRRU” locale=”US” tag=”boundingintocomics-20″]X-Men: Days of Future Past[/easyazon_link], it was actually Sunspot. Portrayed by actor Adan Canto, Sunspot’s burning appearance and flaming powers were more akin to the aforementioned member of the Fantastic Four or perhaps fellow X-Man, Sunfire. Sadly, a super-brief cut from the upcoming New Mutants trailer doesn’t suggest we’ll be getting a more comic-accurate interpretation anytime soon.

3. One of the Richest X-Men Characters

Similar to many, many X-Men characters that hail from money (Xavier, Gambit, Angel, Hellion, Emma, Karma, Psylocke, etc.), Sunspot is very well-off. His father was a Brazilian self-made billionaire industrialist. He passed both his spirit of entrepreneurship and the reins to the family fortune onto his son. Currently, Sunspot is the CEO of several companies including the once villainous organization, A.I.M. 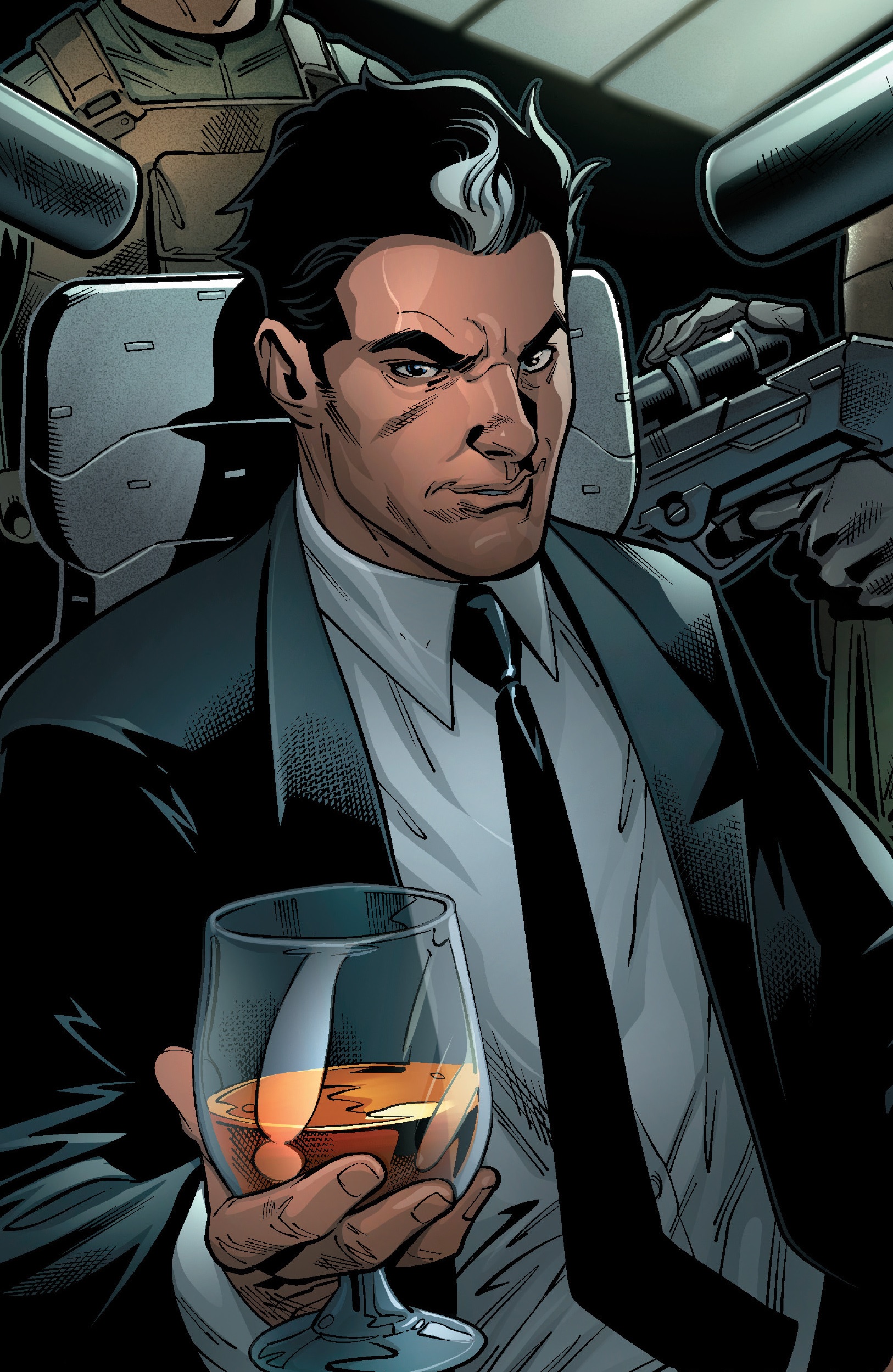 4. Sunspot is an Avenger

Sunspot, with his longtime teammate, Cannonball, was recruited by the Avengers going into the MARVEL NOW! era, where we saw membership within the team increase dramatically. Following the events of Jonathan Hickman’s space opera, [easyazon_link identifier=”0785184236″ locale=”US” tag=”boundingintocomics-20″]Infinity[/easyazon_link], Sunspot renamed Advanced Idea Mechanics (A.I.M.) to Avengers Idea Mechanics and recruited heroes Cannonball, Red Hulk, Songbird, White Tiger, Hulkling and Wiccan among others. If the Disney acquisition of 21st Century Fox goes through, will we eventually see him alongside the likes of Captain America and Iron Man on the silver screen? 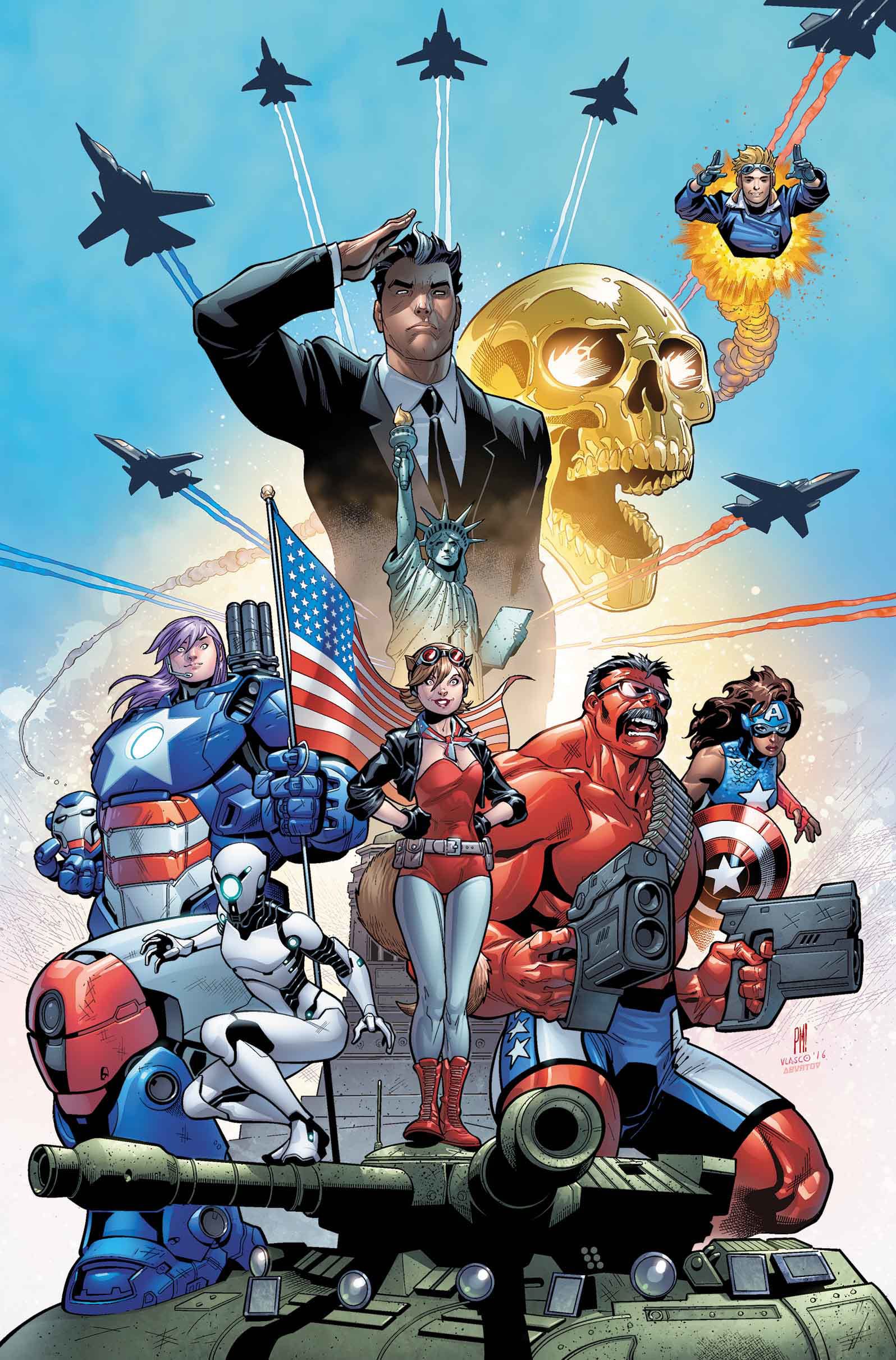 From childhood, Sunspot’s father pushed him to achieve. This upbringing may have turned Sunspot into a natural leader, although his care-free fun-loving demeanor would generally say otherwise. Other than being a CEO of several companies and eventually leading an Avengers team, Sunspot has been in or seized leadership on more than one occasion. X-Corporation was an organization founded by Professor-X to combat violence and assist mutants across the world. Sunspot was put in charge of the Los Angeles branch leading New Mutant Alumni; Magma, Empath and Skids. 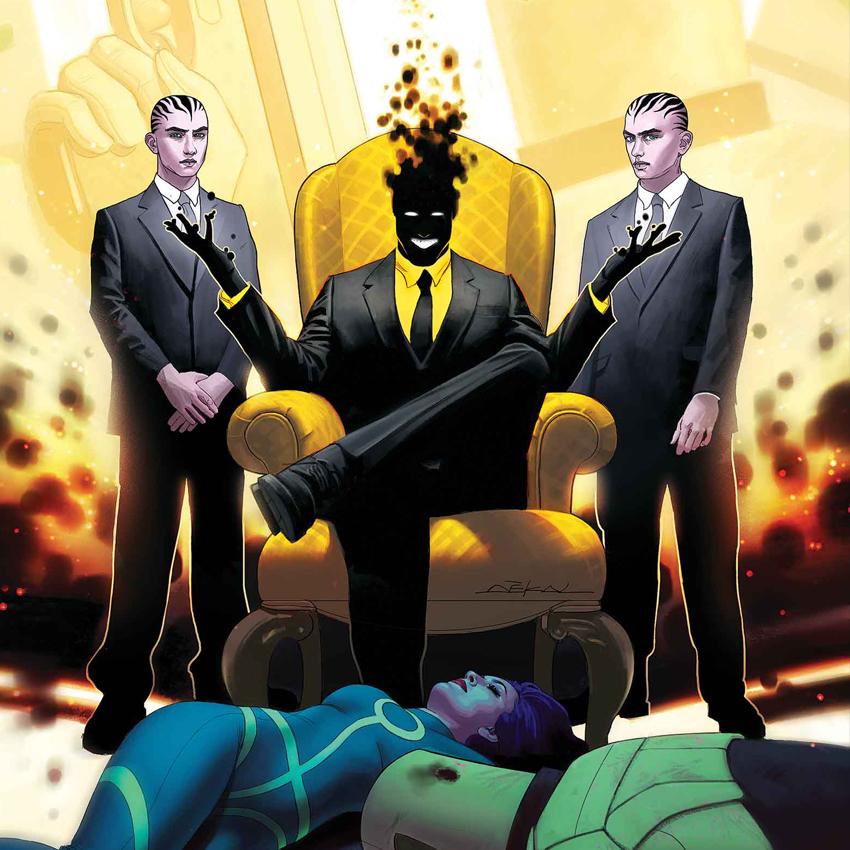 Prior to his death, Sunspot’s father was a member of the Hellfire Club’s Inner Circle, as a Black Rook. The position was passed down to Sunspot at the behest of External-supervillain, Selene. Not long after, Sebastian Shaw promoted him to Black King. When Shaw was forced to step down due to injury, Sunspot ascended to Lord Imperial of the organization. 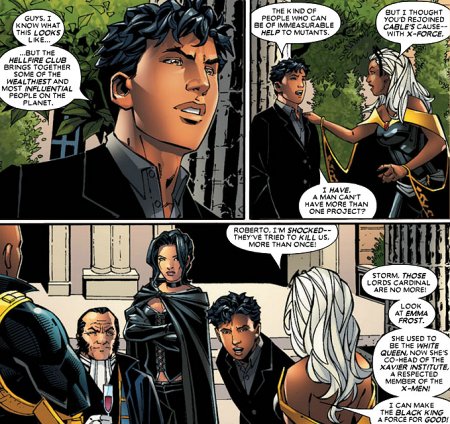 There you have it five facts about Sunspot before he’s reintroduced in the New Mutants movie. Despite his age, Roberto is among the most experienced and multi-faceted characters in the X-Men mythos. Which fact do you find the most intriguing? Let us know!