Timmy Lala’s Ice Scream is a one-shot horror comic from the writer/artist team of Bradley Golden and Andrey Lunatik. It was brought to life via Kickstarter, raising almost $3,000 during its campaign. Now, I typically have a soft spot in my heart for Kickstarter, Indiegogo, and other crowd supported format comics because I like to see small, independent and owner created stories see the light of day when they otherwise wouldn’t. However, the Kickstarter origins of Timmy Lala’s Ice Scream notwithstanding, this book failed to elicit any good will in my eyes as I found almost nothing to like about the finished product. Sad, but true.

The story (and I use the word loosely) revolves around a creepy ice cream man who peddles his delicious wares to the neighborhood children and their parents. It’s obvious that there is something off and a little creepy about this fellow and the first few pages set up what could be an interesting short story, but unfortunately, the narrative goes absolutely nowhere and we are left with a short, hollow experience that would have been better suited as the intro for a full run as opposed to a self contained story. 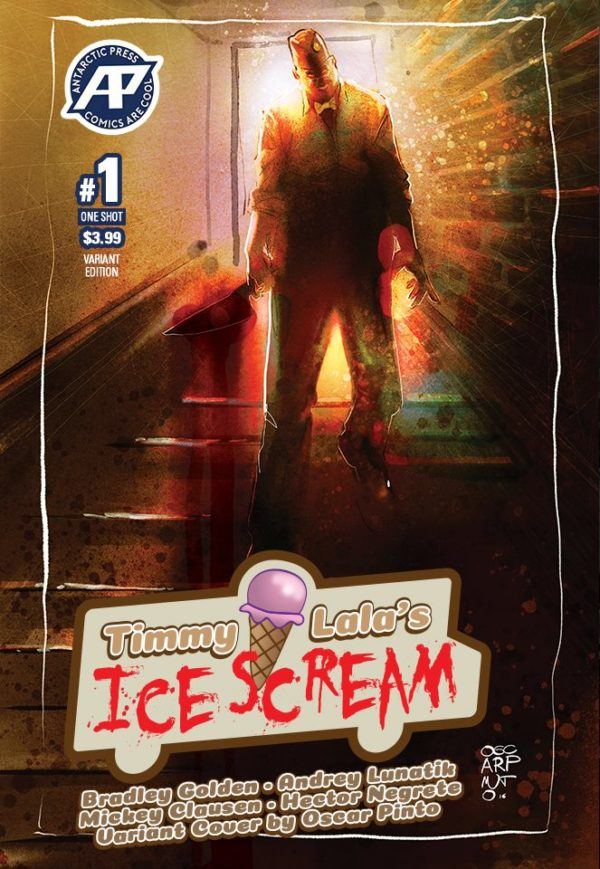 The problems with Timmy Lala’s Ice Scream are many, but the earliest sign of trouble that I picked up on is that the entire premise is revealed in only the first page or two. After reading just a couple lines of dialogue, I knew immediately what was happening and that is thanks in large part to the fact that this kind of premise has been done to death in scary stories over the past several decades. A familiar premise is not always a problem in comics, as stellar comics are released every day that entertain the reader, all the while treading familiar ground. The problem with THIS story, however, is that it ensconces itself in tired tropes, but it does absolutely NOTHING with them.

Therein lies the biggest issue I have with this comic: there’s just no story here. This one-shot is incredibly mean-spirited with plenty of violence, but none of it means anything. Some of my favorite comics, TV shows, and movies contain violence, but it typically serves a purpose. The malevolence and violence present in Timmy Lala’s Ice Scream exists, seemingly, only to be there. The entirety of the comic revolves around a terrible man doing terrible things for no reason that is ever made apparent to the reader, besides the fact that he enjoys it. He is a villain with absolutely no context and thus, comes off as more of an archetype rather than a real character. His victims are also just as hollow. We have no idea why they are in the position they are in, what their relationship is to the villain, besides a surface level knowledge and as a result, it is very hard to feel any empathy for them. The entire read is a depressingly hollow experience that I would liken to a Rob Zombie film which exists to show terrible people doing terrible things for no perceptible reason. 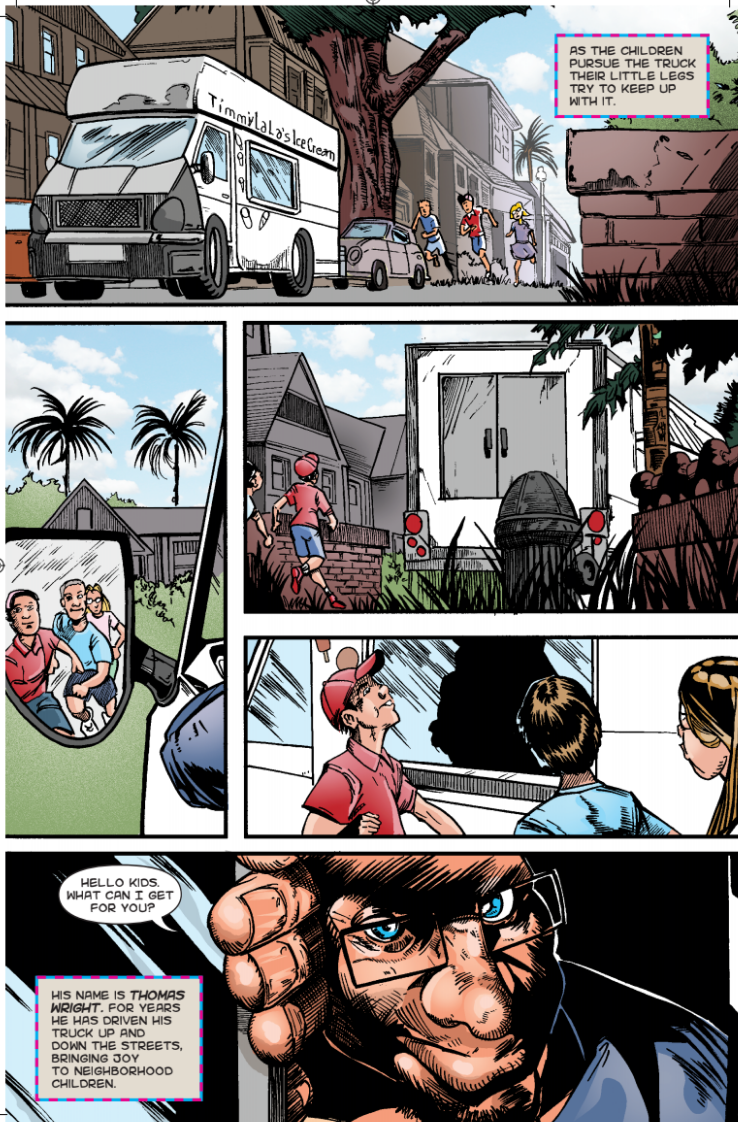 The art style is marginally interesting at least, but I almost find myself wishing the book would have been in black and white as opposed to full color. On the Kickstarter page you can see some examples of the pages before color was added and the black and white, sketchbook style of the art actually accentuates the grindhouse aesthetic that the story seemed to be going for. The coloring job isn’t bad by any means, just unnecessary if you ask me.

Timmy Lala’s Ice Scream is, at best, a missed opportunity. Coming out of the gate with age old horror tropes is all fine and dandy, but this story goes absolutely nowhere with any of its potential. There is no narrative here, no context, subtext, or any depth to the characters whatsoever. The villain is appropriately despicable, but it never matters because the reader never has a chance to care what he does or why. Violence is fine in any medium when it elevates the story but when there’s no story for it to elevate, the end product just feels mean and filthy for the sake of being so.