Back in the late 80s and early 90s, if Alan Moore or Neil Gaiman wrote something, I bought it no matter what. Most people did, and then around 1996, it felt like we didn’t have go to writers that were sold on name alone. I missed them, but then we got Brian Michael Bendis and Geoff Johns around2004, and they kept things going and were later joined by Scott Snyder. It’s been nice to have what I like to think of a club of solid authors working in comics. The club’s latest addition is unquestionably Donny Cates, who made a name for himself with God Country and then followed that up with Redneck. 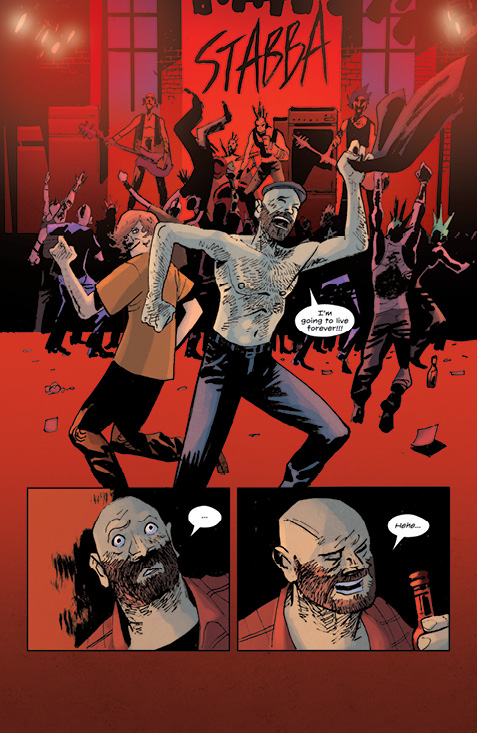 [easyazon_link identifier=”1534303316″ locale=”US” tag=”boundingintocomics-20″]Redneck[/easyazon_link] is about modern-day vampires. Their origins aren’t fleshed out yet, but they’re here, they’re living in Texas, and they seem to have integrated into modern society pretty well. The previous story arc had things go poorly for the family (the Bowmans) and they went on the run to seek sanctuary with another group of vampires in Austin. I have trust issues with the Austin, clan but that’s just a hunch on my end.

This issue does a lot of catching up between the Bowmans and their new hosts. It almost feels like the Austin group is hosting a foreign exchange family, and they spend a fair amount of time talking and asking each other questions about the different ways they’ve lived among humans. Although not much happened in this issue, it felt pretty good to take a little bit of a rest. Previous issues have had people getting shot in the chest with shotguns and tank-jackings, so an issue off was a nice respite. The ending went for a sort of cliffhanger, but it didn’t really do much for me. This is a series that literally had me say “oh no,” out loud during a reading so I can’t complain. 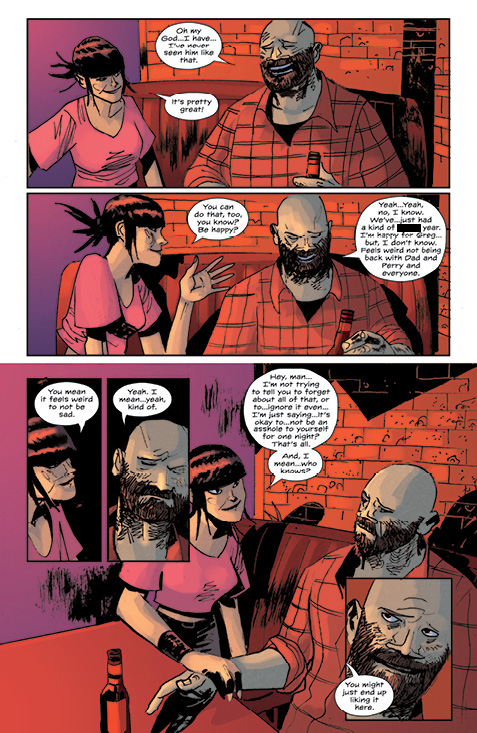 Art-wise, the issue wasn’t stellar. Redneck’s art has always been its own and fits the book nicely, but this go around there were several times where it caught my eye and felt rushed. I’ve always said that a good story can always save sub-par art, and I’m loathe to call the art “sub-par” but it wasn’t brilliant either.

Look, I’m going to say something right now that might raise a few eyebrows but here goes. There have been five vampire works of fiction that were good. They are: Dracula, I Am Legend, Salem’s Lot, Interview with The Vampire (the first one, they go downhill fast) and Let the Right One In. I welcome any recommendations in the comments, but I’m sticking to my guns here. That said, [easyazon_link identifier=”1534303316″ locale=”US” tag=”boundingintocomics-20″]Redneck[/easyazon_link] is such an addictive read that I truly believe it’s the most original vampire comic ever written, and the best vampire literature since 2009 (when Let the Right One In came out). This might be an exposition heavy issue but read as a trade I’m sure it’ll fit in just fine, and you’re doing yourself a disservice if you aren’t at least reading this story in trade.