Total War game developer Creative Assembly has gone completely nuclear. After facing mounting player criticism when one of their community editors told fans not to buy any further additions to Total War: Rome II, the Creative Assembly Twitter page decided to like a Tweet that labeled their customers and gamers as Nazis.

You can see that Creative Assembly liked the below Tweet.

Kudos and thanks to @CAGames for the perfect response ? Hope other studios learn that customer bigotry must not be served. Don’t take Nazi money. If your biz model relies on it, change your biz ?

In case, Creative Assembly decides to unlike the Tweet.(Archive link: https://archive.is/DsQgc) You can see a screenshot here: 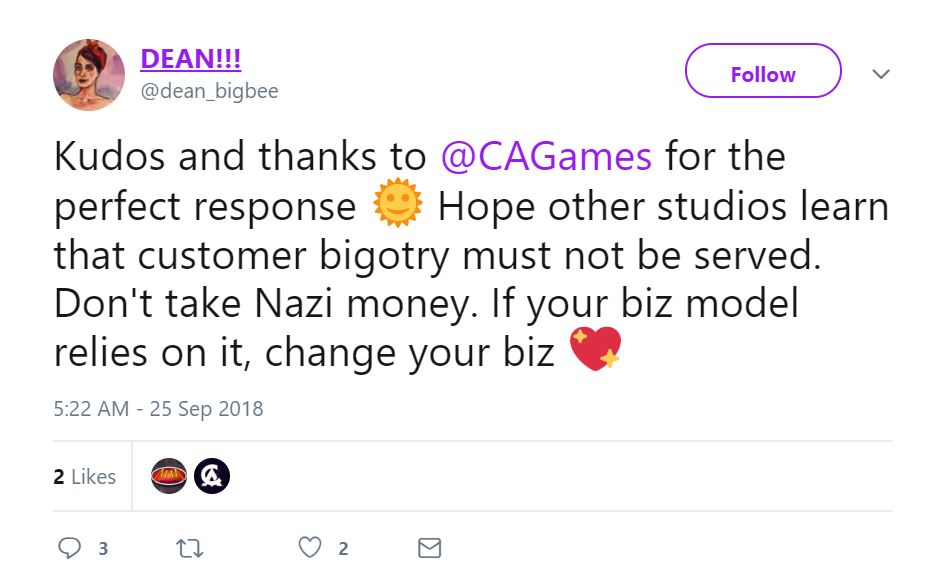 Not only did they like a Tweet that refers to their own customers as Nazis, but they also liked one that refered to them as “gamer babies.”

Stand with @CAGames on this. Stand against gamer babies. https://t.co/t7qPWJaG5E

Here’s a screenshot of the above Tweet where you can see Creative Assembly liking it. (Archive link: http://archive.is/uDSJR) 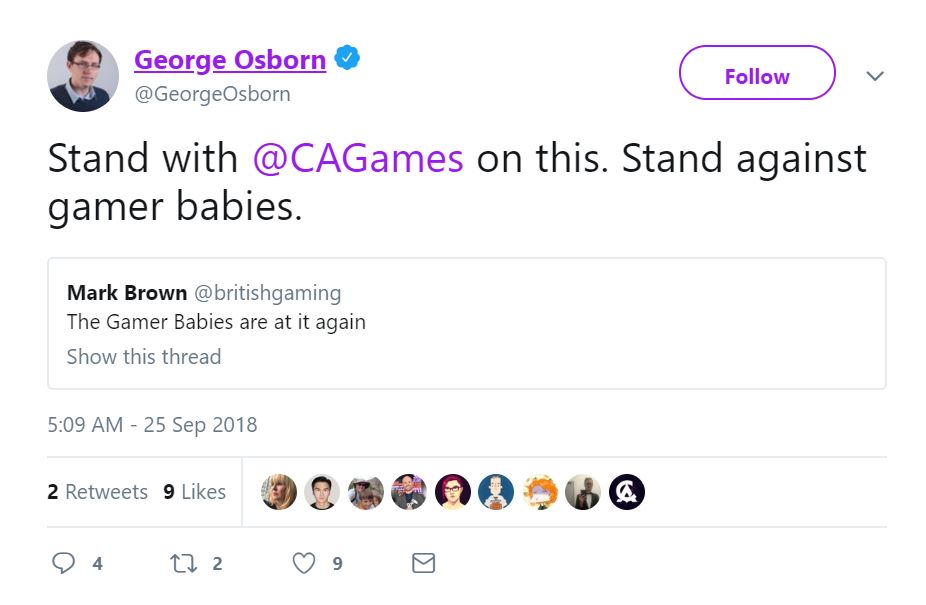 This is absolutely sickening behavior from a major game developer. They are insulting their very own customers and likening them to Nazis and Gamer Babies.

Not only is it sickening, but it’s a horrible business practice. In fact, we’ve seen not only video game companies do this, but also major Hollywood studios and the results have been awful.

EA/DICE is the most recent video game company to have their employees insult their potential customers. After describing their customers as “uneducated” and telling them not to buy their games, a report came out showing Battlefield V was not doing well at all when it came to pre-sale orders. Since that report EA/DICE has been trying to win back favor with their customers by stating they would favor more authenticity. They also parted ways with their Chief Creative Officer who had insulted their customers.

The Last Jedi would bring in $1.3 billion worldwide. However, after Star Wars and Lucasfilm employees decided to insult fans, the next Star Wars film, Solo: A Star Wars Story would only bring in $392 million. That’s nearly a $1 billion difference.

Creative Assembly just made a huge mistake. They showed how they really feel about their paying customers and gamers.