Zoe Saldana, who plays Gamora in the Marvel Cinematic Universe, seems to have teased her return for Avengers 4 in both an Instagram video as well as a photo.

In the photo Saldana posts a picture of herself getting into costume as artists use air brushes to paint her skin green. While Saldana indicates this is a flashback photo she also accompanies it with a song lyric from Neil Young’s [easyazon_link identifier=”B002A715KK” locale=”US” tag=”boundingintocomics-20″]Harvest Moon[/easyazon_link], “Because I’m still in love with you…”

“Because I’m still in love with you…” #neilyoung #flashback

While it’s possible this is just a flashback photo and Saldana is being reminiscent of her time as Gamora, it’s more than likely part of the Avengers 4 marketing campaign to keep people hyped for the upcoming film. However, it’s possible she would actually be filming Guardians of the Galaxy Vol. 3 right now and is missing be on the set. Guardians of the Galaxy Vol. 3 is rumored to be on an indefinite hold after Disney fired James Gunn after a number of Tweets involving pedophilia were uncovered.

Looking through Saldana’s Instagram timeline it doesn’t appear she’s posted anything Gamora related since May 19. It leads me to believe this is definitely part of the Avengers 4 marketing campaign.

Gamora played a pivotal in Avengers: Infinity War. She was the key to unlocking the Soul Stone. Thanos had to sacrifice her by tossing her off a cliff ultimately killing her. With the sacrifice, the Soul Stone was revealed and Thanos could continue his quest to obtain the rest of the Infinity Stones and bring balance to the galaxy by wiping out half of all life.

While on screen, it definitely appeared that Gamora had been killed at that moment, as soon as Thanos unlocked the true power of the Infinity Gauntlet, he has a vision of a young Gamora who asks him, “Did you do it?” and “What did it cost?”

This scene has lead many to believe that Gamora might actually still be in live in some form. The most popular theory is that her soul might actually be trapped in the Soul Stone. This theory is based off the idea that the Soul Stone holds a pocket universe within it called Soulworld. It’s an idea from the comics that could be adapted to the big screen. 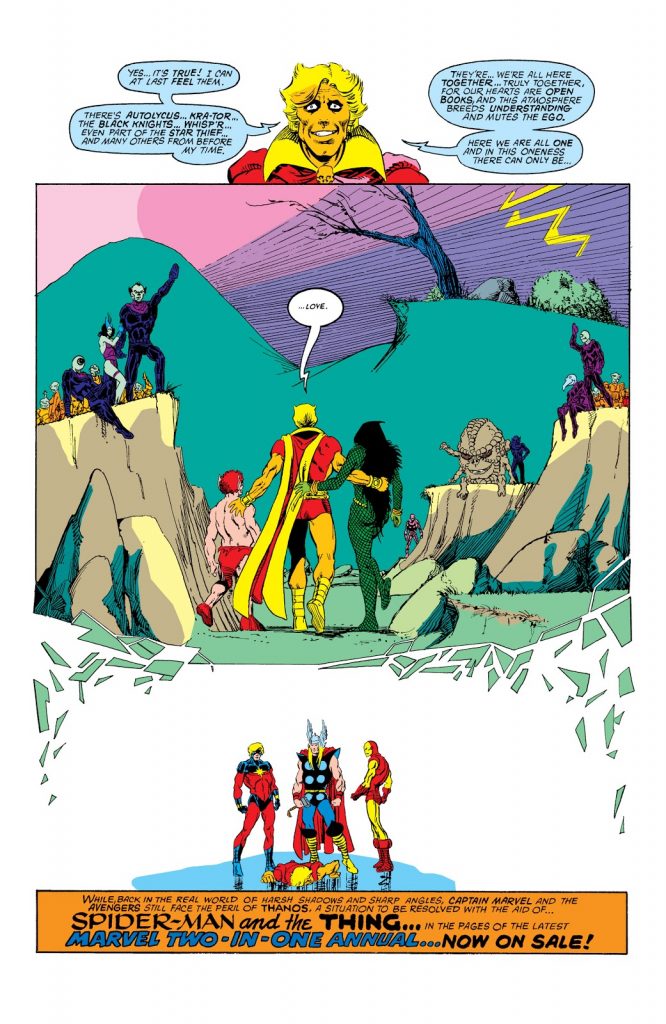 Do you think Zoe Saldana is teasing the return of Gamora? Or is she simply being reminiscent of what looks to be a lost opportunity in Guardians of the Galaxy Vol. 3? My money is this is a tease of Gamora’s return. But how she will return, we’ll have to find out if and when it happens in Avengers 4.