[easyazon_link identifier=”B07FM9CBJS” locale=”US” tag=”boundingintocomics-20″]Border Town #1[/easyazon_link] has a few good points, but not enough to outweigh the bad. Let’s start with the good. The art by Ramon Villalobos is great. He has a Frank Quitely feel to his drawing style that is outstandingly matched to a story heavy on drawing everything from chupacabras to Mictlantecuhtli and all the ancient Aztec creatures in between. Even though chupacabras are a modern invention, Eric Esquivel uses them well and you get the idea that they may be showing up simply because the Aztec mythology is intruding on the modern world. 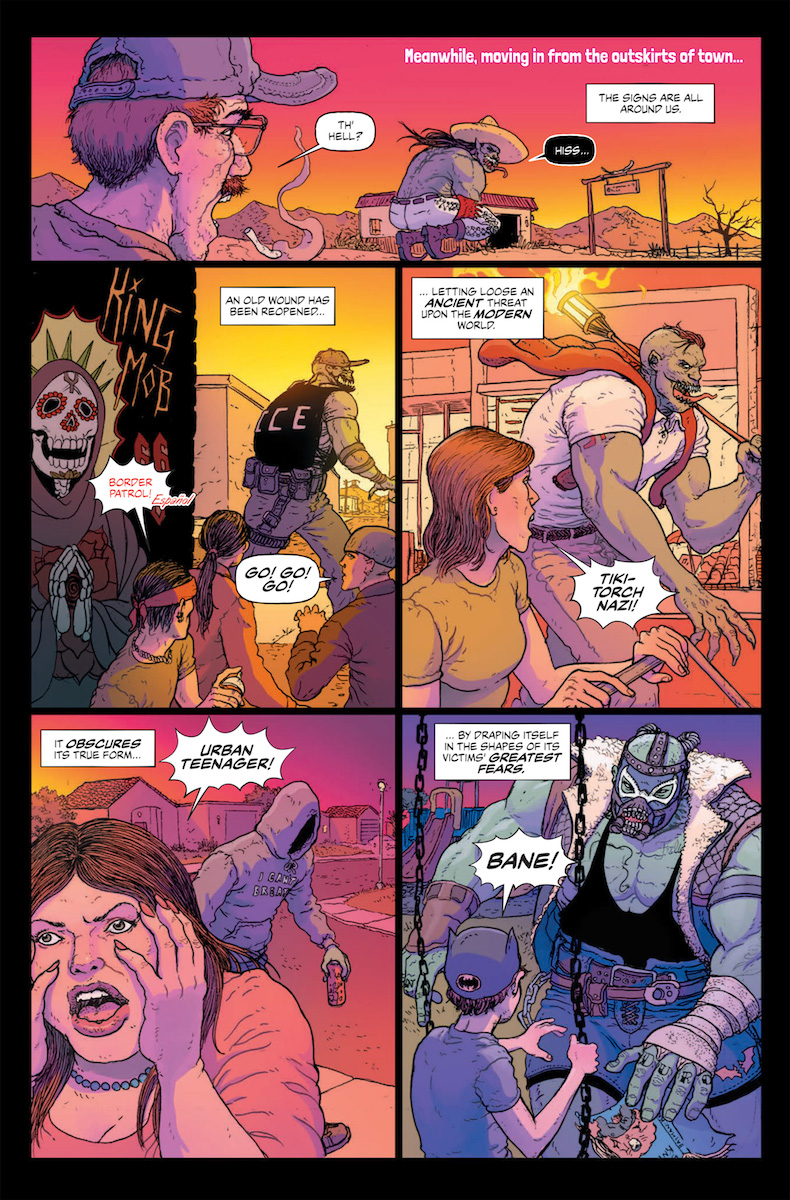 And That’s Where the Fun Stops!

Eric Esquivel has written a story that comes from a place of deep, dark hatred. He wears his personal politics on his sleeve to the point of setting up every character in this story as universally, cartoonishly as despicable as possible. (There is one exception which I’ll get to in a moment.)

Esquivel could have created characters that positively impacted people of every race represented in his story. Instead, Esquivel wheels out every over the top stereotype he can. He’s populated his world with aggressively annoying characters that no one under any circumstances would want to emulate, let alone relate to. The one exception to this is the mentally challenged giant Quinteh, who is the only one who actually acts like a hero.

The Land of Wasted Opportunity

Don’t get me wrong. Border Town #1 has some good things about it. The art is an obvious selling point. There’s an excellent bit where one of the chupacabras makes a great escape by jumping out of the metaphorical frying pan and landing firmly in the fire pit. There’s another bit where a smarmy little neo-Nazi gets a good old fashioned curb stomping, and that never gets old. But it doesn’t make any of the characters at all relatable and they should have been. Anyone who picks up this book should easily be able to instantly identify with at least one of the main characters. At the very least they should be able to root for them. 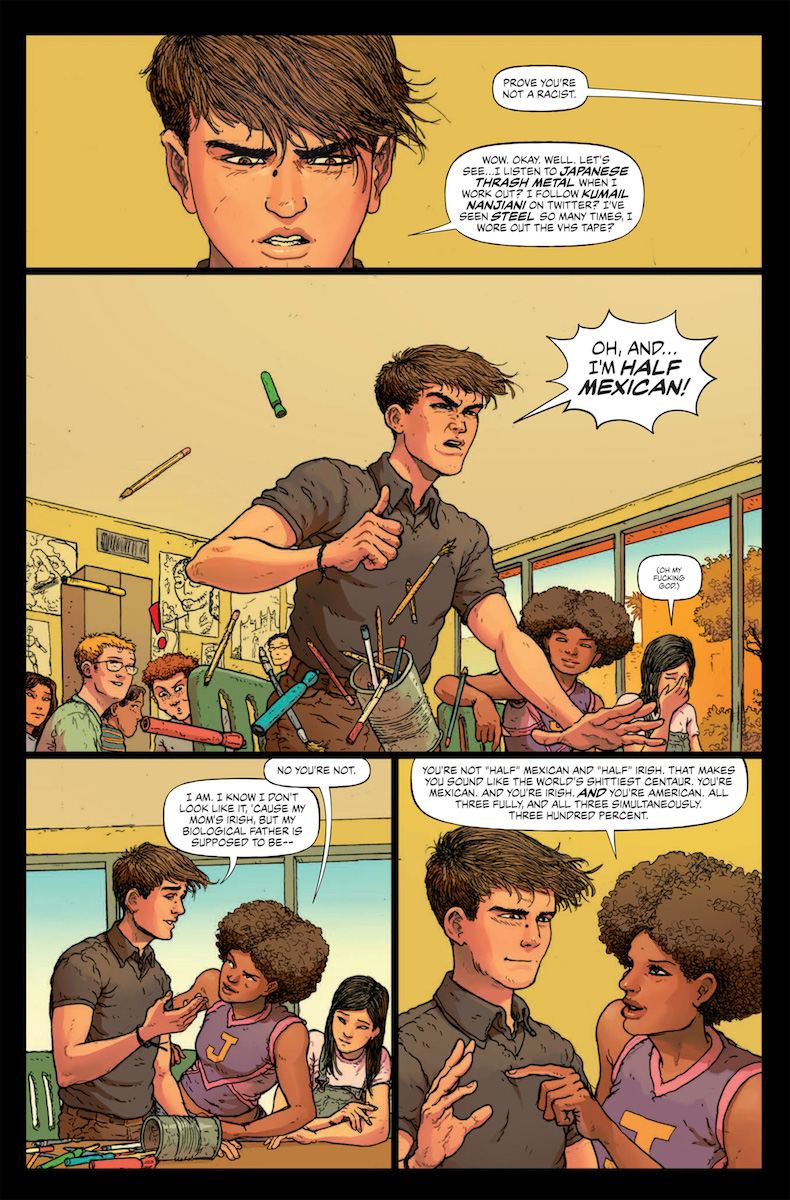 In an interview with Newsweek, Eric Esquivel said while speaking about Border Town, “It’s guaranteed to bum out your racist uncle, which I think is a big selling point for our angsty teenage audience.” I’m pretty sure your racist uncle doesn’t give a f*** about comics and if he did read this he’d just get pissed off at you for making him attempt reading. Even though the book does have pictures. The angsty teenagers will maybe like the violence and hatred in this comic but if you want to destroy the idea that there are borders, I’m not sure throwing up a bunch of borders will facilitate that.

Save your money. This book is just awful. The characters are despicable, cartoon depictions of humans that speak and act like no human ever would. It’s in your face political without backing its posturing with a good story. To illustrate my point here, [easyazon_link identifier=”B0064W65UM” locale=”US” tag=”boundingintocomics-20″]V For Vendetta[/easyazon_link] is in your face political but it backs up its brashness with an amazing story populated with characters you can identify with and root for. [easyazon_link identifier=”B07FM9CBJS” locale=”US” tag=”boundingintocomics-20″]Border Town[/easyazon_link] is wrapped up in a pretty package, but ultimately it’s empty and divisive. It succeeds in putting up borders, not tearing them down.