Mighty Mite is a character who used to appear in comics back before you and I were around and at some point found himself falling in to the deep pit known as Public Domain! However, writer D.C. Johnson has come to the rescue and reinvented the minute hero for his own title. So, one issue in with Mighty Mite #1 and the question is: is the revitalization worth it? To put it simply; yes. yes it is.

Mighty Mite is a little hero with a big heart and while he has all the best of intentions, he’s just not as great a hero as he would like to believe. If heart translated to physical powers, Mighty Mite would be the greatest of the great; as it is though, he is struggling to stop the villains plaguing the city and is even shown up by a little old lady and her cane. Not a great moment for an aspiring super hero. 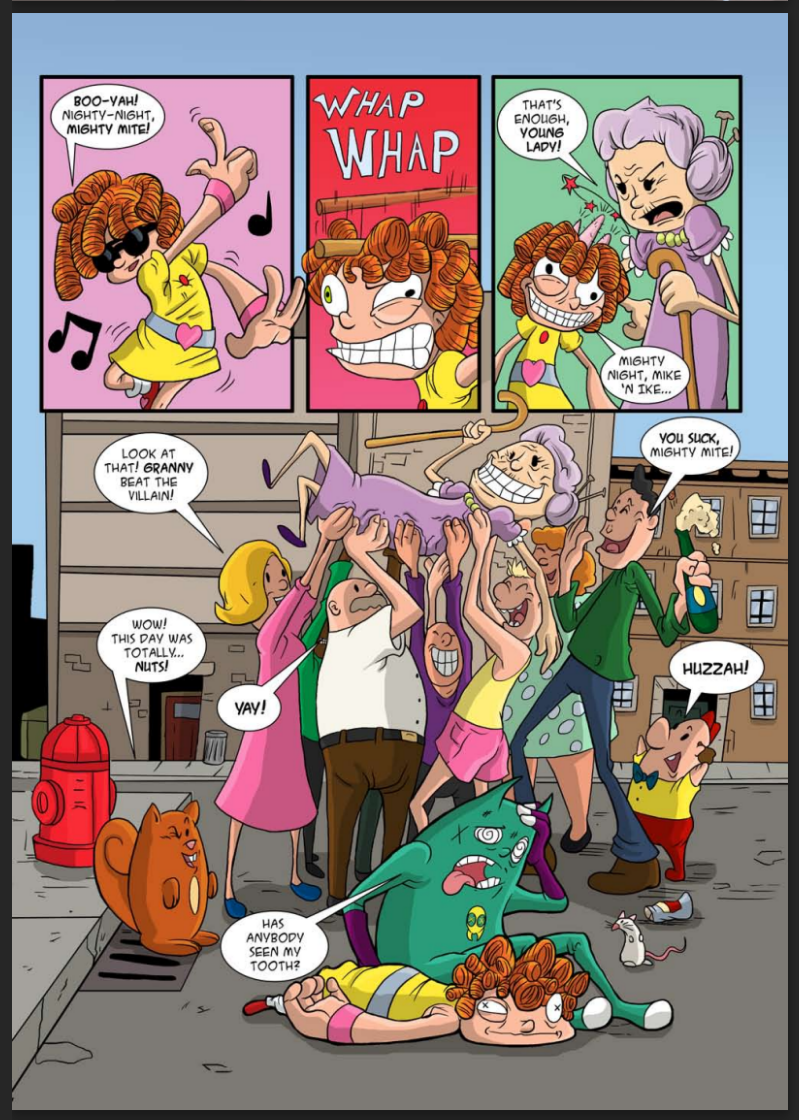 The bulk of the first issue is Mighty Mite realizing that he simply isn’t cutting the mustard and we get to see him ponder his future, contemplate some options, and interact with the wide variety of side characters. While it may not seem like the most exciting of premises, writer D.C. Johnson infuses the entire issue with such a fantastic sense of humor and copious amounts of charm, I think that watching Mighty Mite cook breakfast would have been entertaining, as long as this creative team is behind it!

While we’re on the subject, I have to commend this book for it’s absolute hilarity. It’s rare that I laugh out loud while reading a comic and I did several times during my time with Mighty Mite. The writing is razor sharp and the jokes come fast and furious with most of them hitting home. Some of the humor veered a little too far into the whole random/internet style of gags, but never so far that I found myself groaning. It walks a slippery slope and could have fallen off any time, but thankfully, comes out hilariously on top!

The art from Chris Allen was also mostly a plus. I loved the colorful pallet and the wide variety of characters were always fun to look at. There was a bit of inconsistency with some of the character models, sometimes to the point of looking like a different character altogether from panel to panel, but it was never egregious enough to distract. 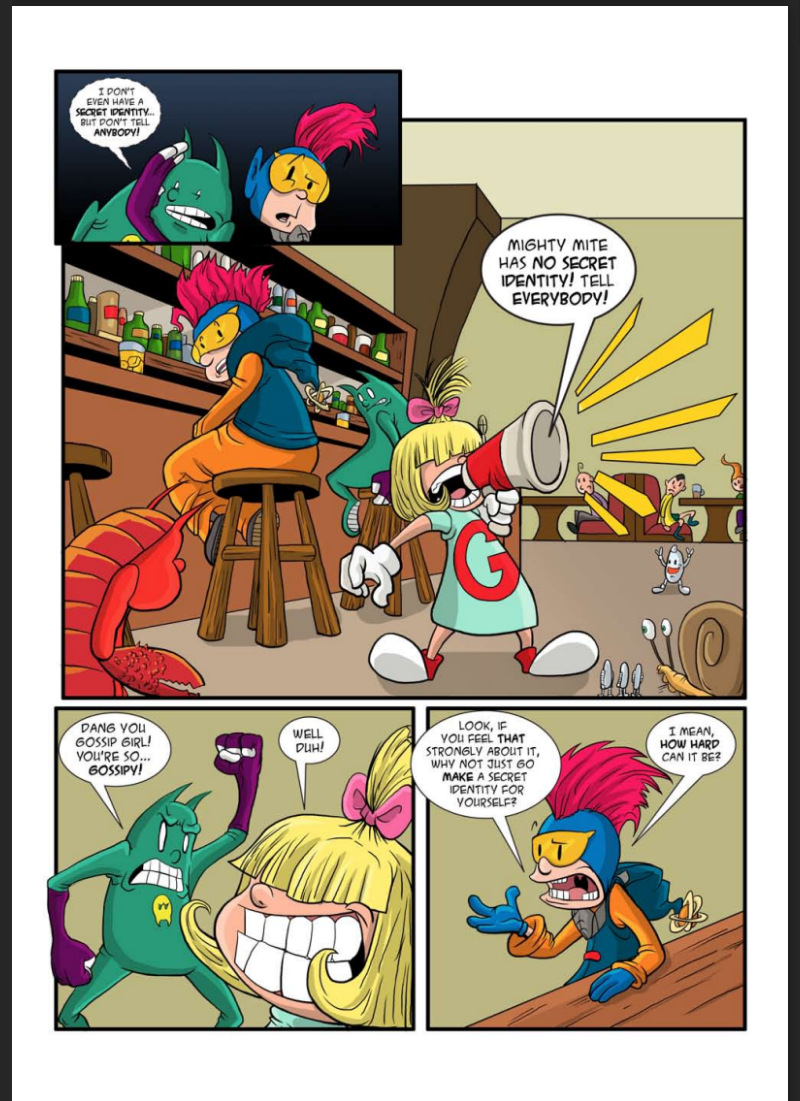 The biggest knock I’d level at Mighty Mite #1 is that it too often feels shallow. I had a great time reading the book and spending time with the fun characters, but I never felt that there was a whole lot of depth to it. It often felt like a longer version of those random internet comics you see all the time. That being said, the final few pages laid some interesting groundwork for a more involved and interesting story to come!

Mighty Mite #1 comes out of the gate swinging and whether or not you’ve ever heard of this obscure little guy, you’re bound to have a good time with this comic. Hilarious and charming, D.C. Johnson has done a superb job of reinventing this forgotten hero for a new era. I would like to see a little more consistency in the artwork and a little more meat on the bone when it comes to the narrative, but this first issue is a promising sign of things to come!