I was not overly enamored with Unnatural #1. I found its themes to be overly cliched as well as aggressively overt. I also had a hard time connecting with the characters as I found myself disliking pretty much all of them. I thought the story itself displayed some potential and I found the underlying dark mystery fairly intriguing. As it was though, I didn’t expect issue #2 of Unnatural  to appeal to me any more, but I found myself, surprisingly, enjoying it, even if it did carry over some of the less appealing aspects from the first issue.

Right off the bat I’ll say that I don’t like the social agenda being pushed on the first few pages. It’s not uncommon for comics to tackle social issues; they’ve been doing that since the beginning, but Unnatural does it is such a way that it’s eye-rollingly obvious. The X-Men comics, specifically back in the 90’s, always did a good job of highlighting social issues, but doing it in a nuanced way such that if you did pick up on the undertones, you might appreciate it as a stylized take on social commentary, while others may completely miss it and just enjoy a good superhero story. Unnatural carries no such subtlety or nuance. Writer Mirka Andolfo, talented as she is, packs the first few pages with unneeded political and social commentary that is as overt and in-your-face as it comes. 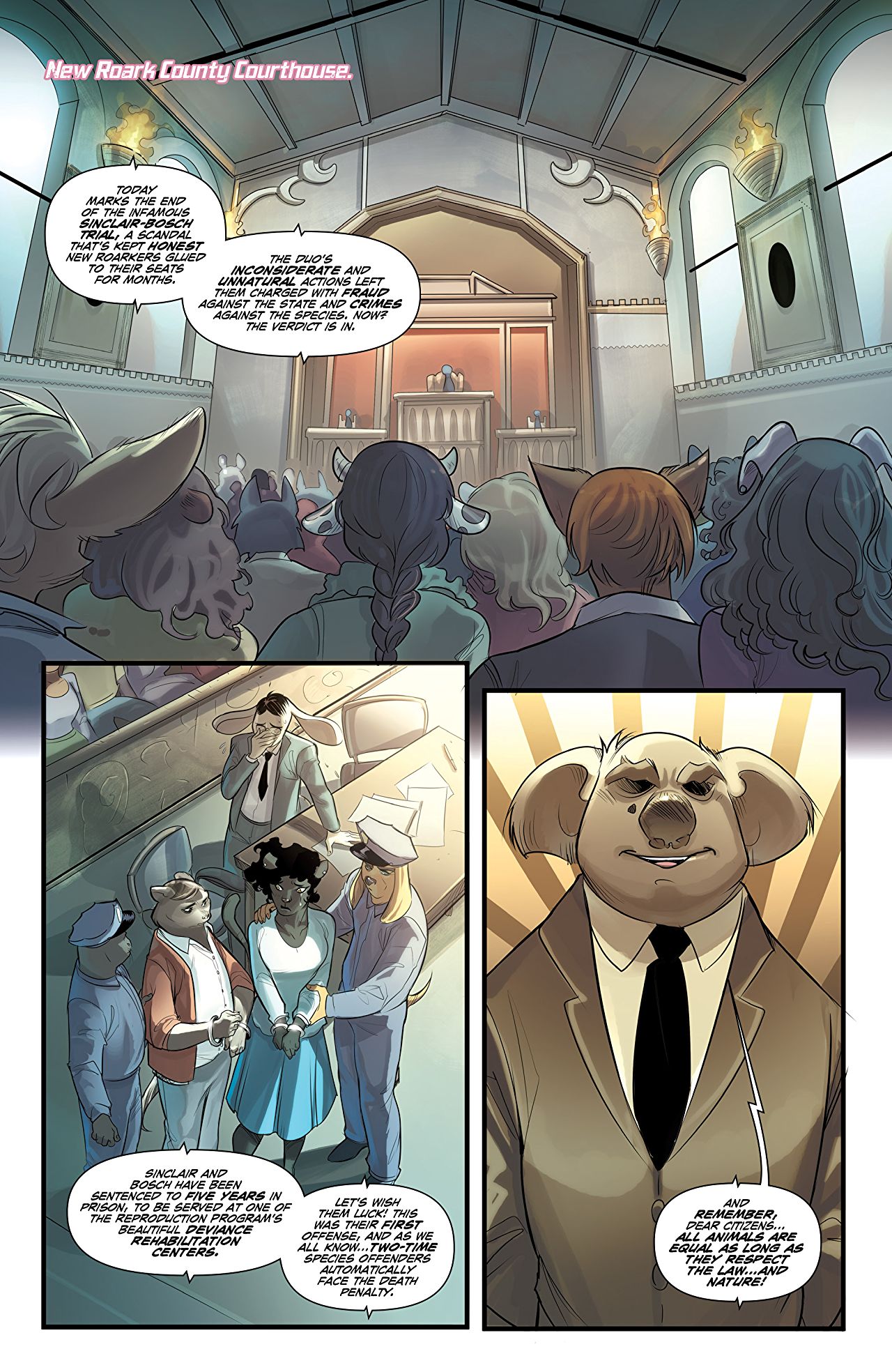 Aside from that, however, I found myself much more invested in the story than I thought I would be. The characters that annoyed me so much in the first issue are either largely absent, or are just plain more bearable this go round. Specifically, the main character, Leslie, is shaping up to be a well-written and sympathetic protagonist. She is easy to root for, is a genuinely good person (pig?) and her plight is easily sympathized with, if not overly relatable. Her friend Trish is also much more palatable this time around and she actually supplies most of the momentum when it comes to the ever growing mystery.

The mystery itself is one of the best aspects of Unnatural. While it was at first simply a scandalous dream and a hooded figure lurking about, it’s now evolved into a potentially supernatural mystery involving old writings in obscure books, and things like that. It adds more depth to a story that could have easily been some animal version of a Lifetime Original Movie. While Leslie’s love life and the governments enforcement of it are a large portion of the narrative, it remains the least interesting aspect when compared to the burgeoning mystery at hand.

With the story improving as it goes, I still found some of the dialogue groan-inducing. It may have something to do with the translation (this story was not originally written in English) but there’s plenty of hip lingo being thrown around and anytime characters talk like people on a live action Disney Channel sitcom, I’ll take a hard pass every time. 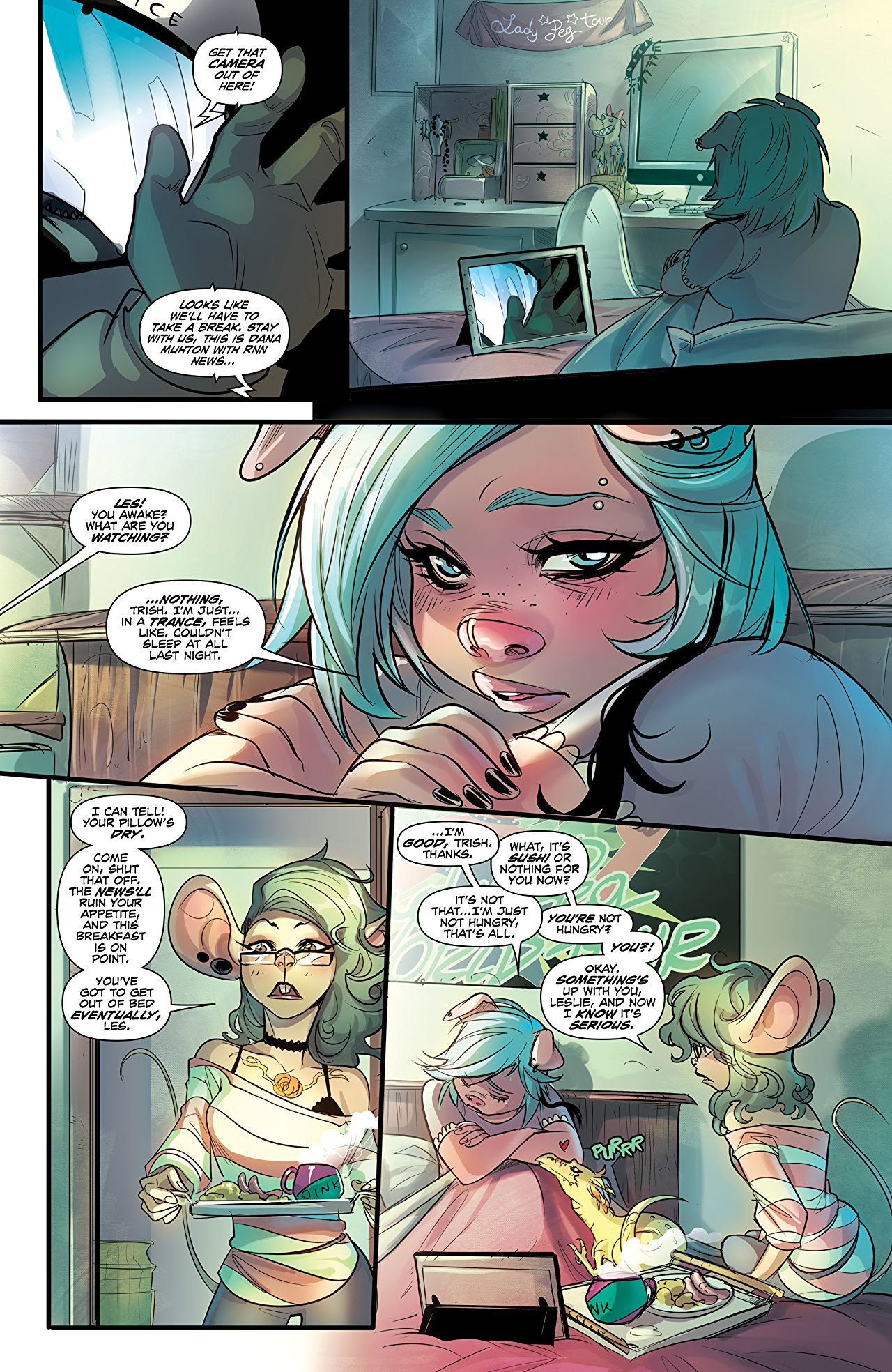 For any problem I may have with Unnatural, the artwork is definitely not one of them. Mirka Andolfo is handling both the writing and the artwork and her illustrations are simply stunning. Every page and panel is a beautiful sight to behold and the characters look like they could be part of any number of big budget animated movies. There’s an impressive fluidity to the world and it seems to move on the page and from panel to panel with an attractive grace that I haven’t seen in any other comic book.

A marked improvement over issue #1, [easyazon_link identifier=”B07FNWR4VW” locale=”US” tag=”boundingintocomics-20″]Unnatural #2[/easyazon_link] improves in many areas while still hanging on to some of the things that weigh the story down. The narrative is becoming more and more interesting, the mystery is deepening, and the characters are certainly growing on me. I wish the social and political agenda were given a bit more nuance and subtlety and I wish it weren’t so sexualixed, but I know that I’m probably in the minority in both of those camps. As it stands though, I give Unnatural #2 points for subverting my expectations and being much more enjoyable than I feared. Let’s just hope issue #3 continues the upward trend.