Perlman used an extremely vulgar slur directed at the sitting U.S. Senator in a now-deleted Tweet stating that Graham needed to perform oral sex on men in order to get the role of Attorney General following Jeff Sessions’ resignation earlier this week.

Perlman’s extremely vulgar Tweet came after reports indicated that former New Jersey governor Chris Christie was rumored to be on the short list for the next Attorney General as reported by a number of outlets. 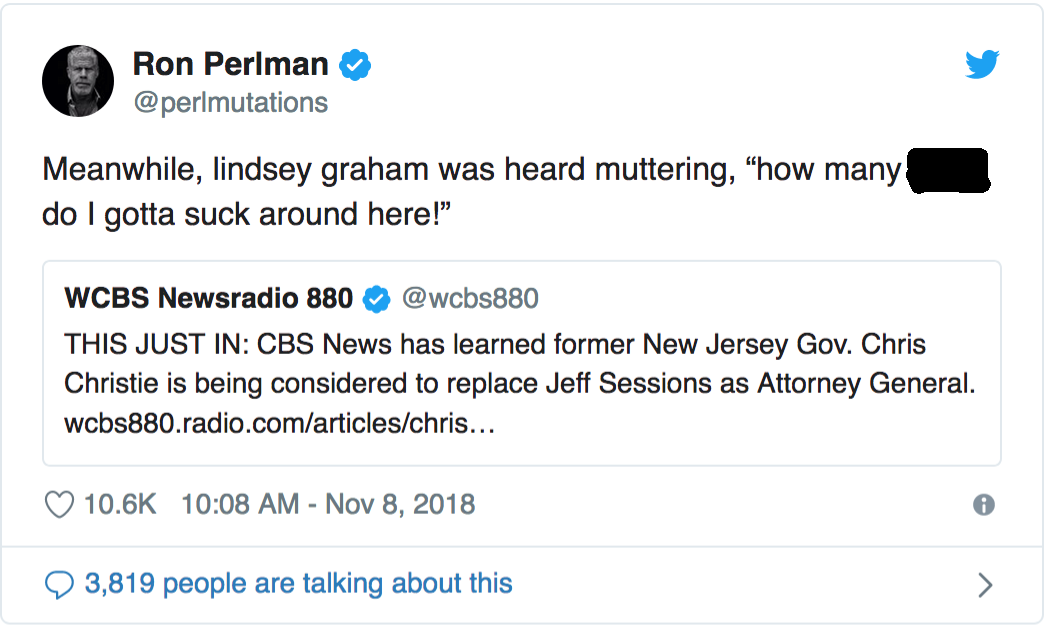 This isn’t the first time that Ron Perlman has taken to Twitter to unleash his rage. The actor has often taken to the platform to attack the current administration as well as members of President Trump’s cabinet over the last two years. Perlman referred to Dr. Ben Carson as a “mentally challenged brain surgeon” following the tragic events in Charlottesville, Virginia.

Someone needs to remind this mentally challenged brain surgeon upon who’s shoulders he stands! https://t.co/OlePGnS5vE

Ron Perlman isn’t the only celebrity to go after Senator Lindsey Graham with this kind of hateful and homophobic language.

During the recent Brett Kavanaugh hearings Kathy Griffin also made suggestions about Lindsey Graham’s sexuality by referring to him as Miss Lindsey Graham and claiming he didn’t “have the balls to speak up.”

Oh lookee lookee here. Miss Lindsey Graham doesn’t have the balls to speak up today does she? #KavanaughHearings 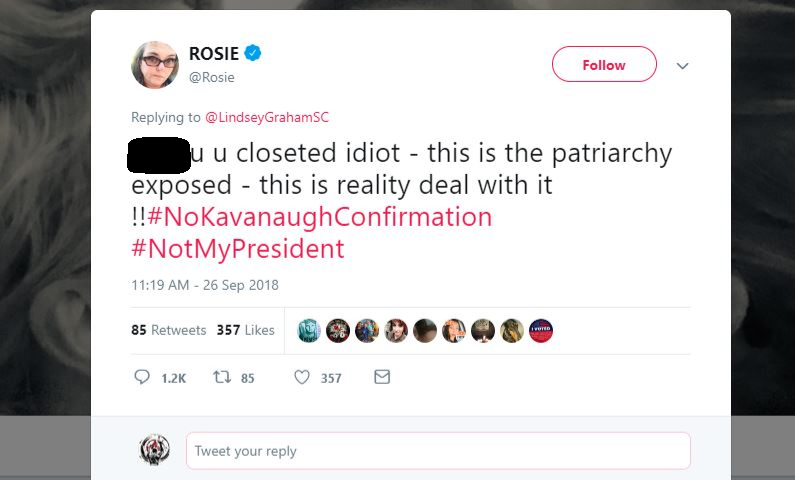 The question of someone’s sexuality is a very personal issue. However, that doesn’t appear to be stopping celebrities in tinsel town from attacking Senator Lindsey Graham with homophobic remarks. I have to wonder if Senator Graham were a Democrat instead of a Republican would they behave in such a way? OR would they step in to use their celebrity clout to defend him against obvious homophobic attacks.

What do you think? Was Ron Perlman out of line? And was he correct in deleting his Tweet? Let us know in the comments below!