Former Hellboy actor Ron Pelman is at it again in his Twitter crusade against President Trump.

His most recent comments proclaim that he hopes President Trump will be ousted as the President and found guilty “for the high crime of teason.” 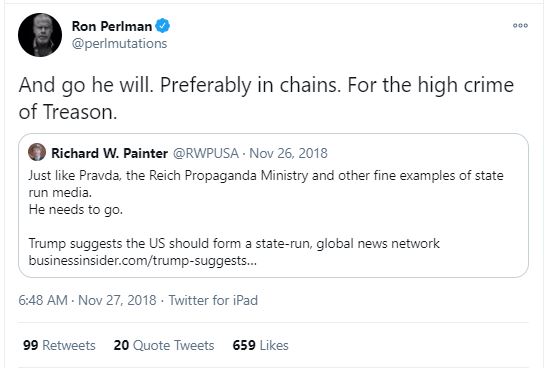 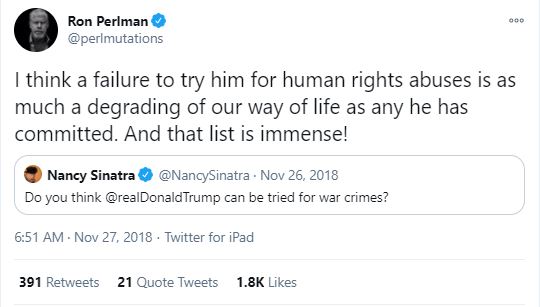 This isn’t the first time the former Hellboy actor has taken to Twitter to deliver both critical views on the current administration as well as just vile rhetoric.

Most recently he targeted South Carolina Senator Lindsey Gramham with homophobic language. After being called out on his behavior, Perlamn would eventually delete his Tweet.

And Perlman is no stranger to targeting President Trump, just last year he called Trump a “racist c***.” 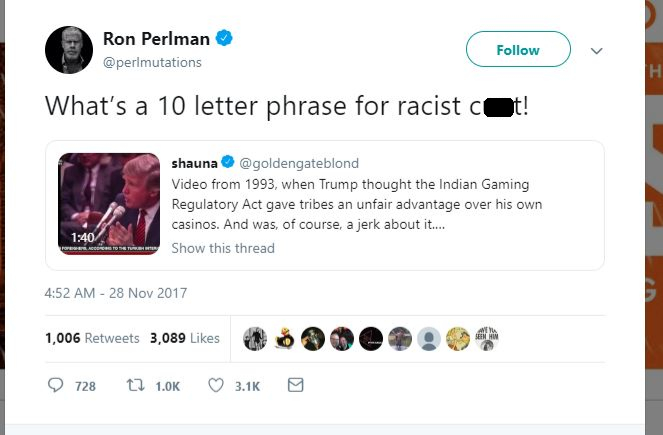 One thing appears to be clear is the fact that President Trump is definitely at the forefront of Perlman’s brain. Perlman even admitted he needed to take a break from Twitter back in May.

I feel weak. I feel nauseous. I feel impotent. I feel betrayed. I feel alone. I feel terrible.

I’m taking a break. I’m going back to my little corner of the world where all I have is poured into family, friends, and the nobility of storytelling that celebrates our commonalities and not our differences. In the words ofJoni Mitchell, if you want me I’ll be in the bar… 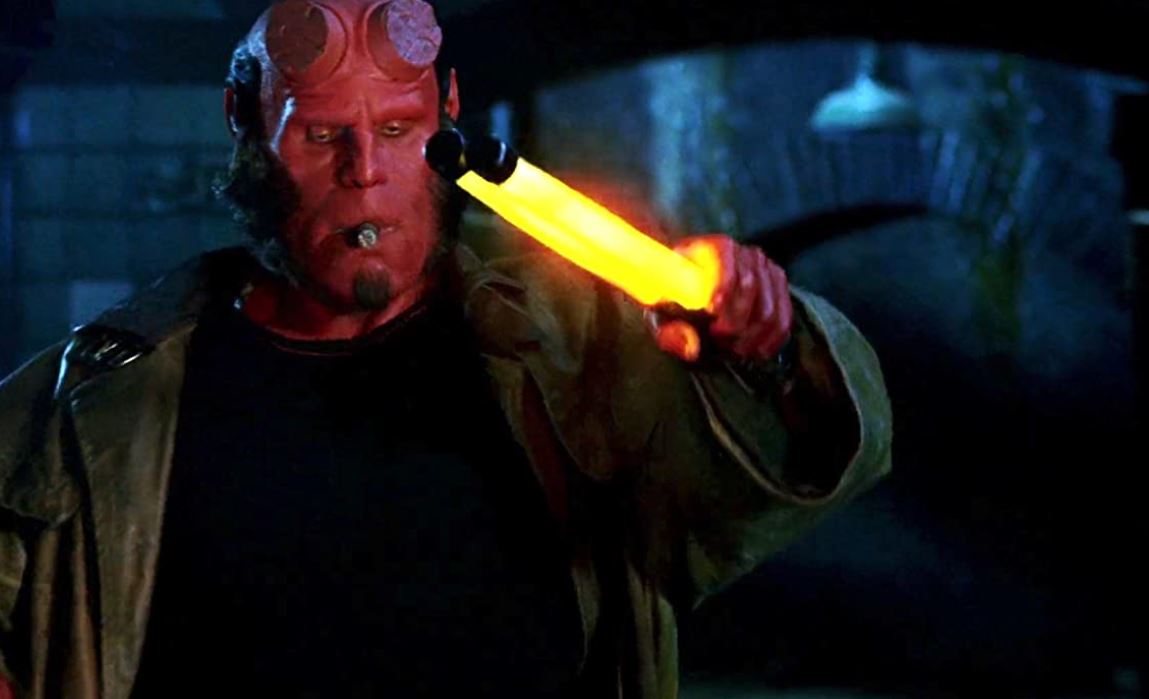 The break was short-lived, and the actor returned to the platform to attack and complain about the state of The United States.

For all his pleas against what he sees as tribalism and hate the actor himself has an amazing array of examples of his own hate and tribalism.

Back in 2013 he even used the disaster that is now Detroit to attack a now-former Republican member of Congress Darrel Issa. It’s real rich since Detriot has had single party rule by Democrats since the 1960s.

In the Tweet, the former Hellboy star makes light of the idea that each day Congressmen Issa wasn’t punched it “was a dark day in #America!” 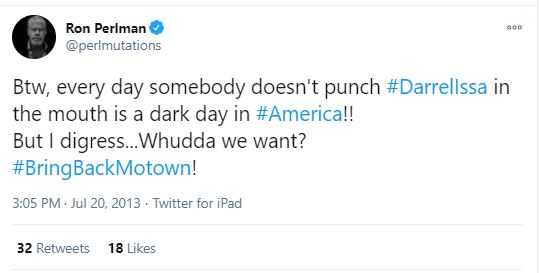 One thing is clear, Perlman’s political commentary has been colorful to say the least.

What do you think? Is Ron correct? Will we see a sitting President tried for treason? Or is this just another example of someone stuck in the Twitter-verse and unable to get outside? Let me know in the comments below!

Ron Perlman can next be seen in Asher alongside Famke Jansen and Richard Dreyfuss. He will also appear in the upcoming Monster Hunter film starring Milla Jovovich, Diego Boneta, and T.I.