Cheadle wore the shirt while introducing musician Gary Clark Jr. You can see it in the image below. 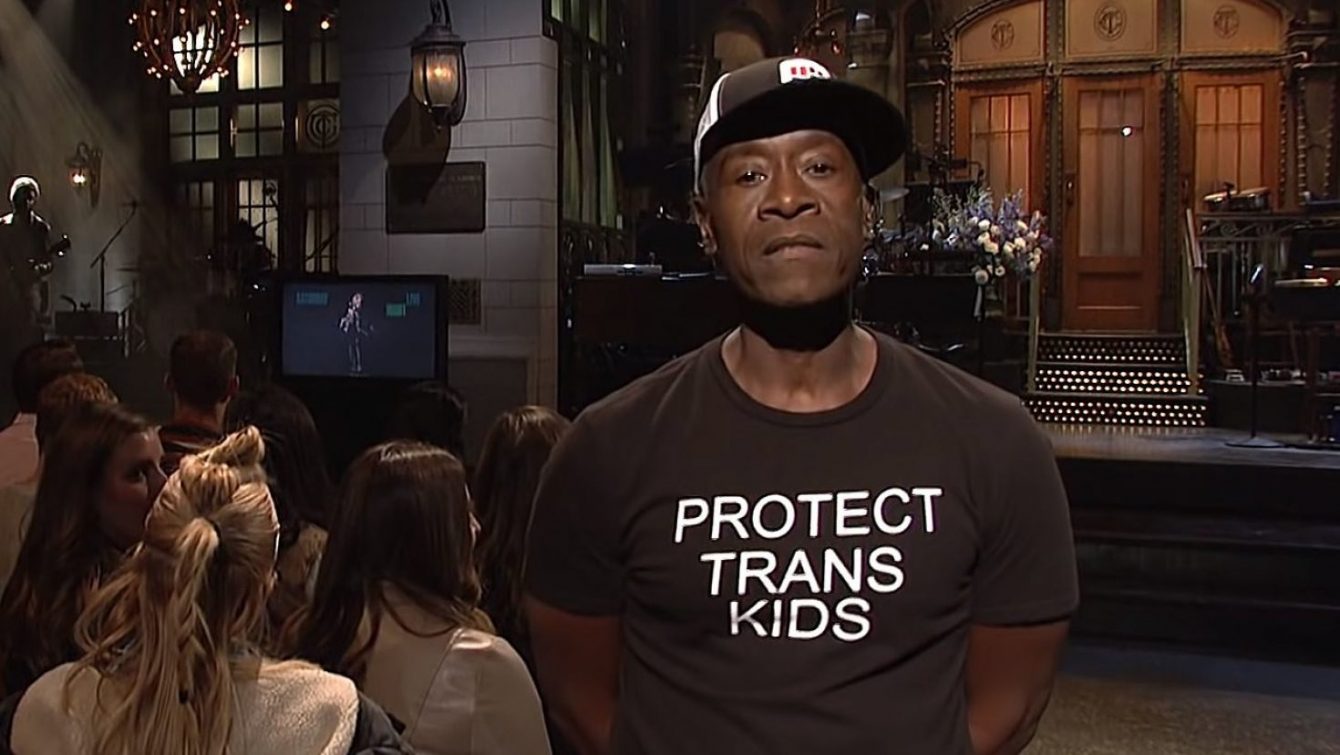 Not only did Cheadle wear the “Protect Trans Kids” shirt, but he would also take a shot at mocking President Donald Trump at the end of the show. He would wear an old Soviet Union hockey jersey with Trump’s name on the back and sporting number 45.

It’s nothing serious 😉. Just Don Cheadle wearing a classic CCCP jersey with Trump 45 on the back on Saturday Night Live. #SNL pic.twitter.com/qWvuyVlYge

Cheadle would take to Twitter to thank Saturday Night Live for allowing him to host and “pay respect and throw shade in an historic space in an historic time.” He would encourage his followers to “keep fighting” saying, “evil grows in the dark.”

♥️✌🏿✊🏿 to each and every one of you beautiful tweeps. i awoke to so much support and love!! thank you @nbcsnl for the opportunity to play and pay respect and throw shade in an historic space in an historic time. keep fighting, y’all. evil grows in the dark. 😘

President Donald Trump would weigh in on the show calling Saturday Night Live “tired” and NBC “fake news.” He would ask, “Question is, how do the Networks get away with these total Republican hit jobs without retribution?”

Nothing funny about tired Saturday Night Live on Fake News NBC! Question is, how do the Networks get away with these total Republican hit jobs without retribution? Likewise for many other shows? Very unfair and should be looked into. This is the real Collusion!

What do you make of Don Cheadle’s fashion statements?