Comic book creator Brett R. Smith has had a bevy of successes in recent years. He’s worked on numerous comic books including the recent Trump’s Space Force as well as My Hero MAGAdemia. Brett has also provided colors on DC Comics’ Superman run during the New 52. Maybe his biggest claim to fame is working with Chuck Dixon to adapt Peter Schweizer’s Clinton Cash into a graphic novel. He’s got big plans in the works and I got to chat with him about his upcoming graphic novel Blood: The Graphic Novel. 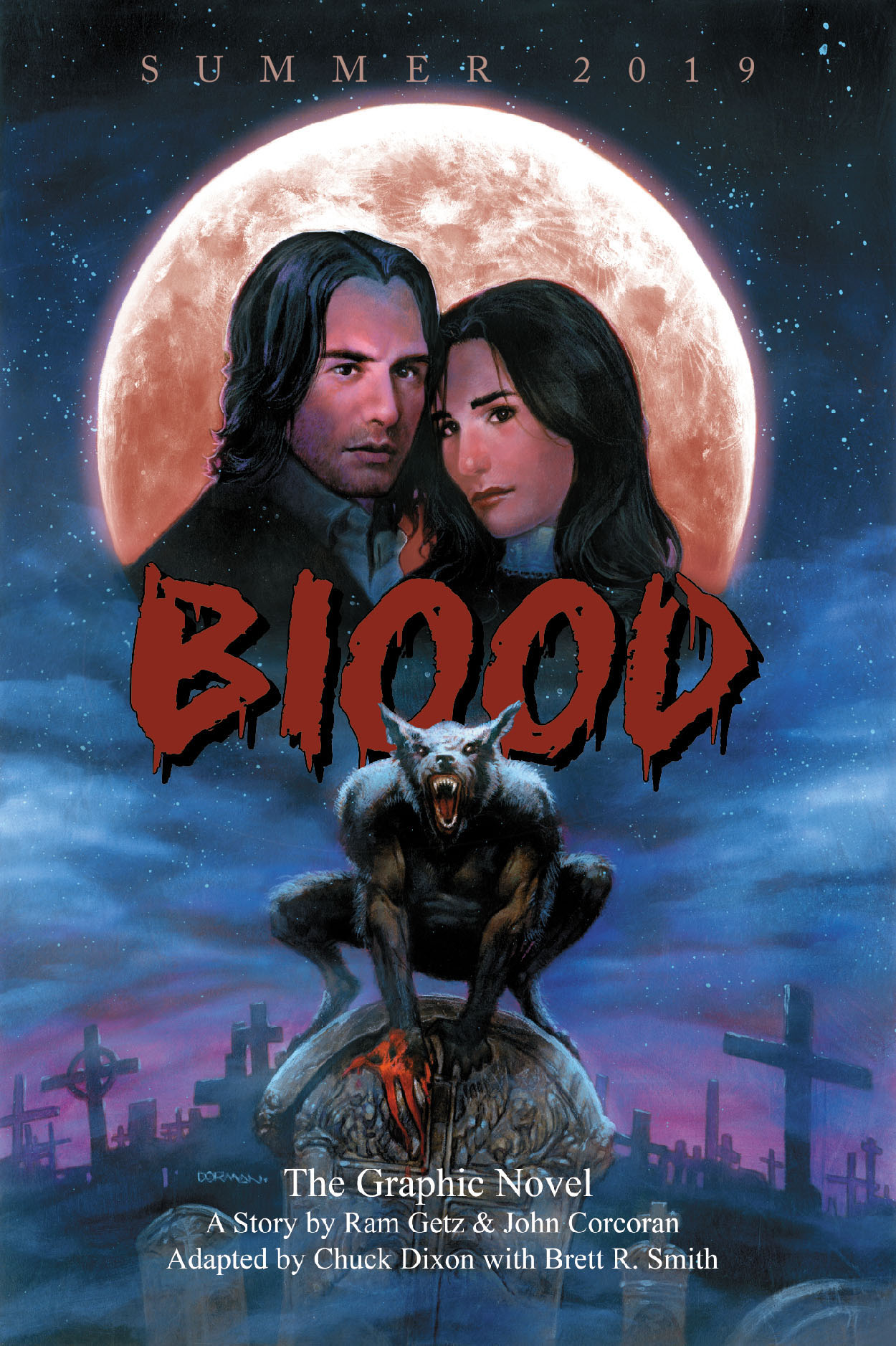 Bounding Into Comics (BIC): You recently released a cover for an upcoming graphic novel Blood. It appears to be a werewolf story with a little bit of romance. What can you tell me about it?

Brett R. Smith (Brett): Blood: The Graphic Novel is in the horror/suspense genre of storytelling and its a period piece set in and around 1901 so its a werewolf western with a twist. There is some romance between the two lead characters but I don’t want to give too much away. All I can say is there is action, suspense and a great twist which I think readers will truly enjoy.

BIC: I noticed on the cover it indicates it’s an adaptation of a story by Ram Getz and John Corcoran – is it based off a novel or a screenplay?

Brett: Ram Getz and John Corcoran are two Hollywood screenwriters and they wrote a short treatment of which Chuck then adapted into a full 98 page script. Both Ram and John and the investor in the graphic novel come from the world of movies and live action so their plan is to adapt and shoot Blood into a full feature length movie after the graphic novel is released. The intention is to have a successful graphic novel series which can run alongside a successful movie franchise as well.

BIC: We’ve seen a lot of Werewolf and maybe even more Vampire stories in recent years, what sets Blood apart from say franchises like Twilight, Castlevania, True Blood, or The Vampire Diaries?

Brett: For one Blood is a period piece set in the Old West which I don’t think has been done thus far with contemporary tales of werewolves, which have all been set in modern day or the future, so I think that makes it more interesting and it ratchets up the stakes for the characters given there is very limited forms of technology in the Old West as compared to today. Being isolated in the woods in a cabin back in the Old West is very different than if the story was taking place today and its that sense of isolation which is a big part of the story. One movie which we have used as inspiration to our story is the movie, [easyazon_link identifier=”B01BT3SCUG” locale=”US” tag=”boundingintocomics-20″]The Witch[/easyazon_link], which is set in and around the same time period and deals with the isolation of being on your own out in the woods. Our characters have to survive on their own in the woods and that’s far more difficult given the time period it takes place in.

BIC: Will there be any other supernatural beings besides werewolves?

Brett: Just a werewolf for this first graphic novel. I can’t speak to what will happen in the follow up books.

BIC: Given you plan to have a successful graphic novel series alongside a movie franchise, are there already ideas in place for a sequel?

Brett: Yes – there is a plan in place for a sequel and God willing that will come to pass.

BIC: Will this series be crowdfunded and have you found a publisher?

Brett: This series will not be crowdfunded. It’s being financed by a Hollywood producer who has been great to work with and understands the power and draw of the graphic novel medium. He also sees the obvious and natural crossover into live action which is why the plan has been all along with this project to produce, publish and release the graphic novel and then go straight into producing it for a live action movie.

We currently have a bidding war going on for the publishing rights between two publishers which is wonderful because its nice to have options. Plus its great to see so much enthusiasm for the project from book publishers because it shows how strong the work is and we’re not even done with production yet. The story, the artwork and the message of the book is that strong. 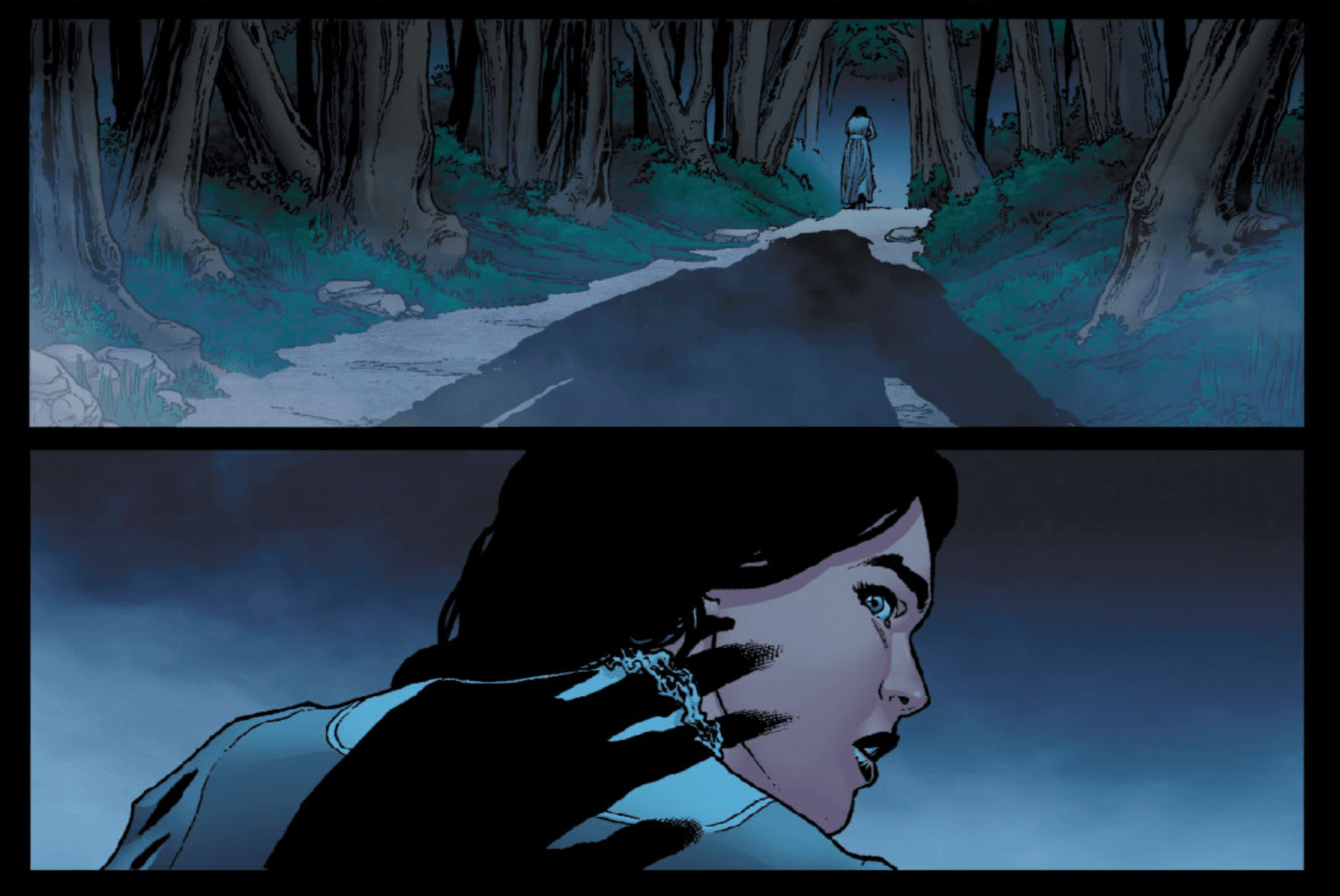 BIC: You mentioned book publishers, does this mean it won’t be published through one of the more well-recognized comic book publishers like Dark Horse or IDW?

Brett: We are going through the book publishing route like we did on Clinton Cash A Graphic Novel and on Thump: The First Bundred Days. The book industry is a much larger industry which means more customers. Another benefit of going through a book publisher is we will have worldwide distribution. It will still be available for special order through your local comic shop (LCS) but you will just as easily be able to order it off Amazon and have it at your door in two days. We are also talking about making some limited premium copies which would be signed by the creators available through an online store as well.

BIC: You are working with Chuck Dixon, Dave Dorman, and Derlis Santacruz on the project, what’s it been like?

Brett: This is the third book I’ve worked with Chuck Dixon on and working with Chuck is always a lot of fun – at this point we have a real shorthand when working together because it’s so familiar. He was one of my favorite writers growing up and is easily in the top five best writers within the comic book medium of all time – so when I go into a project with Chuck I know I’m going into battle with the very best. Our first outing together was [easyazon_link identifier=”1621575454″ locale=”US” tag=”boundingintocomics-20″]Clinton Cash: A Graphic Novel[/easyazon_link], which was a #1 NYTs Bestseller and an Amazon #1 Bestseller – then came Trump’s Space Force which was another massively successful book we did with Timothy Lim, Mark Pellegrini, Dave Gorman and Graham Nolan – So this being my third project with Chuck I expect us to keep up our streak of successful books which continue to connect very strongly with our audience.

This is the second time I’ve worked with Dorman and he’s just a killer – the best. So talented and I get a kick out of hiring him for covers because as a kid growing up in the 80’s and 90’s his work was nearly everywhere and I used to pour over his covers to try and figure out how he was able to pull off all of that incredible artwork. Getting to actually work with him on Trump’s Space Force and now Blood is a real honor and pleasure.

Derlis and I have worked together many times at DC Comics and on some other projects I’ve hired him for over the years. He’s another killer who is just one of the best visual storytellers around. He also understands my vision for the book aesthetically which is to make it as cinematic as possible, and he is just doing some of the best work I’ve seen him do of his career on this book and it’s really exciting and fun to get to team up with him again. 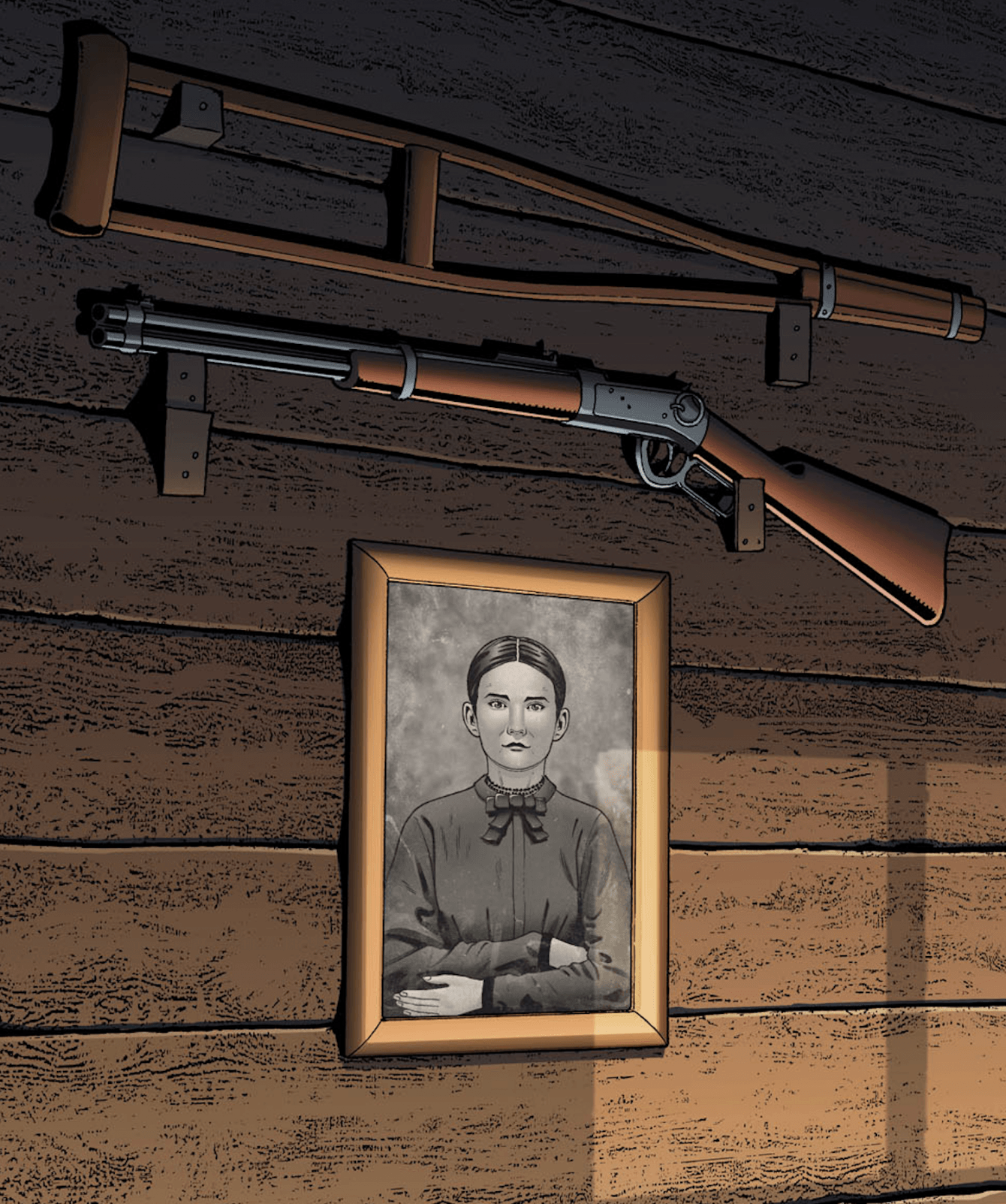 BIC: How far along are you? Obviously, you don’t have a publisher yet, but do you have an idea in mind when you would like to see the book hit market?

Brett: We are about 60% done with production and will be wrapping up over the next couple of months and the book is coming together just beautifully  We are also finalizing details with a fantastic publisher right now and plan to have the book out this summer. Once we seal the deal with the publisher I’ll let you know so we can make the announcement which I anticipate to happen in the coming weeks so its all very exciting. I think people are going to love this book – its a great story and has gorgeous art – its all killer and no filler.

BIC: Do you have any other projects you are currently working on?

Brett: I have about 8 different projects slated for 2019. Most of which where I’m acting as Editor, Creative Director, Production Manager and Color Artist like I’m doing on Blood. I also have a couple of projects where I’m just contributing as the Color Artist but most of the projects slated for 2019 see me taking a larger role in the management of the production of the book as I’m doing on Blood and as I did on Clinton Cash A Graphic Novel and on [easyazon_link identifier=”1682615227″ locale=”US” tag=”boundingintocomics-20″]Thump: The First Bundred Days[/easyazon_link]. As much as I enjoy coloring my role in creating graphic novels and other forms of entertainment is fast becoming more and more of a managerial position where I’m running the creative team and maintaining the vision of each project so as to see it to fruition – which is ultimately where my time is best spent going forward. All in all I’m extremely grateful for the opportunity afforded to me to work on these projects and create new and exciting forms of entertainment within the graphic novel medium – its all been a real blessing.

Are you excited for Blood: The Graphic Novel?