YouTube found itself at the center of yet another controversy when a user by the name of Matt Watson, aka MattsWhatItIs, uploaded a disturbing video to his YouTube account titled “YouTube is Facilitating the Sexual Exploitation of Children, and it’s Being Monetized (2019):

In the video, Watson details how easily YouTube’s recommended videos algorithm pushed questionable content concerning minors, mostly young girls, into a user’s recommendations and the use of the comments section by alleged pedophiles to provide timestamps for the video which direct viewers to suggestive shots of the children in said videos.

Most shocking of all, Watson shows that videos of this nature were monetized and ran ads from YouTube’s advertising partners. Similar to the reactions regarding the 2017 “Elsagate” scandal, many companies including Disney and Nestle, began to temporarily suspend their advertisements across the platform. One of the biggest advertisers to pull their ads was Epic Games, the game studio behind the massively successful battle royale game Fortnite.

When asked for comment regarding their removal of ads, an Epic Games spokesperson told The Verge:

“We have paused all pre-roll advertising,”

“Through our advertising agency, we have reached out to Google/YouTube to determine actions they’ll take to eliminate this type of content from their service.”

In response to these revelations and the pulling of ads by prominent sponsors, YouTube published the following memo, presented to the public first by Adweek, to their clients and agency partners detailing the steps they would be taking to protect children  and other users moving forward: 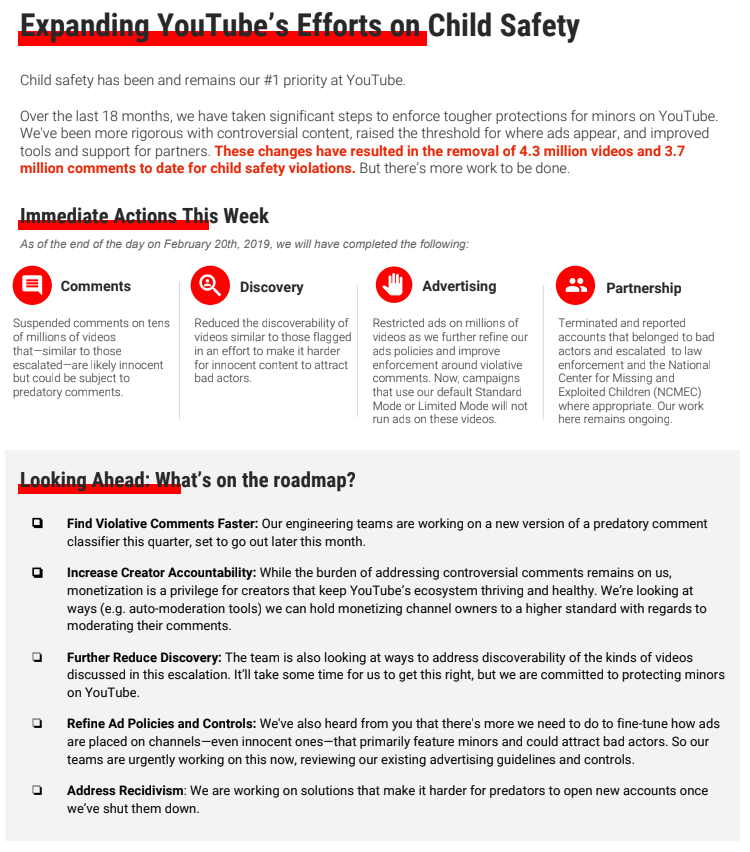 A YouTube spokeswoman added, “Any content –including comments — that endangers minors is abhorrent and we have clear policies prohibiting this on YouTube. We took immediate action by deleting accounts and channels, reporting illegal activity to authorities and disabling violative comments.”

Bloomberg notes, “Total ad spending on the videos mentioned was less than $8,000 within the last 60 days, and YouTube plans refunds.”

As of writing, it is unknown if these measures have satisfactorily alleviated the fears of Epic Games or other concerned advertising partners.

What do you make of Epic Games pulling advertising from YouTube?