Professor James Mooney at Edinburgh University was investigated for a hate crime for quoting Ewan McGregor’s character in Trainspotting.

Metro reports that Police Scotland “had received a report about ‘xenophobic comments’ being made online last month.” They go on to indicate that “officers had carried out a full investigation and concluded no crime had been committed.”

In fact a Police Scotland spokesman informed them:

“On Monday 11th February, police in Edinburgh received a report of xenophobic comments made online. A full investigation was conducted and it was established that no crime had been committed. However, the matter was recorded as a hate incident. No further police action was required.” 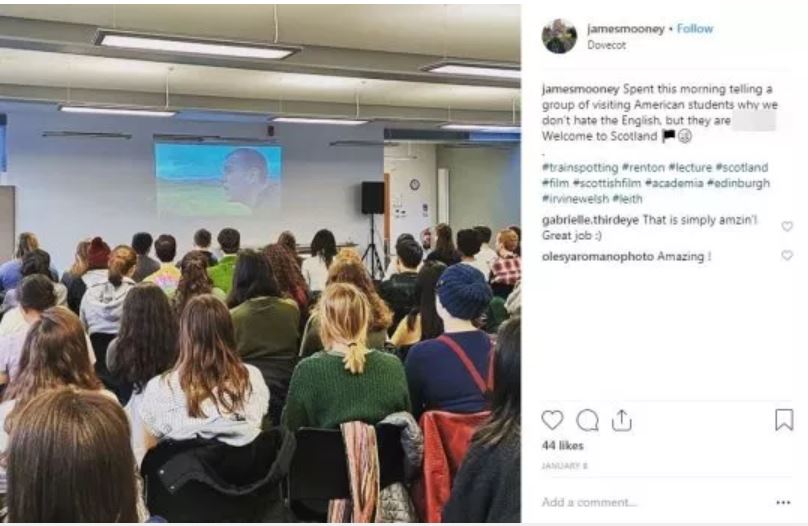 He wrote, “Spent this morning telling a group of visiting American students that we don’t really hate the English, but that they are wankers. Welcome to Scotland.” He would include the following hashtags clearly indicating he was referencing the movie, #trainspotting #renton #lecture #scotland #film #scottishfilm #academia #edinburgh #irvinewelsh and #leith.

You can see the clip below where McGregor’s character, Renton, derides his own Scottish heritage in the 1996 film Trainspotting, “Some people hate English, I don’t. They’re just wankers. We on the other hand are colonized by wankers.”

Trainspotting was directed by Danny Boyle and was based on the novel written by Irvine Welsh. The film follows McGregor’s Renton as he struggles to get clean from his drug addiction in Edinburgh.

Do you think Mooney should have been investigated for a hate crime for referencing Trainspotting on Instagram? Do you think there was anything wrong with his Instagram post?