An Xbox Live user was suspended by Microsoft after the user changed their gamertag to xxJesusIsLordxx.

As you can see below Microsoft noted his gamertag may “include profanity, sexual topics, hate speech, controversial religious topics, references to notorious people or organizations, sensitive current or historical events, or any content designed to sound like, look like, reference, or allude to these topics.”

Microsoft even noted that they forcibly changed the Gamertag and created a “new system-generated Gamertag” that was “automatically assigned to this account, and the Gamertag that received enforcement will remain unavailable.”

Red Pill indicated he did include a picture of Jesus Chris from the film The Passion of the Christ along with his gamertag. 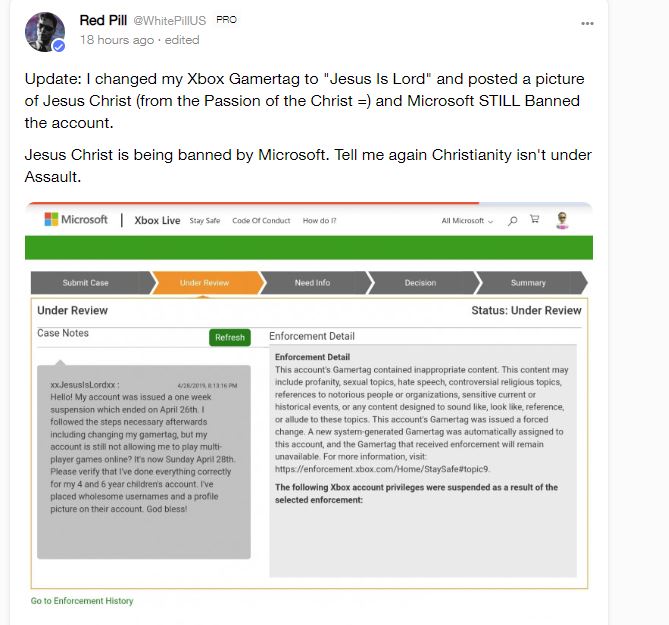 This wasn’t his first rodeo when it came to Microsoft suspending his Xbox Live account for a gamertag. He previously reported that his account was suspended for having “Red Pill” in the gamertag.

He posted on Gab, “Xbox Live suspended my account for having ‘Red Pill’ in the gamertag. No bullshit. I rarely if at all even play. Just got this email. My sons are 6 & 4 and even less often play. This is insane.”

He also included the below screenshot indicating his account had been suspended beginning on April 19th with Microsoft claiming “this account participated in harassment, abuse, or bullying behavior towards other players. This may include sending abusive text or voice messages, griefing or trolling, threatening or extorting other players, network manipulation, sharing another person’s personal information. or other attempts to harm or disrupt other players on Xbox Live.” 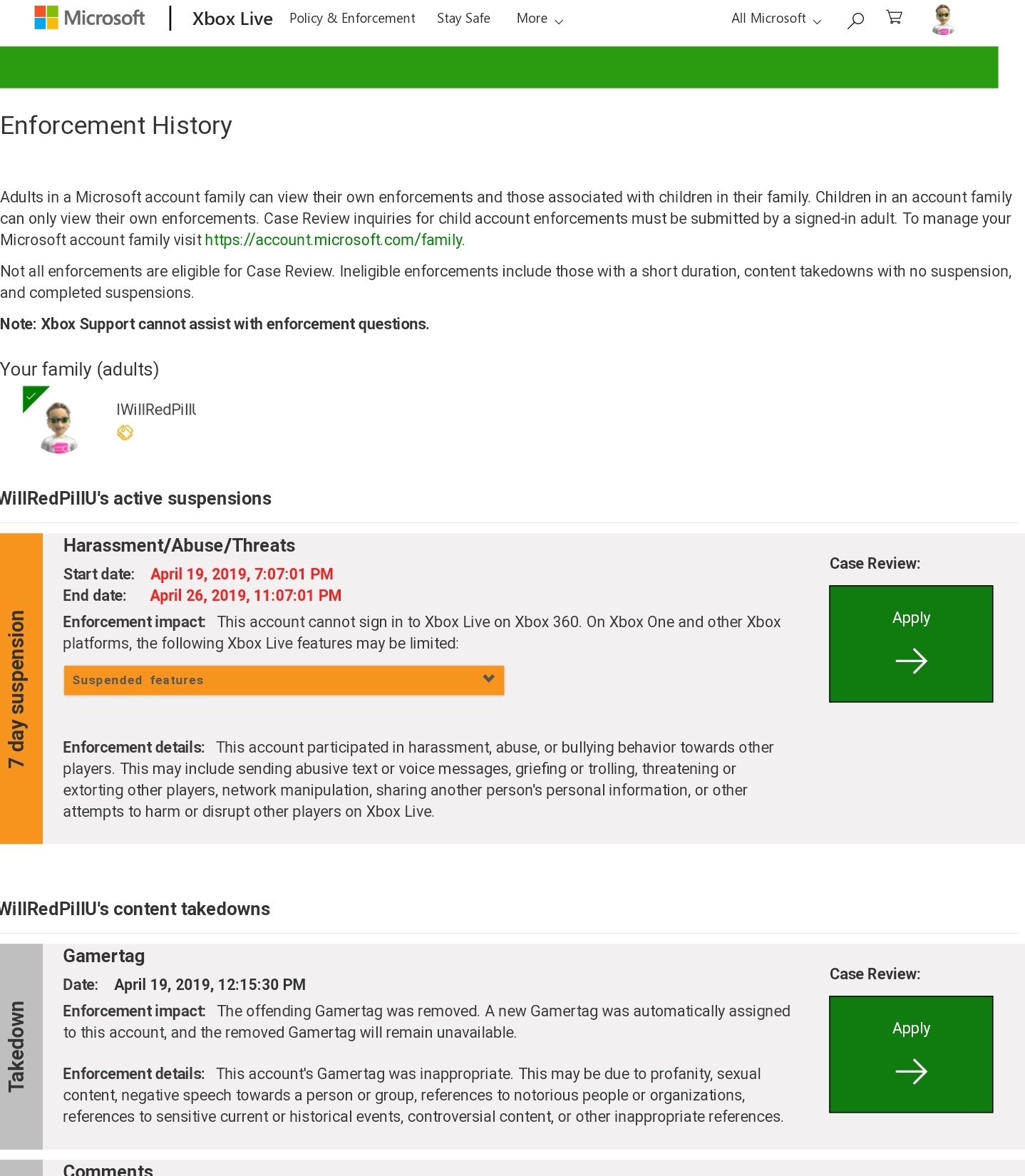 It’s unclear why IWillRedPillU or Jesus Is Our Lord were flagged by Microsoft. It’s possible Microsoft flagged IWillRedPillU as “controversial content” or “inappropriate references” which indicate a broad spectrum.

As for  “Jesus Is Our Lord” it’s possible Microsoft flagged it for “controversial religious topics.” In fact, if Microsoft is flagging the name Jesus, it’s possible they could be discriminating against Hispanics as Jesus is a common name not only among Hispanics in the United States, but in many Latin American countries like Mexico, Costa Rica, and others.

One has to ask, why is Jesus on the list? From Red Pill’s point of view, this is an assault on Christianity.

What do you make of Microsoft suspending the gamertags “IWillRedPillU” and “Jesus Is Lord?” Do you think Microsoft is discriminating against Christians or Hispanics?