An easter egg concerning a hot button social issue in the latest A Hat In Time DLC expansion has sparked outrage from some players who believe the easter egg is an example of the continuing politization of video games.

In the latest A Hat In Time downloadable content expansion, Nyakuza Metro + Online Party, players can discover a Transgender Pride Flag painted in a hidden alcove in the Nyakuza Metro stage. The flag is not easily accessible, requiring players to explore an obscure area of the level and complete several platforming sections in order to view the flag. On YouTube, user icze4r posted a video demonstrating how to access the well-hidden flag:

Following the release of the DLC, some players took to the Steam forum for A Hat in Time to voice their complaints about the inclusion of the flag to the developer, Gears for Breakfast. The major point of contention for those opposed to the flag’s inclusion was the belief that its inclusion was an attempt to inject unrelated politics into a non-political video game: 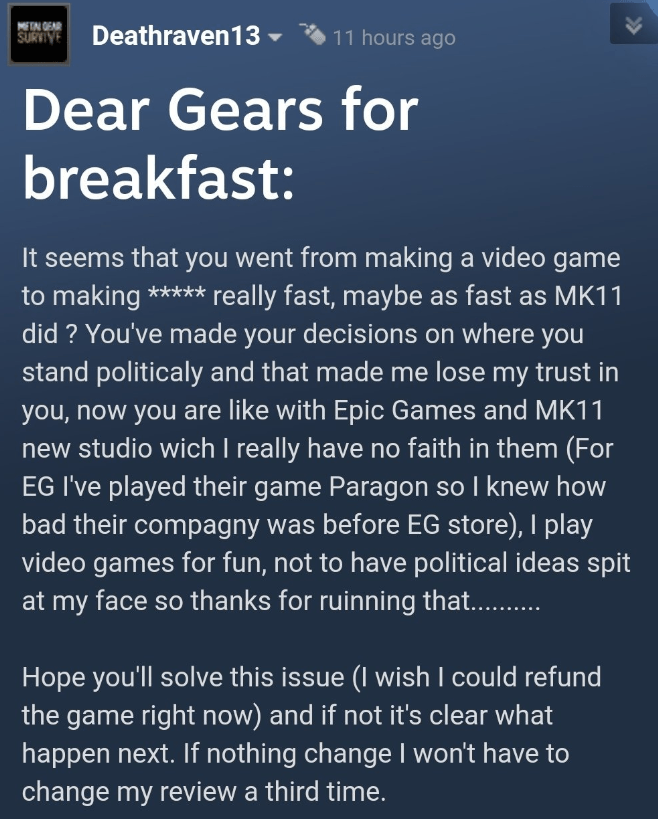 However, this feeling was not universal, as other users who supported or were indifferent to the flag’s inclusion began to take note of this growing sentiment:

People are apparently mad cuz a hat in time has the trans rights flag in the new DLC and they are saying the games getting political??? Uhhhhhhh how is basic human rights a political issue I swear some of y’all be sniffing glue before you make these posts 🙄 pic.twitter.com/JqyP6EQf41

There’s a graffiti with the trans flag hidden away in the new A Hat In Time DLC.

There’s a 6-pages long thread about it on the Steam forums.

a hat in time’s new dlc is genius in that it appealed very heavily to the “smug anime girl icon” crowd then owned them by shoving a giant trans flag in their faces pic.twitter.com/H3PSHb3TBz

These conflicting opinions quickly led to the A Hat in Time Steam forums devolving into infighting within the community. The moderation team began locking any and all threads concerning the DLC, regardless of whether the poster supported or opposed Gears for Breakfast’s decision to include the easter egg.

Though numerous threads have been locked or deleted, at the time of writing, users continue to address the topic, with threads such as Can we not fight for even a few seconds about this flag issue? And instead…., Rocket League can have an LGBT flag but Hat in Time can’t?, and Imagine being angry about a flag in the game having been started as recently as May 15th.

What is your opinion on the inclusion of the Trans Pride Flag as an easter egg? Do you believe Gears for Breakfast included the easter egg to push a political agenda? Or is this yet another instance of a small issue being blown out of proportion by fans?