Following the backlash and accusations of transphobia received by indie RPG Heartbeat due to comments made by the girlfriend of one of the development team members, the dev team has responded to their critics by offering the game and its soundtrack at a 41% discount which appears to be a reference to the rate of trans suicides in the United States. 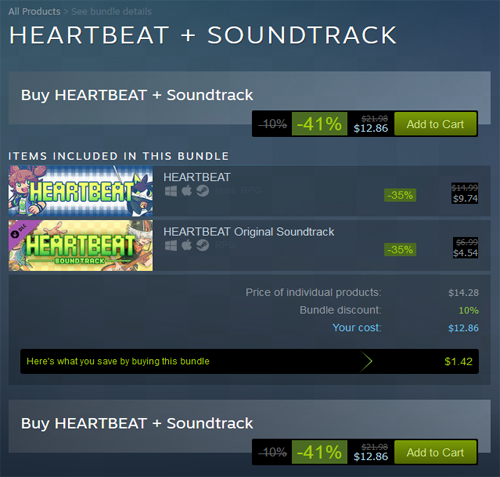 They 41% sale on Steam is specifically for a bundle that includes the Heartbeat game and its original soundtrack. 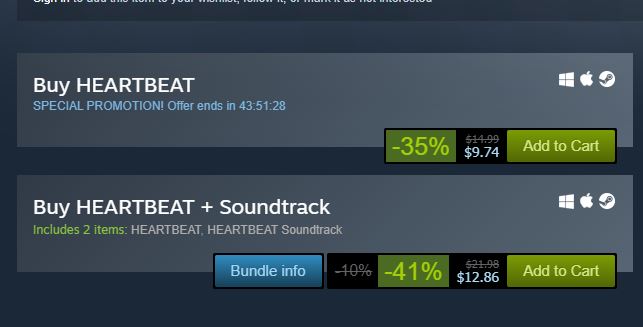 The game itself has its own individual 35% discount.

The 41% suicide rate for transgender individuals was first measured in the study Suicide Attempts among Transgender and Gender Non-Conforming Adults,the most recent and regularly cited study concerning the self-harm statistics of non-cis adults. Conducted by Ann P. Haas, Ph.D., Philip L. Rodgers, Ph.D. and Jody L. Herman, Ph.D and published by the Williams Institute, this study found that “The prevalence of suicide attempts among respondents to the National Transgender Discrimination Survey (NTDS), conducted by the National Gay and Lesbian Task Force and National Center for Transgender Equality,” which featured responses from “6,456 self-identified transgender and gender non-conforming adults aged 18 and over” responded to the survey, “is 41%.”

The bundle discount and the suicide rate matching up could be just a coincidence.

(Related: Heartbeat Dev Accused of Transphobia Due to Comments Made by Girlfriend)

As a result of this discount, Heartbeat has begun to climb the list of Steam’s best-sellers. As of writing, it is currently the 16th best-selling game on Steam: 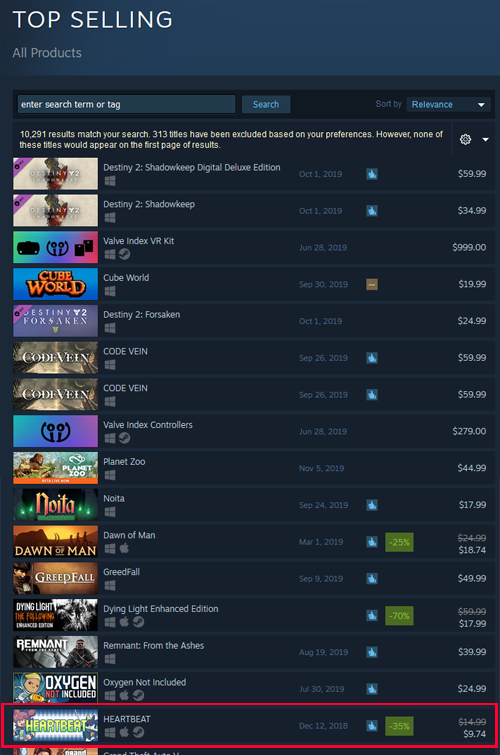 Neither lead dev Shepple, her girlfriend Nikotine, or any other members of Chumbosoft have publicly commented on this discount.