The Geek Getaway reports a Flame Toys staffer confirmed the figure “is still in progress.”

In an email, the Flame Toys Staffer wrote:

Thank you for reaching out.

We sincerely appreciate your support.

However, we are dealing with some issues of it hence we removed the post for now.

We will do our best and please do look forward to further information! 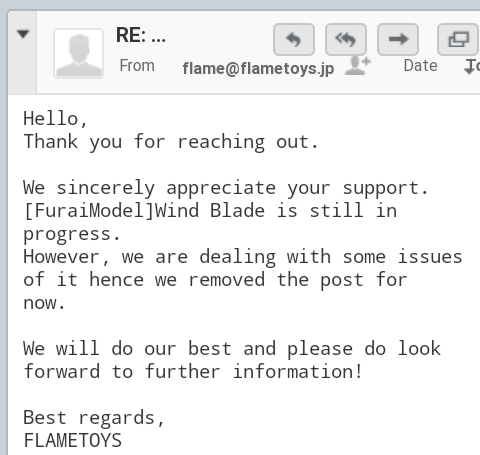 It’s unclear what exactly the issues they are having with the figure are.

The Windblade figure was initially announced on February 19th alongside [FuraiModel] Optimus Primal and [FuriaModel] Rodimus in anticipation of the New York Toy Fair. 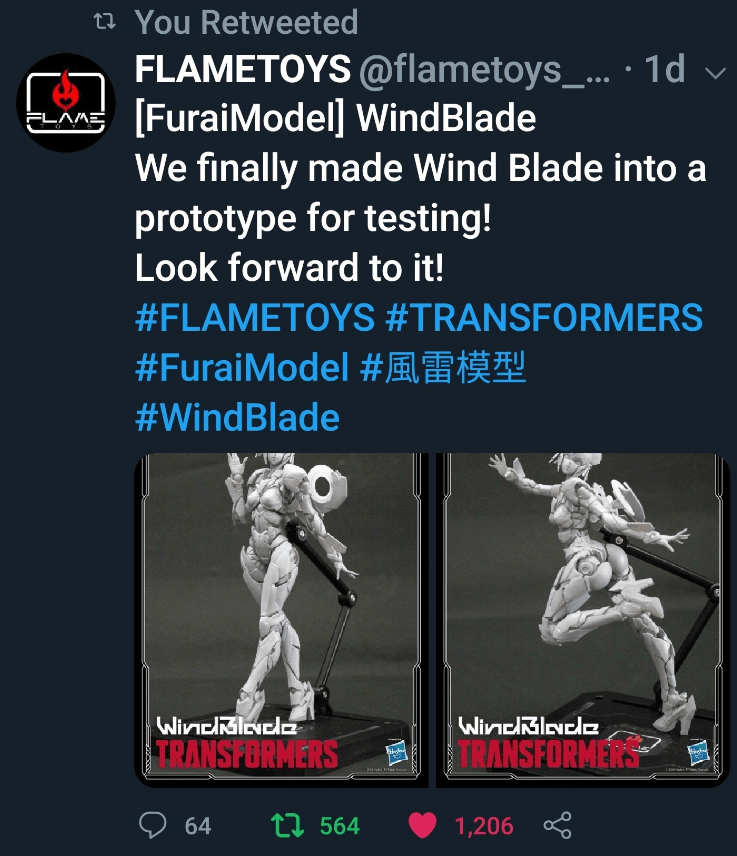 The figure was designed by adult artist Bansan, who revealed their prototype designs earlier this month as well.

Following the announcement of the figure, a number of individuals heavily criticized it. Twitter user Jenevieve Frank stated that figure would “steer all women away from Transformers products and media FOREVER.” 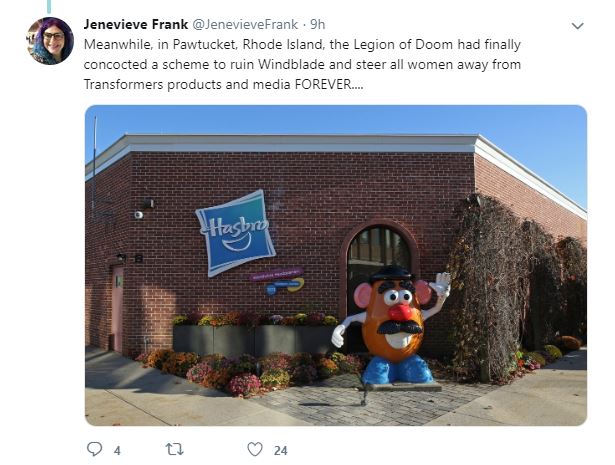 The Twitter user would also describe the figure as “misogynistic garbage.”

They would eventually delete the tweets.

Others would describe the toy as “disgusting.” 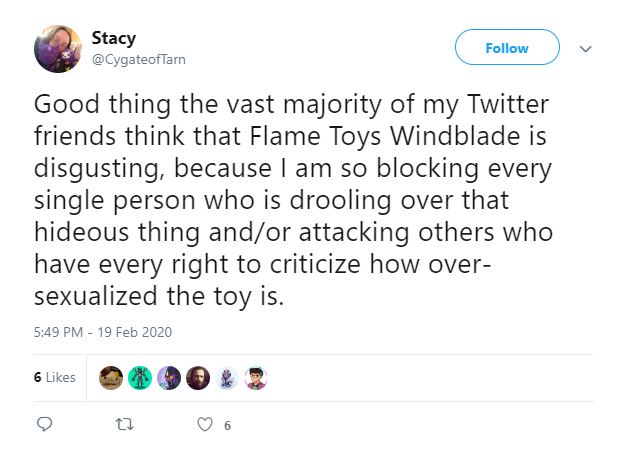 One person even said the figure was “made for a demographic that’s not representative of the TF fandom.”

Still another called it “horrible.”

OK that Flame Toys Windblade is horrible and if you’re defending it up to and including the point of targeted harassment you’re the disgusting scum of the Earth. Disagree and go ahead and unfollow me right now. My content is not for you. I’m not playing around

Following this outrage surrounding the figure, Flame Toys would delete the Twitter posts promoting the figure. It’s unclear if the deletion of the tweet was due to the outrage or it happened to be coincidental.

What do you make of this update from Flame Toys? Are you excited the new Windblade figure is still in progress? Do you plan on picking it up? What do you think the issues with the model kit are?