A regular viewer of Twitch is suing the company for $25 Million in damages, claiming that the “many sexually suggestive women streamers” present on the popular online streaming platform make “it nearly impossible for the plaintiff to use Twitch without being exposed to such sexual content.”

As recorded by documents obtained by Esports news outlet Dexerto, the complaint against Twitch was first submitted to the Santa Clara Superior Court of California on June 15th by user Erik Estavillo, with the company receiving an “official summons” shortly after on June 19th.

As stated in the complaint, Estavillo suffers from several medical conditions, including depression, OCD, and sex addiction, the last of which he claims has been “extremely exacerbated” due to Twitch “displaying many sexually suggestive women streamers” and “making it nearly impossible for the plaintiff to use Twitch without being exposed to such sexual [sic] suggestive content.” 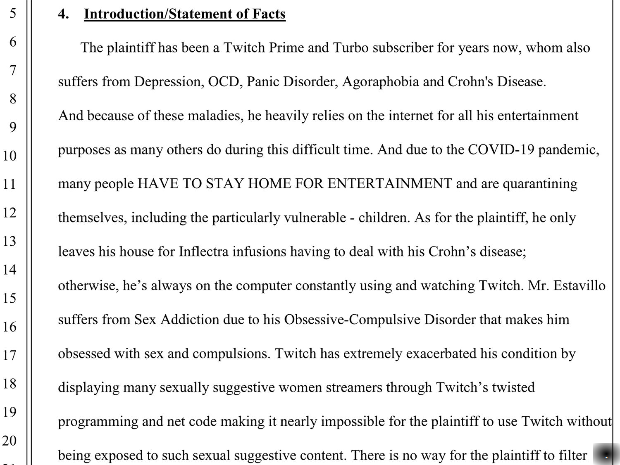 At the time of the complaint’s filing, Estavillo was “following 786 female streamers and 0 male streamers” arguing that channels “with thumbnails showing these scantily clad women, alongside men, of being the only streaming channels available to him.” 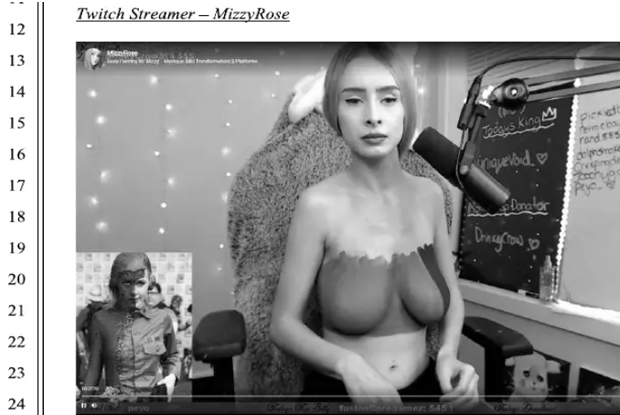 The complaint also takes issue with the general behavior of certain “women streamers who are only streaming with the sole purpose of taking advantage of such disadvantaged individuals who just want to watch a video game stream through Twitch, but then are enticed to spend money on these women for attention and sexual innuendo the streamer may do when donated to.” 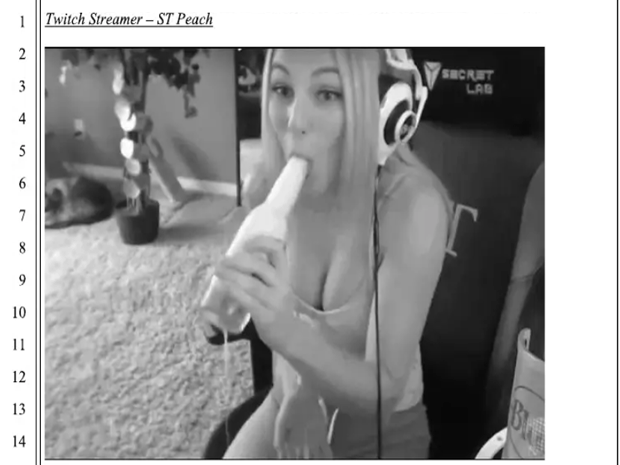 Proceeding to cite Twitch’s own Terms of Service, as well as providing photographic evidence of the behavior in question, the complaint also raises the issue of the continued failure by Twitch to take action against “these violators of their own TOS” and reason that this failure was because “these female streamers continue to generate Twitch a lot of revenue, via subscriptions, donations, and bats – of which Twitch takes more than half.”

Specific streamers named in the complaint include: 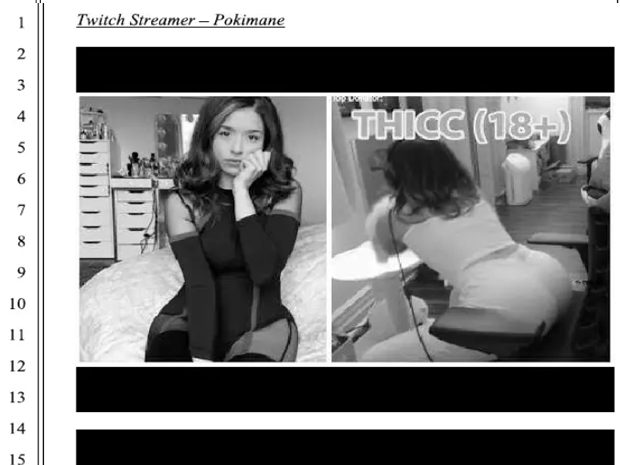 Providing three “examples, although a bit graphic” of specific harm he experienced as a result of these sexually suggestive streamers, Estavillo describes how his constant use of a masturbatory aid has caused “redness and mild infections at the tip,” his retinas have been damaged due to “[staying up] for hours staring at the breasts of girl streamers,” and a small fire was caused by the act of ejaculating on his PC monitor. 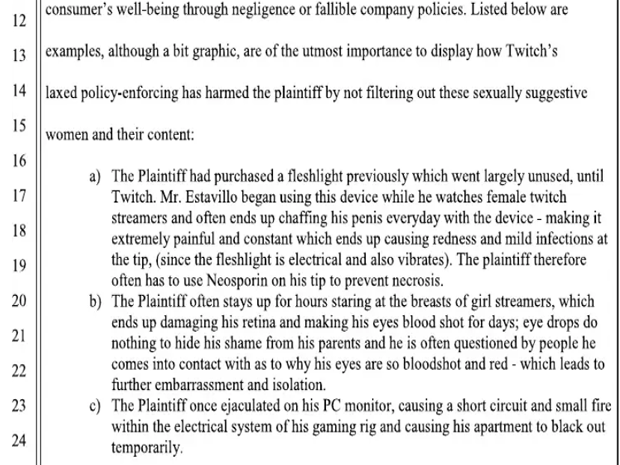 According to his request for relief, Estavillo is seeking no personal reward, instead asking for an “immediate cancellation and PERMANENT BAN [sic] of the female streamers listed above, along with any other female (or male) streamers that violate Twitch’s own TOS in a similar way” and $25 Million in punitive damages “to be donated to both COVID-19 and Black Lives Matters charities and funds of the Court’s choosing.” 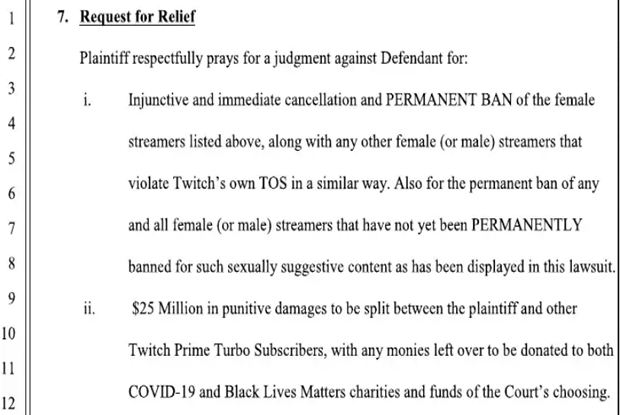 As of writing, Twitch has not publicly addressed Estavillo’s lawsuit.