Children’s author Gillian Philip, who along with a number of other novelists wrote under the pen name Erin Hunter, has been fired from her publisher Working Partners after supporting Harry Potter scribe J.K. Rowling.

Philip, who wrote under the name Erin Hunter on the fantasy series Warrior Cats, Survivors, and Bravelands, came under fire from a Twitter mob after she changed her Twitter profile to include #IStandWithJKRowling. 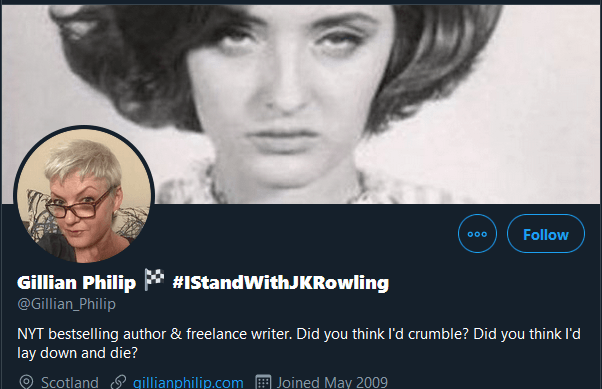 Rowling herself has come under fire for defending biological sex in a number of tweets as well as on her blog. She was heavily targeted after she supported fired researcher Maya Forstater back in December.

Since then the attacks on Rowling have increased as she has been much more public in her defense of Forstater as well as biological sex.

Rowling added, “I know and love trans people, but erasing the concept of sex removes the ability of many to meaningfully discuss their lives. It isn’t hate to speak the truth.”

After Philip changed her Twitter profile to show her support from Rowling, the Daily Mail reports she “received sexualised abuse and deaths threats from the trans lobby.” 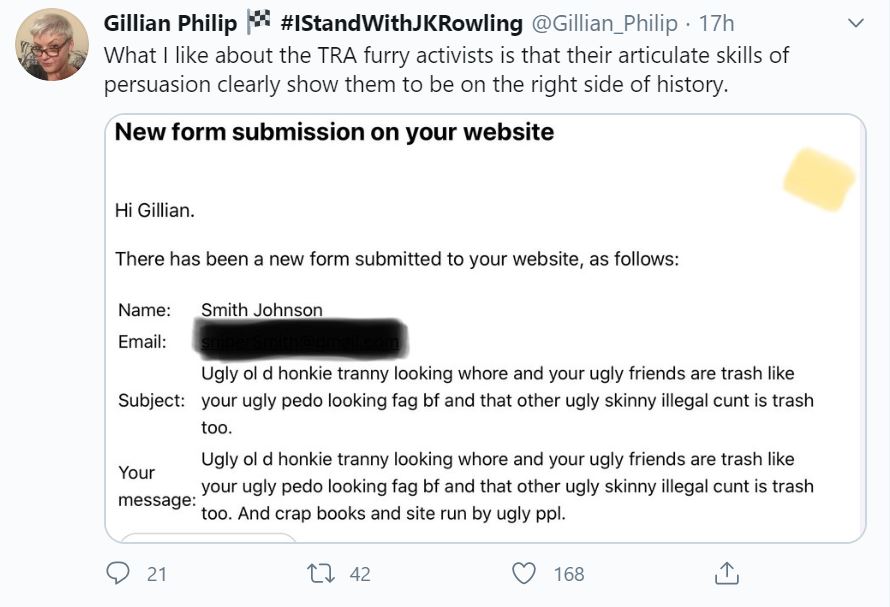 Others typed expletives and accused her of being a transphobe on Twitter.

However, Philip was unfettered. She responded to those attacking her writing, “Bring it, homophobes and lesbian-haters. It’s still lockdown, I’m bored.”

This would seemingly inflame those attacking her and they began targeting her publisher, Working Partners.

Twitter user PhoenyxNF wrote, “Fire and denounce Gillian Phillip. Warriors has a large, young, LGBTQIA+ fan base and this is horrific to see coming from one of the people associated with the books in any way.”

They added, “Please fire her and make sure to never hire another person like her again.”

Prxyingmantid added, “how about you fire gillian phillip and officially denounce her.”

Austin Chappelle also stated, “Gillian Phillip is not someone I want to support! Until she is fired or reprimanded for her awful actions against minors and the LGBTQ community, I will be boycotting any books published by your company.”

Daily Mail reports Philip would be fired. They detail that Working Partners managing editor James Noble confirmed she had been sacked.

Noble stated, “The worlds created by Erin Hunter are meant to be inclusive for all readers and we want to let you know that Gillian Philip will no longer be writing any Erin Hunter novels.”

After the announcement was made Working Partners would see blow back from those defending Philip.

Iris Elgin wrote, “Many of your books are aimed at the age range I teach, indeed, are currently on the class bookshelf.”

Elgin added, “I won’t be buying any more for the children though – your attitude to Gillian Phillip is misogynistic and cowardly.” 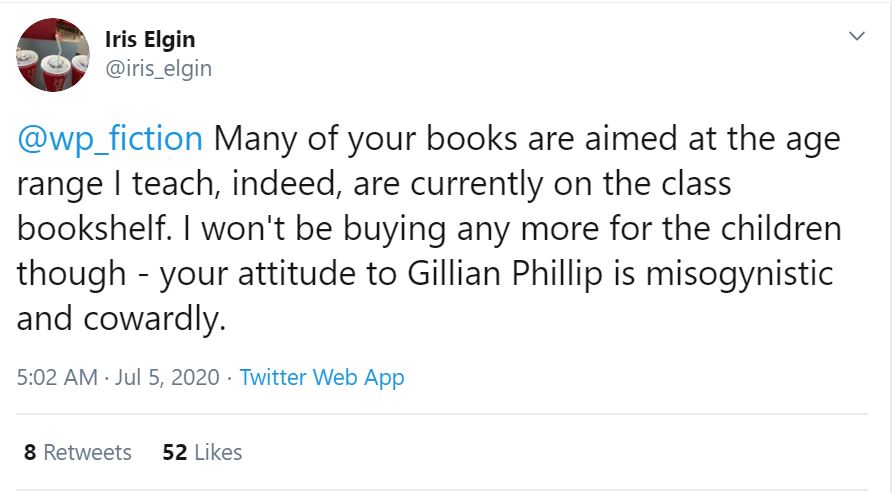 Twitter user Justgetonwith1T added, “Working Partners. You should be ashamed of yourselves. Gillian Phillip has shown more balls than any of you have got over her support for JK Rowling.”

He then wrote, “This is how fascism started. Follow the mob rule. Pathetic.” 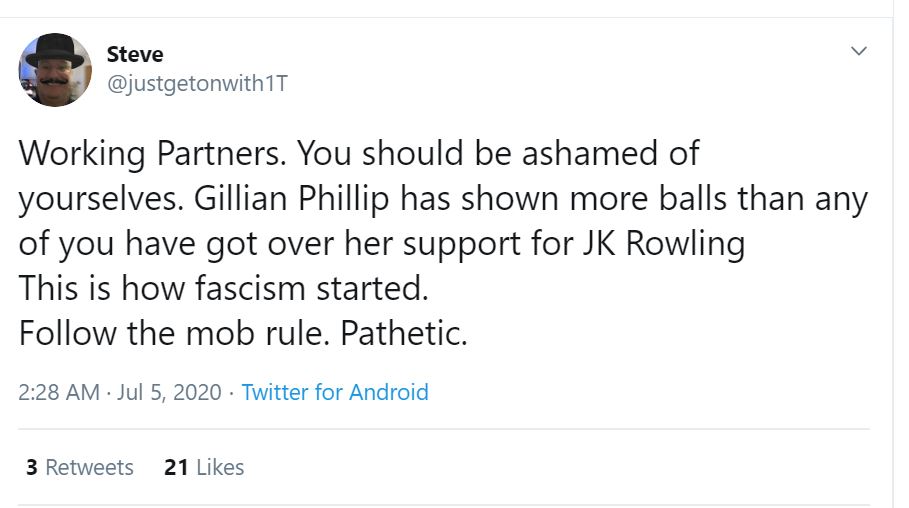