“Domon travels to Neo Canada to fight Andrew Graham and his Lumber Gundam, but Andrew refuses, and he is defeated unofficially, as no official match takes place.” 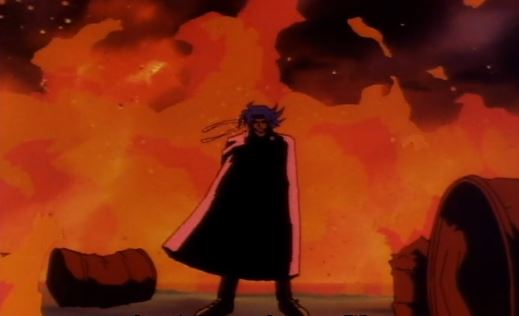 Bounding Into Comics will be reviewing subsequent episodes of Mobile Fighter G Gundam every week. If you aren’t caught up, be sure to do so. We will be reviewing Episode 9  “Powerful Enemy! Chapman’s Heroic Challenge” next week.