Author, Benjamin Lee Chaffins, has become the latest target of the outrage mob. Those wielding the pitchforks have taken issue with a two-year-old tweet made by the author. In it, he discusses transgender individuals serving in the military.

On July 30th, two days after the release of Discovering Tokusatsu: Interviews With The Makers of Godzilla, Gamera, Ultraman and other Kaiju Eiga, a critic brought up a 2018 tweet by Chaffins. In the Tweet, the author discussed the then-recent allowance of openly transgender individuals to serve in the United States military. 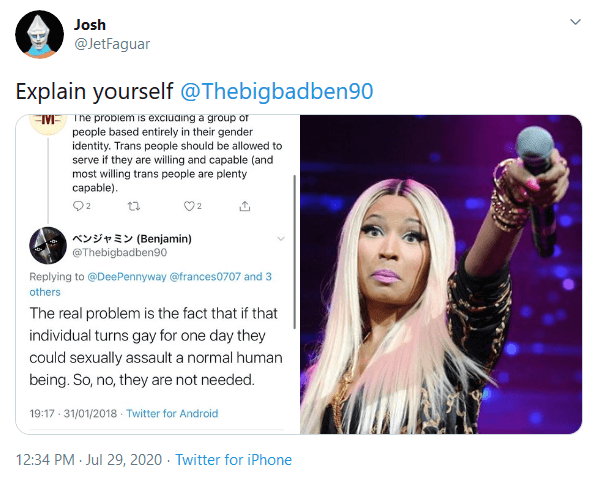 In his tweet, Chaffins asked,. “Why trans people are needed in the military?”

After receiving an unsatifactory explanation, Chaffins stated, “The real problem is the fact that if that individual turns gay for one day they could sexually assault a normal human being” and concluded that “no, they are not needed.” 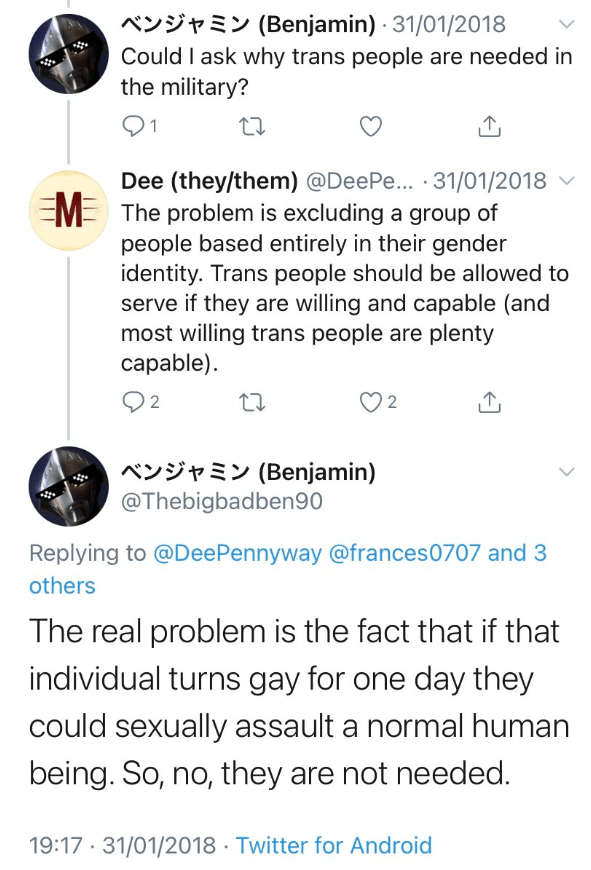 Because of the Tweet being brought back up, Chaffins was faced with a massive wave of backlash from Twitter activists. Many would go on to accuse the author of transphobia, homophobia and general bigotry.

He added, “I just posted an article that opens with direct excitement over your oncoming book Ben. And then this?!? My editor for that article and that piece is directly affected by this type of hatred.” 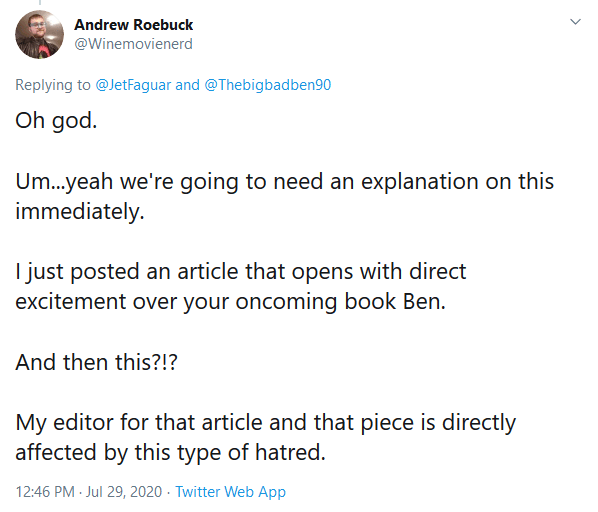 Another wrote, “I was really excited for this book bc I *love* the nuts and bolts of making toku and now I just feel sick to my stomach.”

Still another wrote, “I mean there’s literally evidence of him being homophobic that’s not even questioned at this point.”

They continued, “I wouldn’t be surprised if he has said misogynistic and racist, though that would require some digging.” 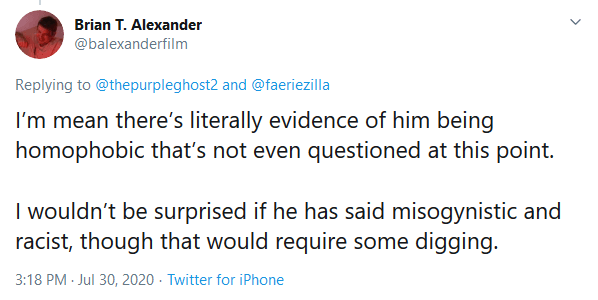 Among those who took issue with Chaffins tweets was IDW Godzilla artist Matt Frank.

Frank would state that he, “was actually quite excited for [Chaffins] upcoming Tokusatsu book until I found out about his deeply transphobic tweets.”

He’d go on to add that he hoped Chaffin “realizes how hurtful this worldview is.” 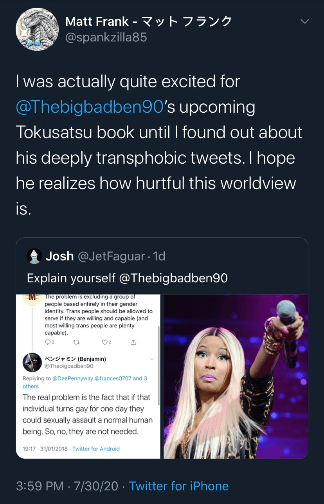 Initially, Chaffins defended his tweet and stood his ground; stating that he has “different political views that no one agrees with” and telling those offended to “get over it.” 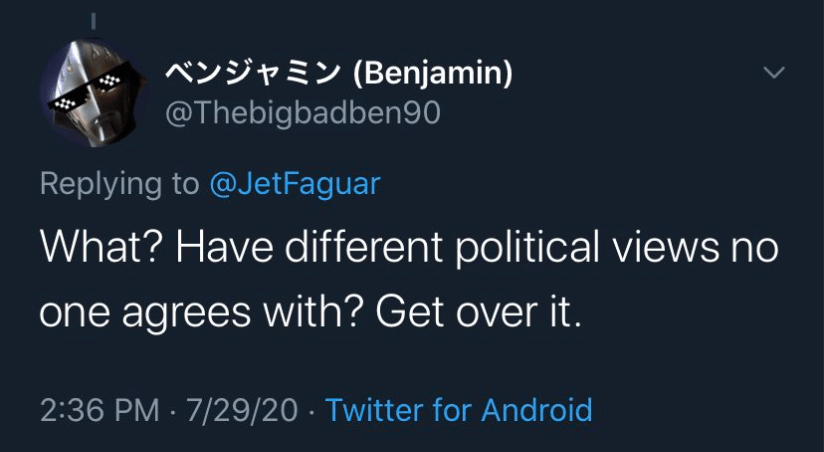 However, it didn’t take too long for the pressure to force capitulation. Chaffins would go on to delete this tweet and issue a public apology.

In the apology, Chaffins stated, “To the LGBTQ community, I know I can never really atone for the mistake I had made with a tweet I made 2 years ago.”

He added, “It was disgusting and very hurtful towards this community. As a result, I am sending out this tweet in hopes that the community can forgive me.”

He wasn’t done there. He would continue to further condemn his 2018 tweet. He called it, “very wrong, very demeaning, and very inappropriate.”

He then noted that he “can also understand if this apology is not accepted for the mistakes I have made.” He added, “As humans we must learn from our mistakes to do better, and I have learned from those mistakes.”

Though Chaffins seemed willing to kneel before the mob it wasn’t enough.

Unsurprisingly, the apology would fall on deaf ears. Twitter activists were unsatisfied and demanded further atonement from the author.

Andrew Roebuck added, “Don’t support the book Discovering Tokusatsu by Ben Chaffins or listen to the podcast Monster Island Film Vault until both parties have cleaned up their act.”

He then stated, “Simple apologies won’t do. Learn from your mistakes and take responsibility for them.” 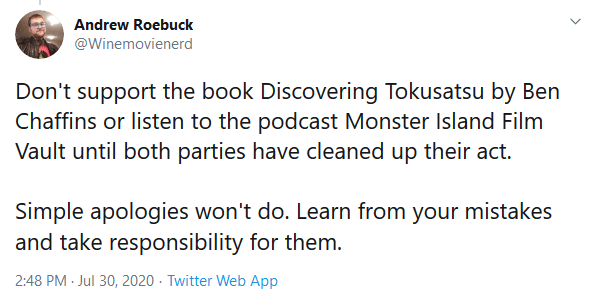 Another person wrote, “Donate a percentage of your new books sales to a LGBTQ+ charity such as the Marsha P. Johnson Institute and then show receipts. Maybe you’ll learn something and also do some good.” 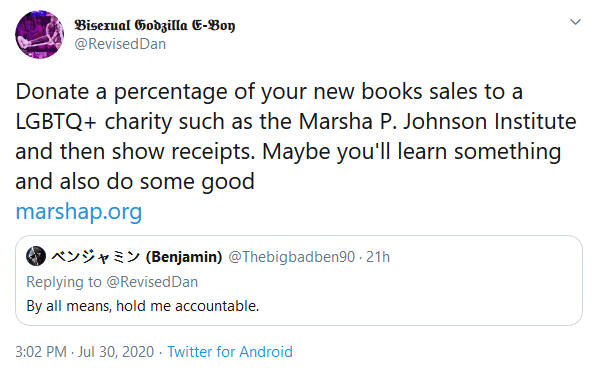 Seeing the implications of what happened to Chaffins, Frank attempted to insulate himself from claims of participating in cancel culture. In his Tweet, he said he deleted the initial tweet towards Chaffins, “to prevent cancel culture shenanigans.”

He’d go on to say that he hoped that Chaffins was “sincere and will remain so moving forward.” 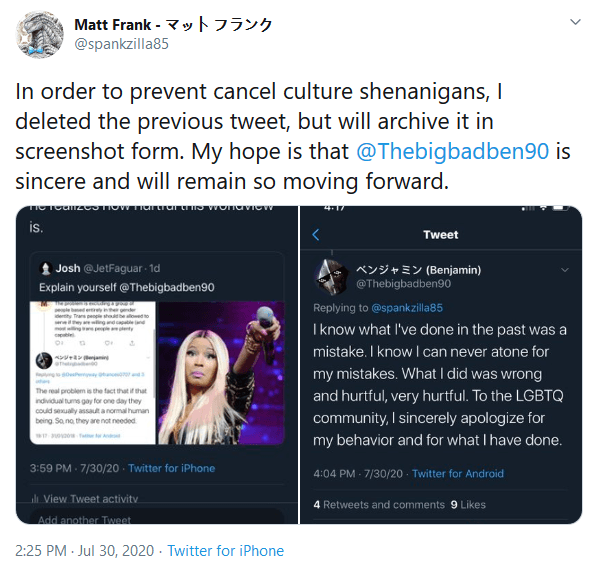 There is no telling what is in store for Benjamin Lee Chaffins as he now navigates troubling waters.

The entire event comes right after he released his latest book “Discovering Tokusatsu: Interviews With The Makers of Godzilla, Gamera, Ultraman and other Kaiju Eiga.”

In it, the book explores the history of various films in the tokusatsu genre.

What do you think of all this, was Chaffins correct in his apology?