A new Berserk manga announcement titled “The New Beginning” is scheduled to take place in the beginning of October.

As first reported by the Twitter account Manga Mogura the announcement is expected to take place on October 9, 2020. 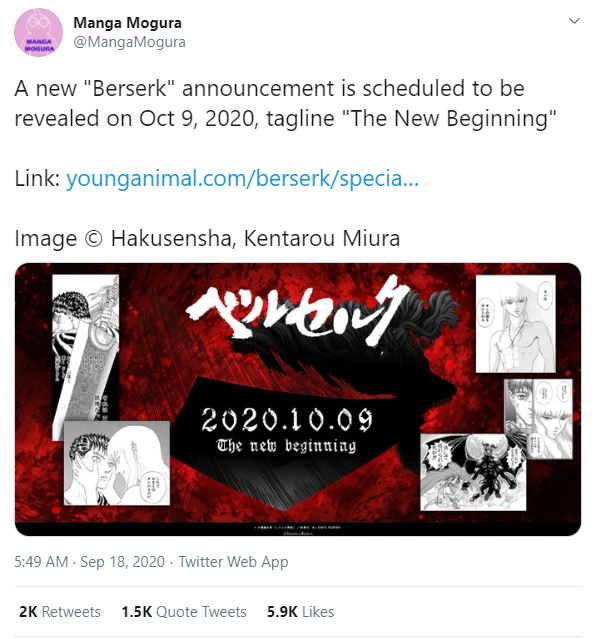 The announcement was made by Young Animal, the Japanese manga company that publishes Berserk.

There are no details on what exactly the announcement will detail.

The manga created by Kentaro Miura was first published in 1989 in the now defunct Monthly Animal House. The series is currently published in the bimonthly Young Animal magazine and has been since 1992. 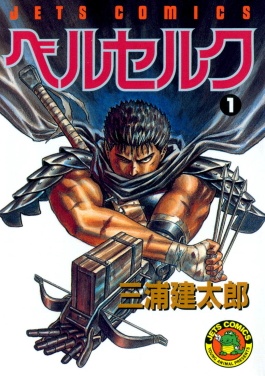 The manga follows a young warrior named Guts as he seeks to destroy his former friend turned demon, Griffith.

The series features a medieval setting where Guts faces demons, corrupt lords, and more. After Griffith betrayed Guts and had him branded, he is haunted by demons and other nightmarish creatures who track him through the brand.

Berserk recently returned back to publication after an eight month hiatus in April. 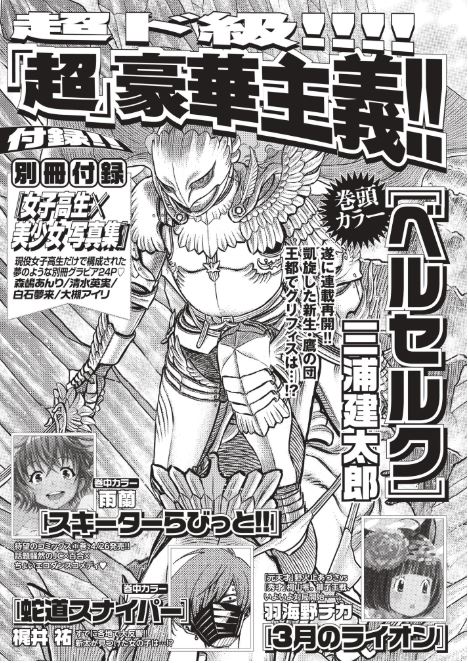 However, the series has since gone on another hiatus with last chapter, chapter 361 “Gorge,” being published in July. 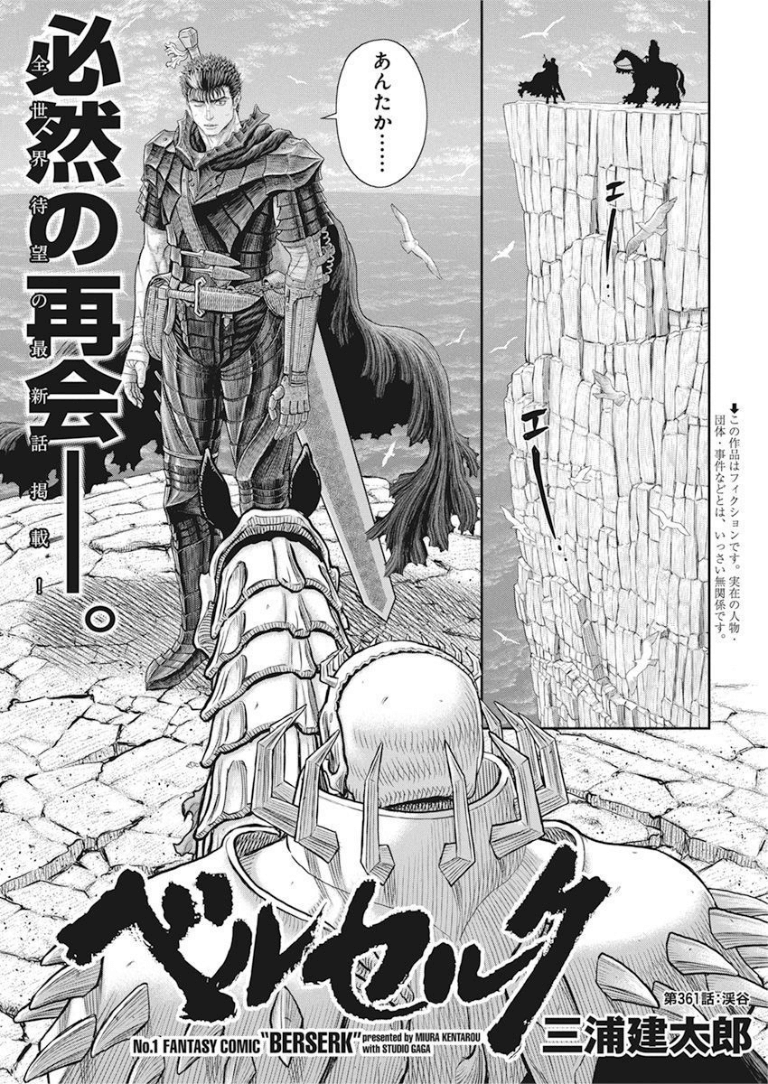 There have been 40 volumes of the manga compiled, with English translations being handled by Dark Horse Comics. Dark Horse has also begun collecting the series in a deluxe format. So far they have published five deluxe editions with the fifth debuting in July 2020. The fifth edition collected Berserk volumes 13-15 and includes Berserk Prototype.

The manga has also been spun off into a light novel, with the first one Berserk: The Flame Dragon Knight from author Makoto Fukami being published in April 2019. 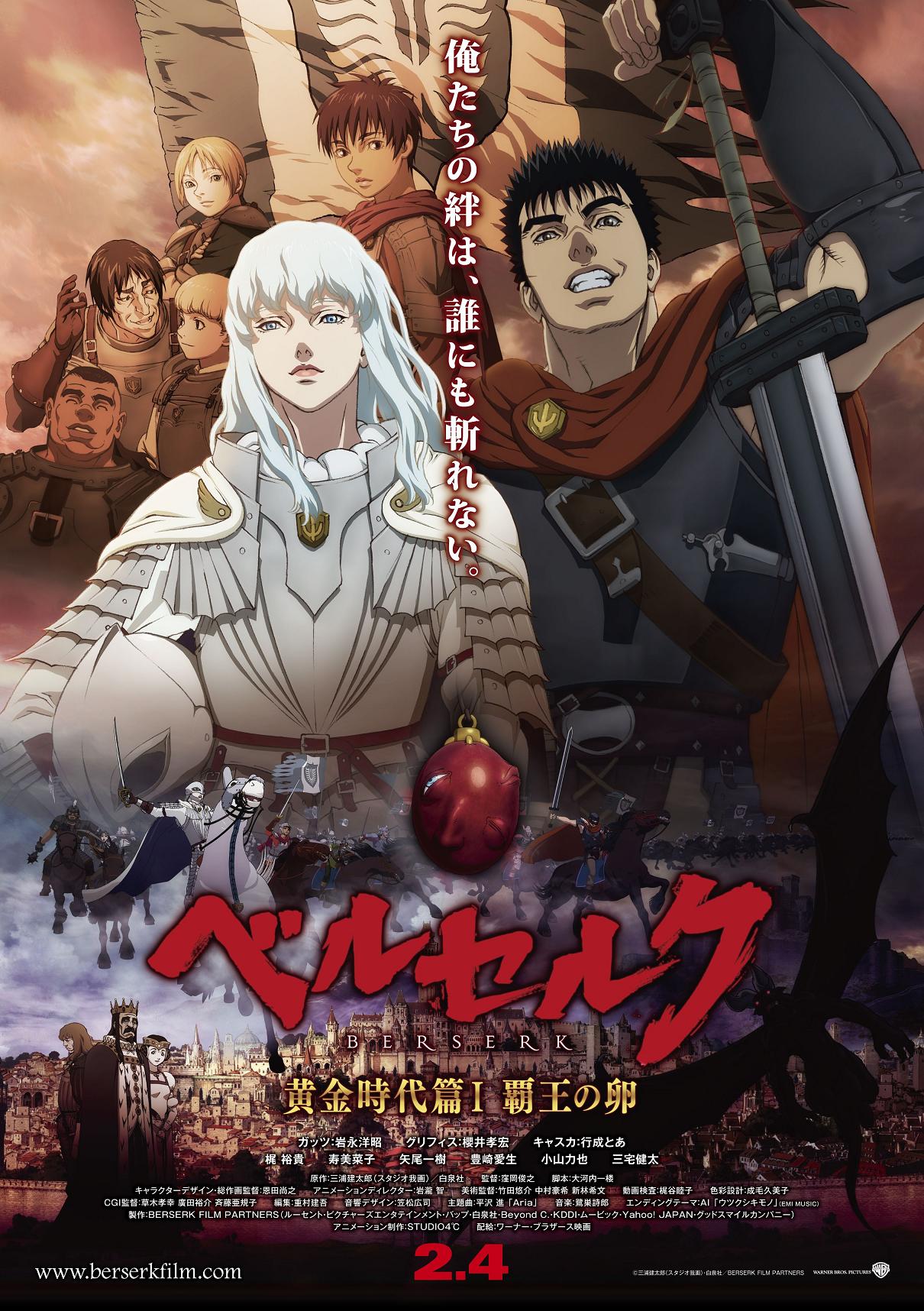 The series has also been adapted into two anime series. The first one was produced by Oriental Light and Magic in 1997 and adapted the Golden Age arc. It ran for 25 episodes. The Golden Age Arc would also be adapted into a trilogy films and released beginning in 2012.

A second anime series with 24 episodes would be broadcast in 2016.

What do you think this “The New Beginning” announcement could be?