Fantastic Beasts and Where to Find Them star Eddie Redmayne has come under fire for criticizing the “vitriol” being leveled towards Harry Potter author J.K. Rowling for her comments on transgender issues. 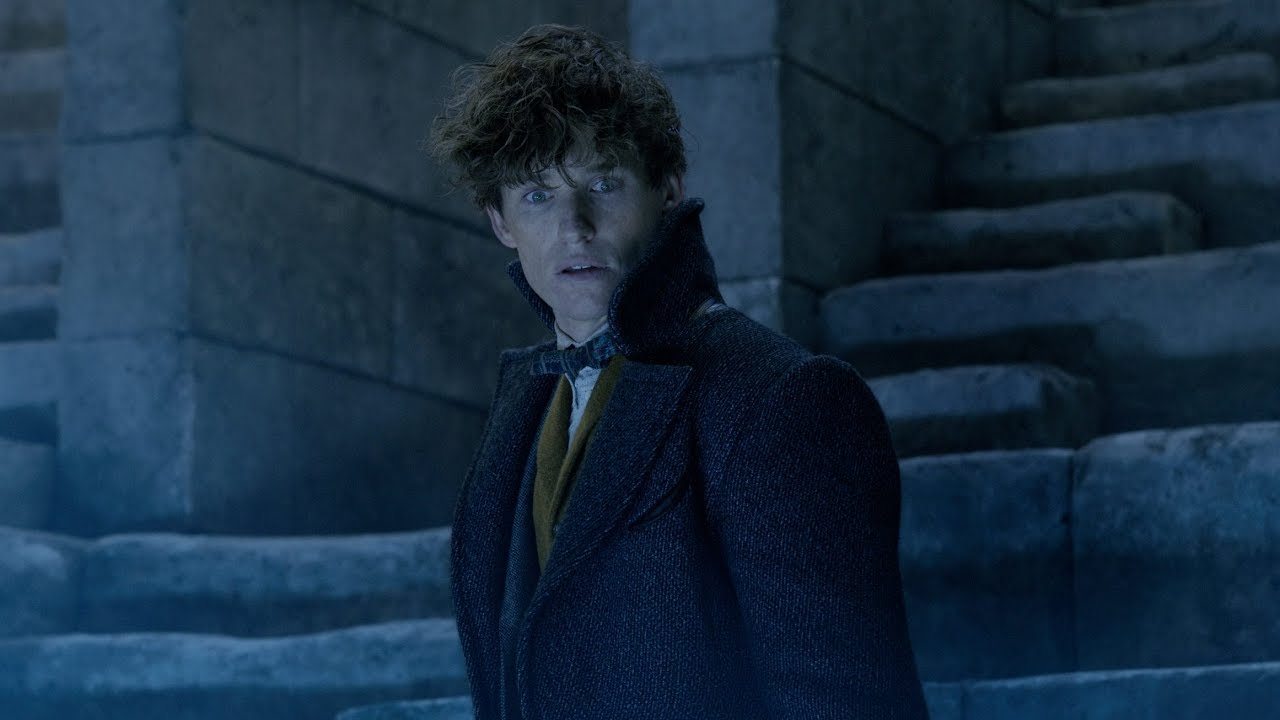 On September 24th, Redmayne spoke with U.K. newspaper The Daily Mail in promotion of his upcoming film The Trial Of The Chicago 7, a dramatic retelling of the real-world trial of eight anti-Vietnam protestors charged with conspiracy and rioting during the 1968 Democratic National Convention. 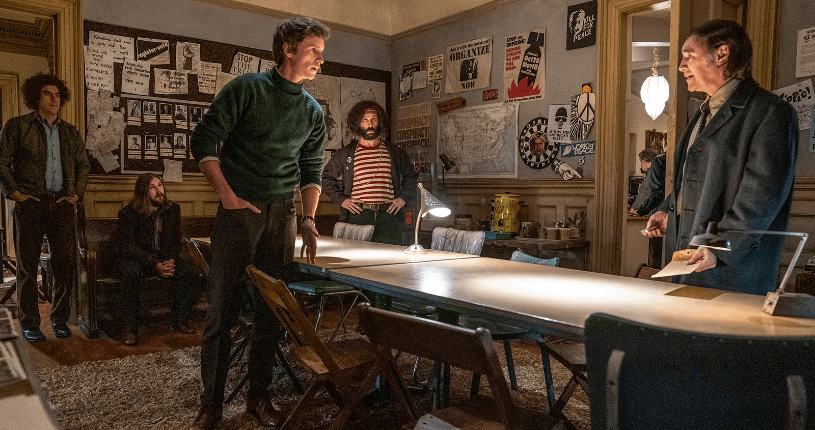 Given the film’s subject matter of protests and dedication to one’s beliefs, the discussion inevitably turned to the topic of Rowling and her vocal defense of biological gender.

Redmayne stated that while he strongly disagreed with Rowling’s statements, he found the amount of “vitriol” being directed towards her to be “absolutely disgusting” and wrote a private note of support to Rowling in the face of these attacks. 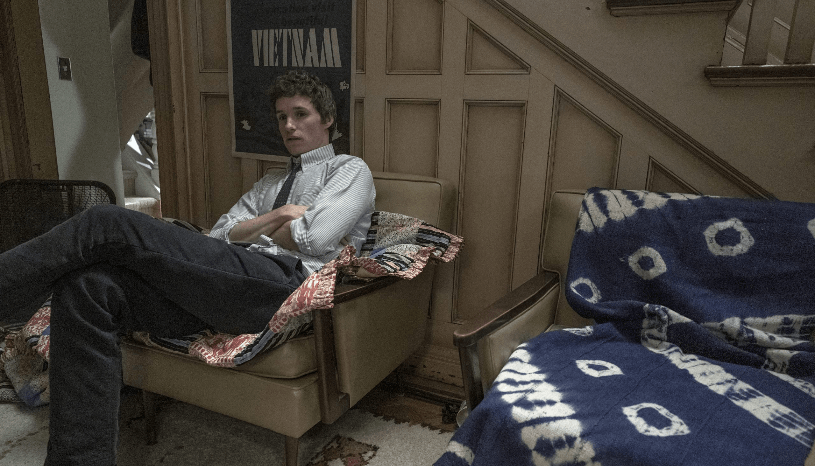 He noted that it was as “equally disgusting” as the abuse hurled towards trans people.

“Similarly, there continues to be a hideous torrent of abuse towards trans people online and out in the world that is devastating,” he concluded. 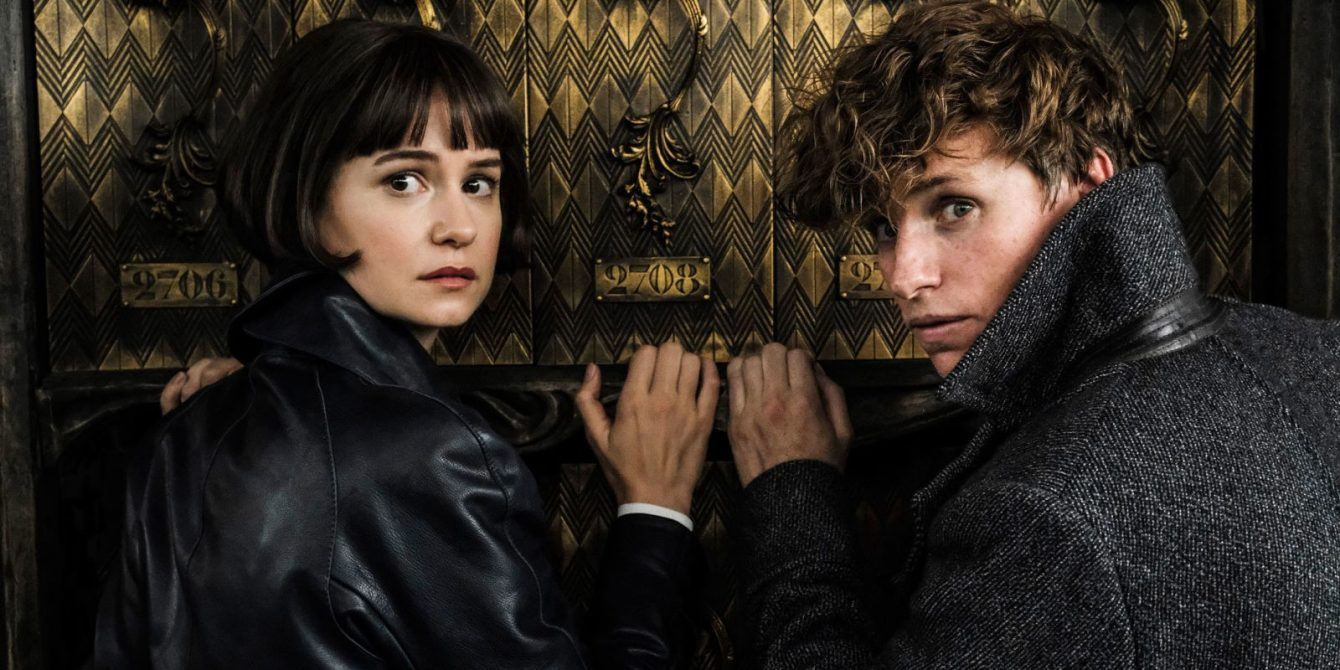 Despite his explicit clarification that he disagreed with Rowling’s opinions, Redmayne was soon attacked and accused of transphobia by internet activists who took issue with his defense of Rowling, particularly in the wake of his portrayal of a trans woman in The Danish Girl.

“Who would have thought that the talentless opportunist who jumped at the chance to “play trans” for Oscar bait would be this pathetically clueless?” wrote Pajiba and Syfy FanGrrls writer Kayleigh Donaldson. 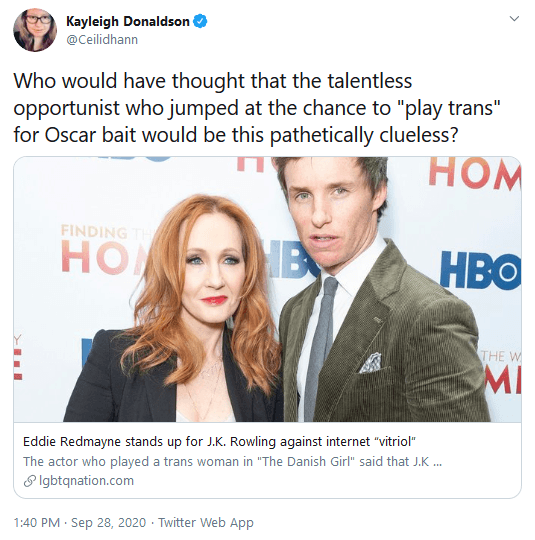 Journalist Alim Kheraj asserted that “Eddie Redmayne should be ashamed of himself” for a perceived failure to take “a stance against the harm that rowling [sic] is causing trans people every day” and declared the actor to be “a spineless little man.” 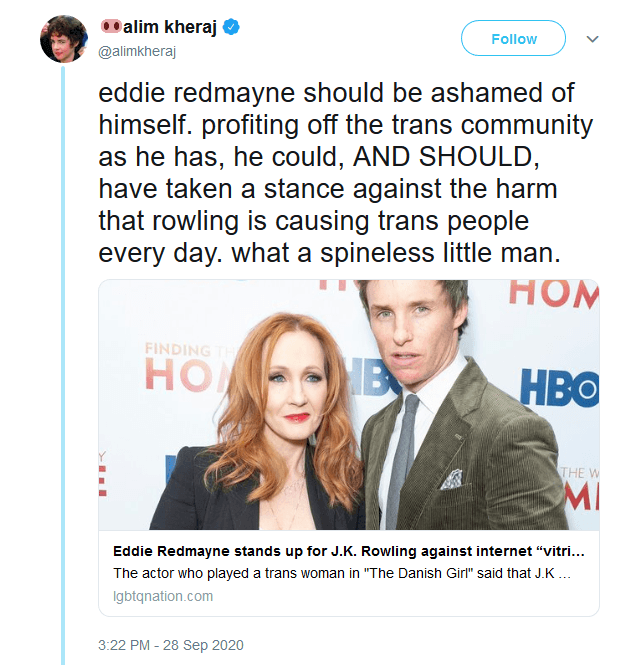 “Well, I guess I don’t like like Eddie Redmayne anymore,” wrote Alliance For Justice Press Secretary Zack Ford. “Agreeing to play a trans character wasn’t great in the first place, but defending J.K. Rowling? Someone cares more about his Fantastic Beasts career than the trans friends he claims to have.” 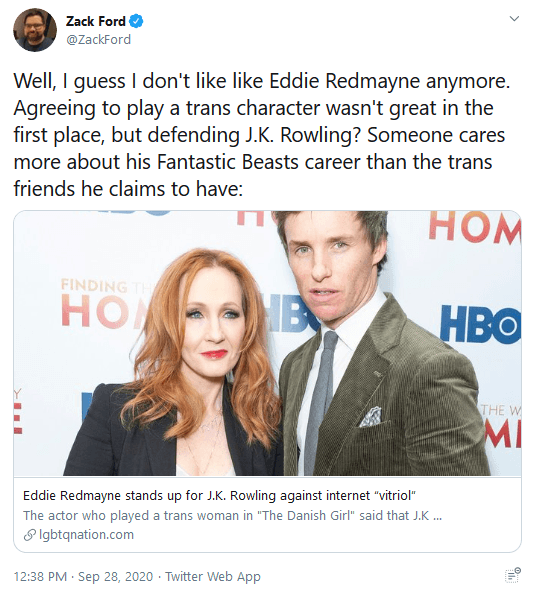 “What about the hate SHE is causing?” asked writer Vaneet Mehta.

“She isn’t getting hate,” he argued. “She is hating on a minority group and is getting, quite rightly, condemned by the public for doing so!” 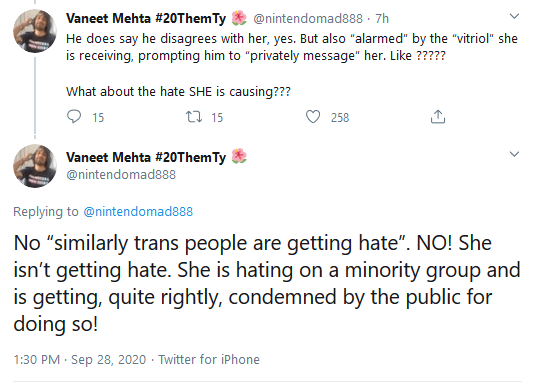 Earlier this year, Redmayne publicly criticized Rowing for a tweet in which she mocked the growing aversion to using the term ‘woman’, stating that “I disagree with Jo’s comments. Trans women are women, trans men are men and non-binary identities are valid.”

“I would never want to speak on behalf of the community but I do know that my dear transgender friends and colleagues are tired of this constant questioning of their identities, which all too often results in violence and abuse,” Redmayne stated. “They simply want to live their lives peacefully, and it’s time to let them do so.” 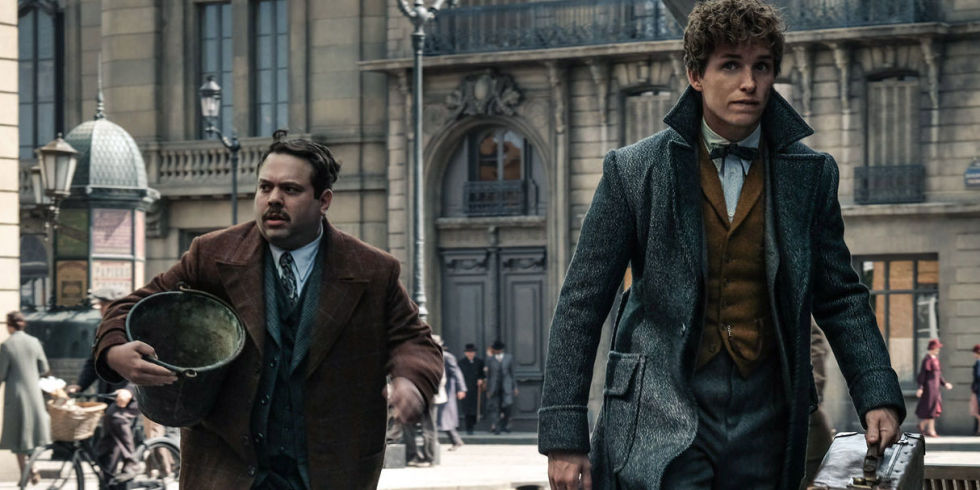 Redmayne is currently filming the third Fantastic Beasts and Where to Find Them film, which is set for a November 21, 2021 release date.

Do you agree with Redmayne’s defense of Rowling? Let us know your opinion on social media or in the comments down below!