Elderly couple Robert (Richard Jenkins) and Theresa (Debra Winger) along with their 26-year-old daughter Old Dolio (Evan Rachel Wood) don’t know how not to make everything a scam to try to benefit themselves. They mostly struggle to pay the essentials and are three months behind on rent. They live in a one-room office that shares a wall next to a factory that leaks buckets of pink foam multiple times a day.

Old Dolio has never had a normal life with her parents. They’ve never shown her compassion or treated her like a loved and respected daughter. They’ve only ever split everything with each other three ways. 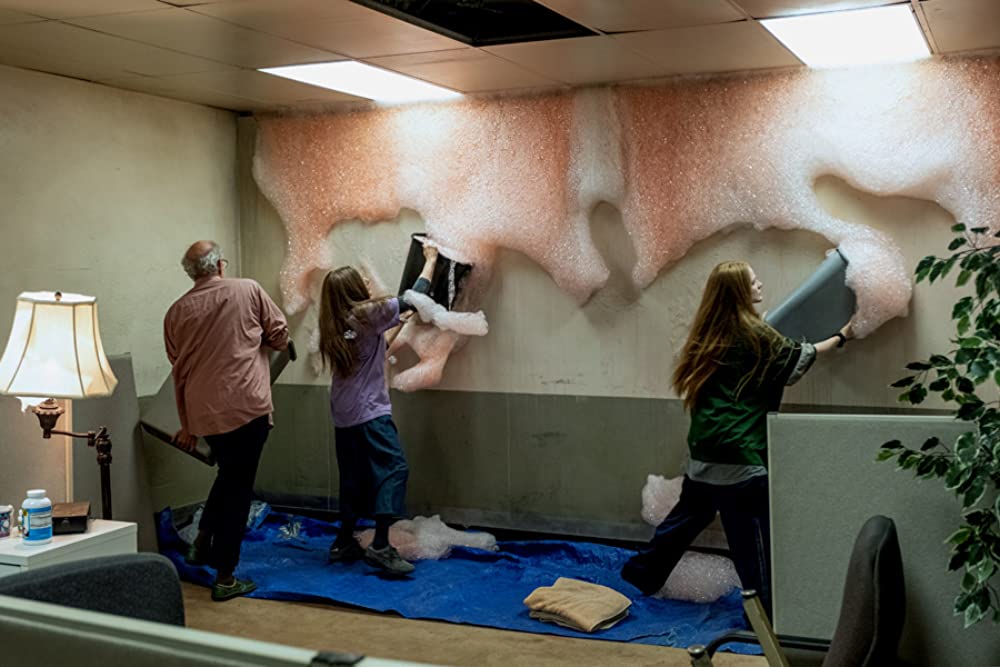 After flying to New York and back in an effort to cash in on a lost baggage insurance claim, Old Dolio’s parents befriend a young woman named Melanie (Gina Rodriguez) who they allow to be included in the current heist they’re planning. Old Dolio feels betrayed; like an intruder is invading her territory. But Old Dolio doesn’t count on her encounter with Melanie unlocking her inner potential for the better.

The similarities between Miranda July’s Kajillionaire and Bong Joon-ho’s Parasite feel like they’re important enough to acknowledge. Both films are about a family of con artists revolving around said con artists being poor and stealing from the wealthy. The main difference though is that the Kim family in Parasite had scams and heists down to a fine art. They were scary intelligent and manipulated their stories and backgrounds on the fly like painters adjusting their current works because of limited supplies. 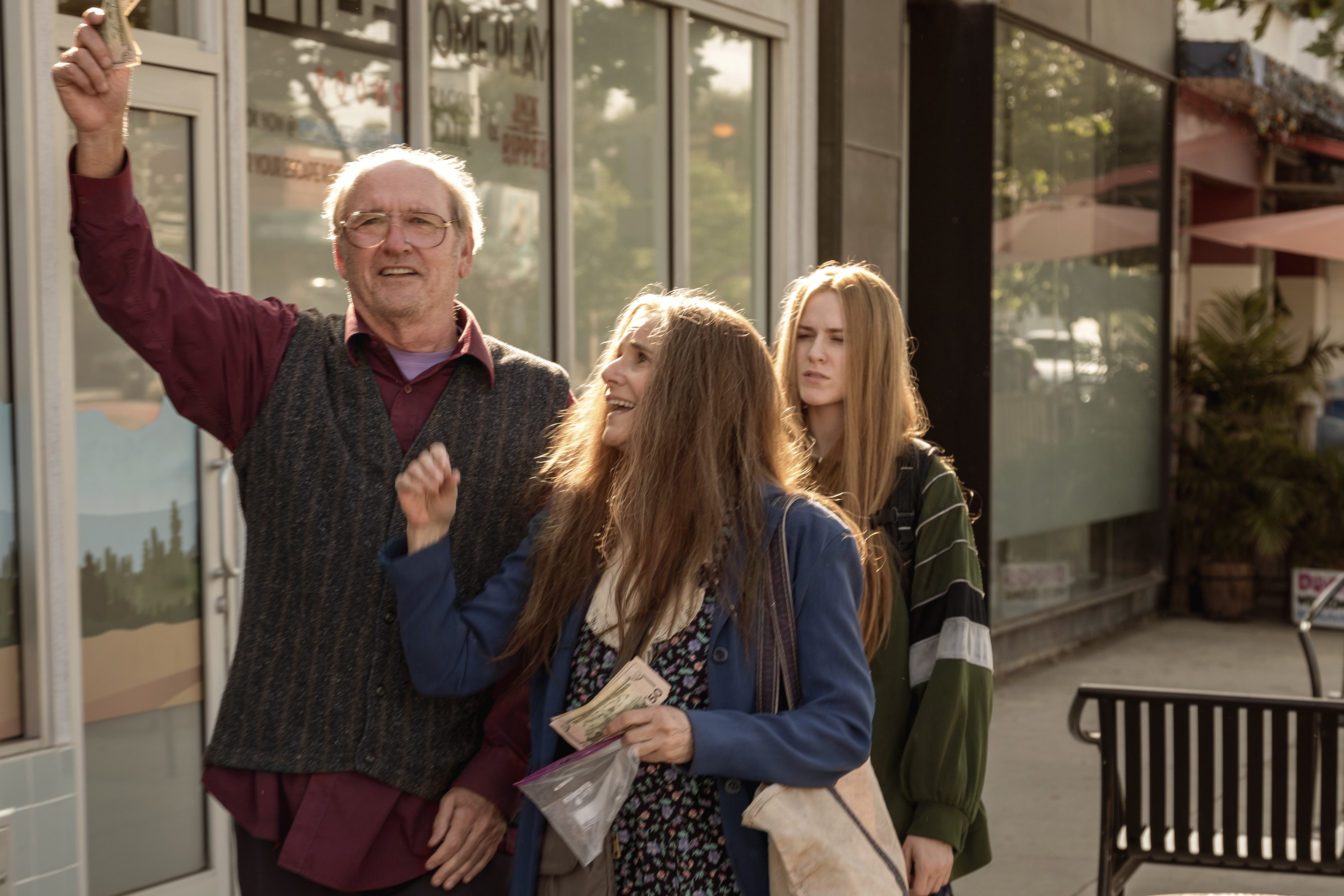 The Dyne family from Kajillionaire let their desperation consume them. Their superstitions and eccentricities give the trio a wobbly demeanor resulting in them seeming like blundering amateurs despite them seemingly doing this their entire lives.

In Parasite, the Kim family may have been con artists but there was a thick and unbroken camaraderie between them. However, you get the impression that Robert Dyne wouldn’t think twice about trading in his wife and daughter for a decent meal or a mediocre pair of shoes.

You’re drawn to Robert’s sleaziness and Theresa’s inability to show proper love for her daughter. Despite the two of them being sleazy snakes that seem like despicable people, they also come off as characters that aren’t purposely malicious.

Haggling, getting something for nothing, and scamming their way from one dollar to the next is all they’ve ever known. Their cold and stoic behavior is due to them not ever really having the chance to enjoy life. Everything in life has just been a never ending string of heists and cons and the Dyne family has never had a vacation or a day off. 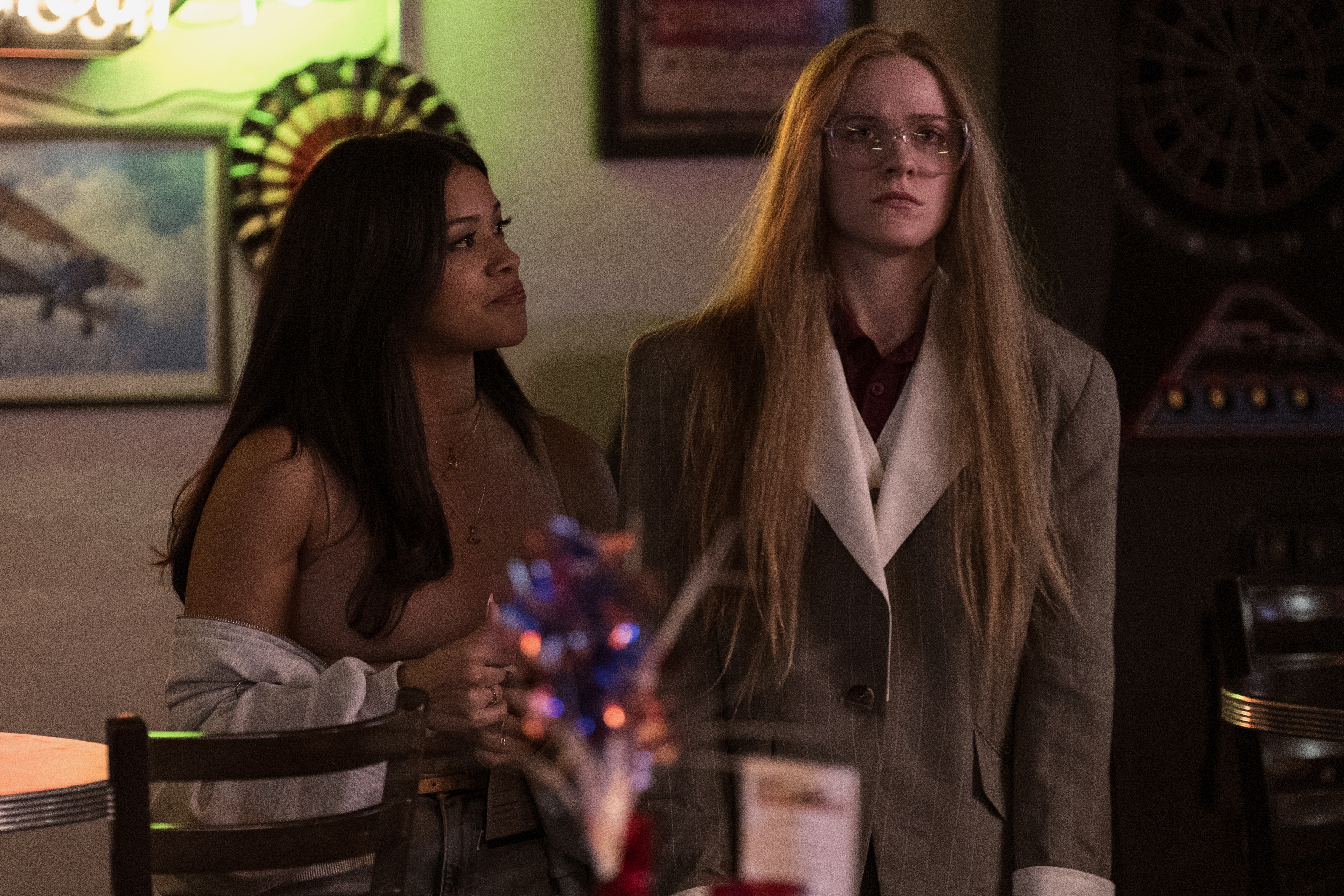 Being within her parents’ greedy grasp is the only way Old Dolio has ever lived. Throughout the entirety of Kajillionaire, she seems to be attempting to do something on her own even if it’s just something small. The baggage claim scam is her idea while another job results in her finding interest in pregnancy classes even though she isn’t pregnant.

Old Dolio is extremely adamant that her and her parents have always split things three ways, but in reality it feels like she not only wants her parents to love her but that she simply wants recognition for her achievements, as well. 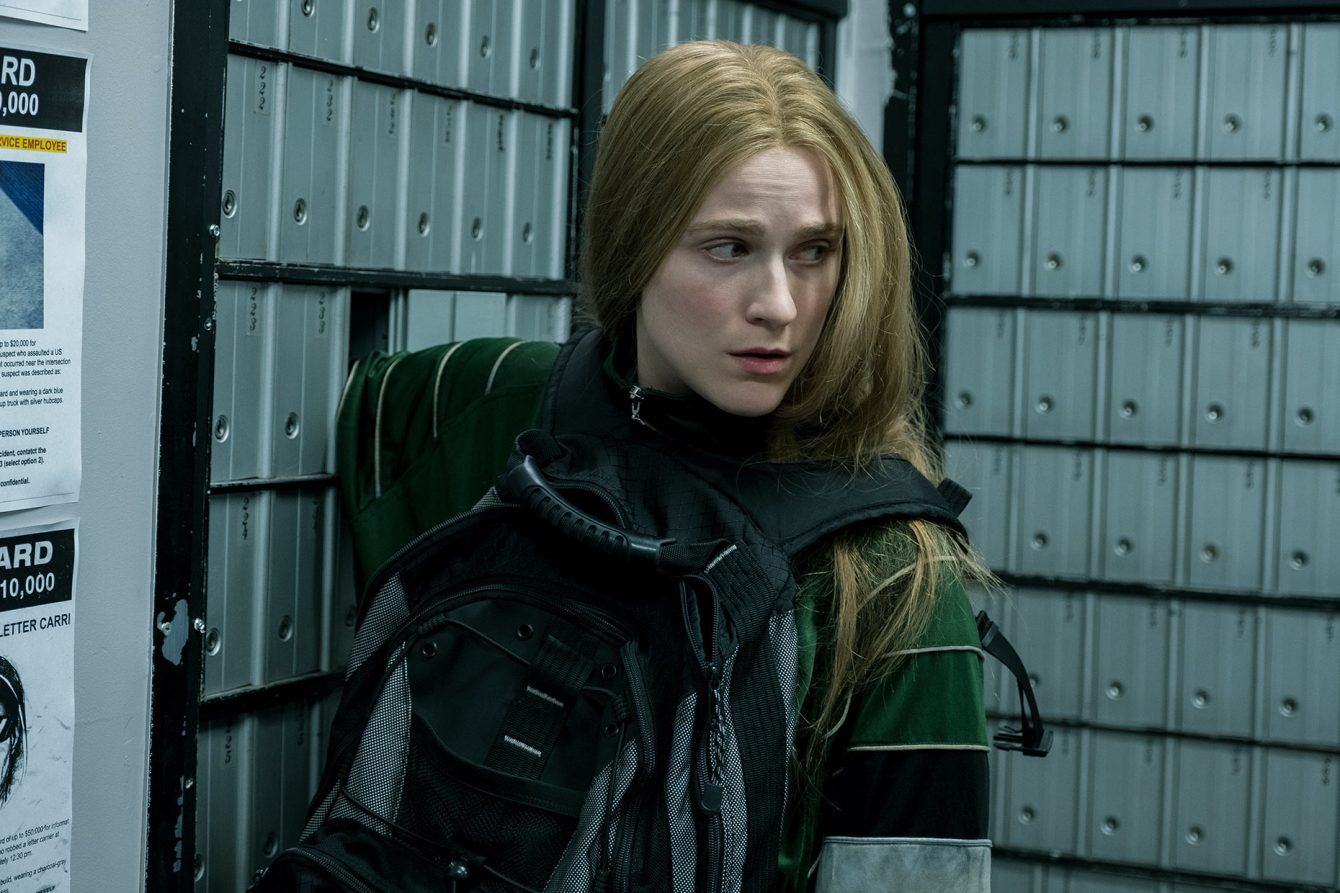 Old Dolio basically goes through a hesitant, but much needed transformation throughout the course of Kajillionaire. While it’s nothing incredibly drastic, she is forced to evolve in some capacity. While she initially seeks out stepping out of her parents’ shadows, she doubts how far she can go when an actual opportunity presents itself. Melanie begins as a rival of sorts for Old Dolio, but she becomes her biggest inspiration.

The film toys with slight tremors and common earthquakes occurring regularly and the Dynes being convinced that a big one is coming to swallow the world and reboot mankind. Meanwhile, Old Dolio desires love and empathy and yet can’t stand to be touched. These are concepts that are explored and fleshed out in Kajillionaire. Old Dolio seems to want to live more by the end of the film by doing things she hasn’t done and feeling things she’s never felt. 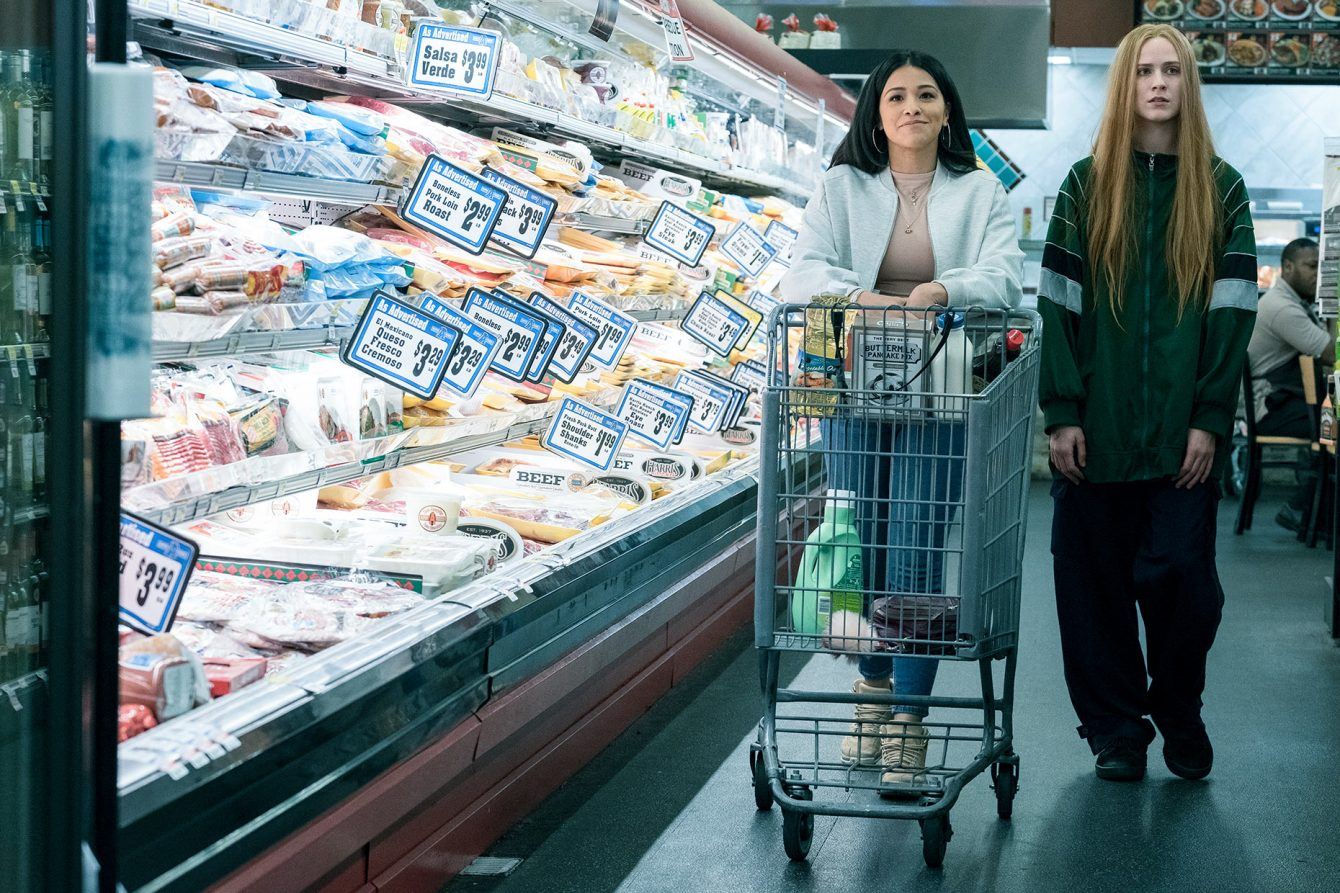 Kajillionaire gets clunky and lopsided in its second half, especially when so much time is devoted to Melanie attempting to do all the things with Old Dolio that her mother hasn’t. What makes Kajillionaire worthwhile is that even though the Dynes are shady, untrustworthy, and somewhat crafty individuals the film ends up being about earning your own worth, feeling relevant in your own skin, and finding value in yourself through the Old Dolio character.

We’ve all felt a certain kind of pressure regarding making our parents proud or following in their footsteps, especially for people who grew up as an only child. There’s an awkwardness and uncomfortable quality throughout the film that only makes the film more relevant overall. The thing is that you’re going to bumble around on your own the first time you try anything by yourself as an adult, but the more you do it the easier it gets. That’s the message Kajillionaire wants to shoot for.

Maybe we didn’t get the upbringing we wanted or maybe we never had the chance to express the way we’ve felt over the years, but there’s always time to improve on that and become better at it over time. There’s always going to be someone by your side that wants the best for you. Kajillionaire is certainly all thumbs in its execution, but its message cuts as deep as a gift certificate for a free one-hour massage.