Ruffalo took to Twitter, where he wrote, “Just going over it all in my head. The way Mike Pence constantly interrupted and spoke over Kamala Harris  was the prime example of white male supremacy and its common dismissal and disrespect for black woman.”

Vice President Mike Pence isn’t the only official in President Donald Trump’s administration that Ruffalo has accused of white supremacy.

He wrote, “White supremacy has no place in the White House. Bannon didn’t take all of his bigotry with him—fire Gorka & Miller.”

Ruffalo would double down on his attacks against Bannon, Gorka, and Miller a day later writing, “Gorka & Miller are Bannons by different names. There’s no room in the White House for their white supremacist views.” 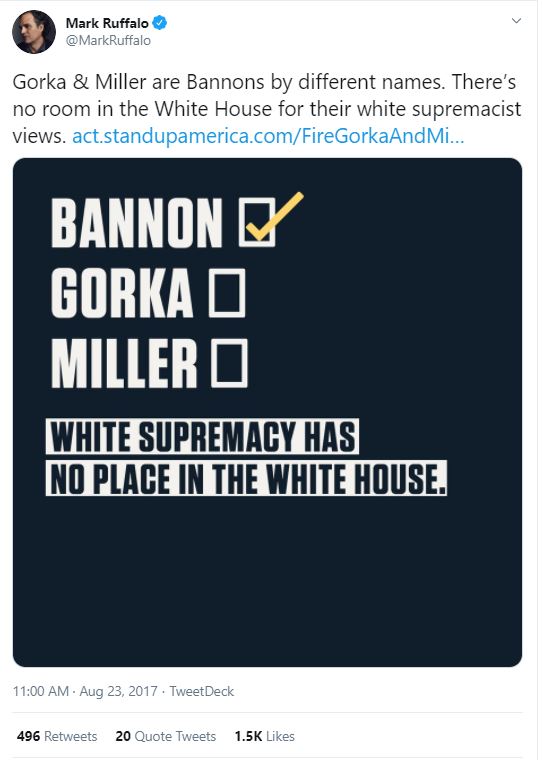 He previously went after Bannon earlier in August when he shared a story from The Intercept reporting that Steve Bannon was fired. He wrote, “Minus one white supremacist. They never were big on diversity anyway.” 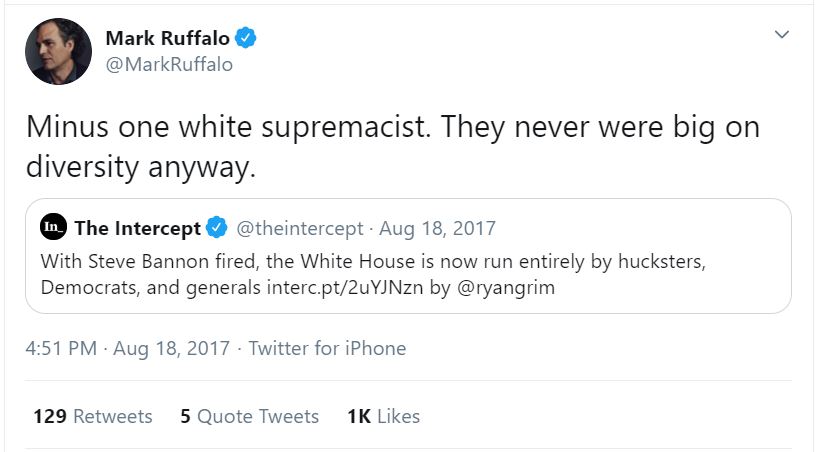 Not only has Ruffalo accused numerous Trump administration officials of white supremacy, but he also quoted the headline of Britain’s The Guardian article that claimed in 2017 that “Trump’s voter fraud commission is a shameless white power grab.” 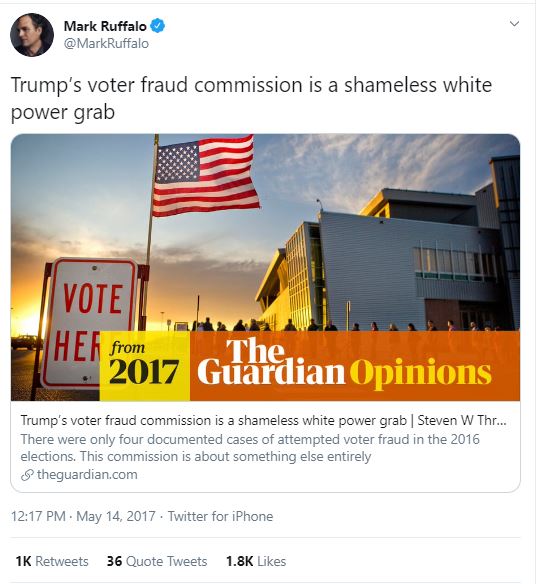 Ruffalo’s attack against Vice President Mike Pence comes the same day the actor got naked along with a number of “celebrities” in an attempt to try and get Americans to vote, specifically in Pennsylvania.

What do you make of Mark Ruffalo’s about Vice President Mike Pence?